Sadhguru continues the tale after Shantanu marries Satyavati, and looks at how Bhishma creates an unfortunate situation in trying to secure the future of the Kuru clan.

Sadhguru: So, Shantanu took his son’s life away, just as Yayati wanted his son’s youth. Shantanu had two children with Satyavati. The first one was known as Chitrangada, the second was known as Vichitraveerya. Chitrangada, an arrogant young man, went out one day into the forest. He encountered a gandharva – a being with extraordinary skills who came from elsewhere – who was also named Chitrangada. When this gandharva asked the boy “Who are you?”, he proudly said, “I am Chitrangada.” The gandharva laughed and said, “How dare you call yourself Chitrangada? I am Chitrangada. You better change your name. This is my name. You are unfit to carry my name.” The young prince stood up and said, “How dare you say that! It looks like you’ve lived too long. Come, let us fight because my father has named me Chitrangada and this is my name.” They fought, and in a moment the boy was dead.

Now there was only one son left – Vichitraveerya. “Vichitra” means strange or distorted, “veerya” means masculinity. He was a strange or distorted masculinity. We don't know exactly what that means. He was either unwilling to get a wife or incapable of getting a wife. Getting a wife or getting a child isn’t something we should look at in today’s context. It was the most important thing at that time because being a king, the first concern is that they must have sons. Otherwise, who would be next in the lineage? Every day, they were going into battle. Whoever you may be, you may get killed. If you get killed, did you have a son or not was a very important aspect. That was why they were always thinking about taking a wife and having a son because if you didn’t have a son, your whole empire would go somewhere else.

Vichitraveerya was unwilling to take a wife. Bhishma was unwilling to take a wife. Chitrangada was dead. So the Kuru dynasty was at a standstill. In this situation the king of Kashi announced the swayamvara of his three daughters – and they did not send an invitation to the Kuru house. The Kuru dynasty was the biggest and most respected in the region but they did not get an invitation because the king of Kashi did not want his girls to be married to Vichitraveerya, about whose masculinity there were rumors. Bhishma could not take this affront because he is committed to the Kuru dynasty above his own wellbeing – above anyone’s wellbeing. So he decided to attend the swayamvara.

A swayamvara meant a young woman was allowed to choose her own destiny. When a princess had to marry, they would set up a kind of an event where anyone in the Kshatriya clan who thinks they are eligible could attend, and the woman could choose her husband. It was her choice. No one could intervene.

All three daughters of the king of Kashi – Amba, Ambika and Ambalika – had come to the swayamvara at once. Amba was already in love with the king of Shalva whose name was Salva, and she was to choose him. The simple way of indicating her choice was that the woman would be given a garland, and she would look around at all the men and when she chose one man, she garlanded him and that man became her husband. Amba went to Salva and garlanded him.

Vichitraveerya married only Ambika and Ambalika. He refused Amba.

Just then, Bhishma walked in. The other warriors sitting there feared him because he was a great warrior. At the same time they knew he had castrated himself and he would never marry. So they taunted him, “Why has the old man come here now? Is he looking for a bride? Or does the Kuru clan not have a warrior who can come and take a bride? Is that the reason he has come?” Bhishma flew into a rage that his nation and clan were being ridiculed. So he kidnapped all the three girls and took them with him. The other warriors gave battle but he defeated all of them. Salva himself fought because his bride was being abducted, but Bhishma defeated and humiliated him and took all three girls away.

This is a change that has happened from previous generations, where a woman could set conditions. Now a woman was being grabbed and taken. Amba was all teary-eyed. As they were journeying towards Hastinapur, the capital city of the Kurus, Amba said, “What have you done? I was in love with this man and I had already put my garland on him. He is my husband. You can't take me like this.”

Bhishma replied, “I have taken you. What I take belongs to the Kurus.” So she asked him, “Will you marry me?” Bhishma said, “No, you will marry Vichitraveerya.” But Vichitraveerya married only Ambika and Ambalika. He refused Amba saying, “She placed the garland on someone else. She has given her heart to someone. I will not marry this woman.” 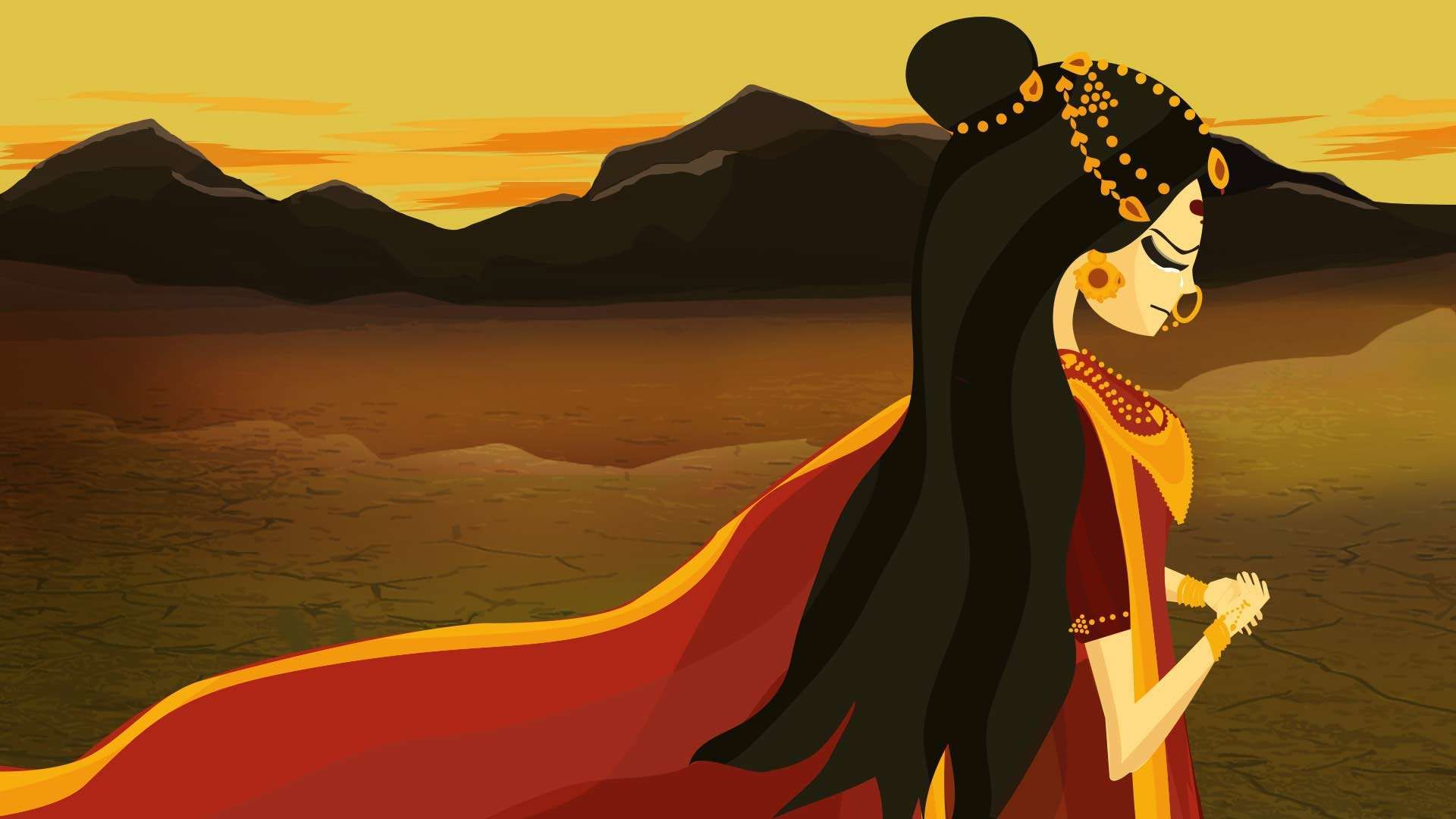 Amba was completely confused, “What am I supposed to do now?” Bhishma apologized to her and said, “I will arrange for you to be sent back to Salva.” Amba was quite happy with this and went back to Salva – but she was in for a shock. Salva refused her saying, “I am not here to take charity from somebody. I lost the battle. The old beast defeated me and now he is trying to give me a charity bride. I will not take you. Go back.”

It's 5000 years ago, a princess rejected from everywhere, she cannot go back to her father, she has no husband. Her man is not taking her back.

Amba had now been refused in both places. She returned to Hastinapur and insisted that Bhishma marry her, “You’ve destroyed my life. You took away the man I love, you brought me here forcefully and the person I am supposed to marry will not marry me. You must marry me.” But Bhishma just refused. “My allegiance is to my nation. I have given my word that I will not marry and that's all.”

In total desolation, Amba walked out. I want you to imagine, it's 5000 years ago, a princess rejected from everywhere, she cannot go back to her father, she has no husband. Her man is not taking her back. She just went out not knowing where she is going, in absolute desolation.

Editor’s Note: A version of this article was originally published in Isha Forest Flower August 2015. Download as PDF on a “name your price, no minimum” basis or subscribe to the print version.

Indian Culture
Spirituality
Mysticism
Mahabharat
Wisdom
Related Content
article
Mahabharat Episode 3: Curses or Blessings?
In the last episode, we saw how Kacha “infiltrated” the asura camp, to acquire the secret of the Sanjeevani mantra from Shukracharya. Shukracharya’s daughter, Devyani, fell in love with Kacha, but Kacha considered her a sister, and left, refusing to listen to her entreaties. Here’s the next episode of the story.
Jun 4, 2015
article
Mahabharat Episode 7: Devavrata Becomes Bhishma
In this Mahabharat episode, we pick up the story where Ganga leaves Shantanu with Devavrata, and find out how Devavrata came to be known as Bhishma.
Aug 4, 2015
article
Mahabharat Episode 22: Draupadi’s Predicament
In this Mahabharat episode, Arjuna emerges victorious at Draupadi’s swayamvara, but a command from Kunti turns into a predicament for the bride, who suddenly finds herself with five husbands instead of one.
May 21, 2018
Close