8 Benefits of Honey and Its Traditional Uses

We look at the many health benefits of honey - it is antiseptic, antibacterial, good for your blood and helps with digestion. Honey is also a home remedy and in traditional medicine.

Honey has always been a very popular culinary delicacy as well as an important medical remedy for many millennia. Across the globe, our ancestors seemed to be well aware of the many health benefits of honey. Its earliest known use as a medicinal prescription is found in Sumerian clay tablets that may be almost 4000 years old. Almost 30% of the Sumerians’ medical treatments included honey. In India, honey is an important part of Siddha and Ayurveda – the ancient, traditional systems of medicine. In ancient Egypt, it was used in managing skin and eye diseases, and also as a natural bandage applied on wounds and burns. Several other cultures have also used honey for various medical purposes. Today, honey is the focus of much scientific research by the medical community, which has been investigating and confirming the many uses of honey our forefathers thought up. Let’s take a look at a few of these.

#1 Honey is Good for your Blood

Honey influences the body in different ways depending on how you consume it. If honey is mixed in tepid water and drunk, it has a beneficial impact on the red blood cell (RBC) count in the blood. RBCs are mainly responsible for carrying oxygen in the blood to various parts of the body. The honey-tepid water mixture raises the bloods hemoglobin levels, which takes care of anemic conditions. Iron deficiency anemia is a condition that occurs when dietary intake or absorption of iron is insufficient, and the oxygen carrying capacity of the blood is compromised. The reduced oxygen carrying capacity leads to fatigue, breathlessness, and sometimes depression and other problems. Honey can negate these issues by building the oxygen-carrying capacity of the blood. Building the level of oxygen in the blood is extremely important because how healthy the body is and how easily it rejuvenates itself depends on the level of oxygen in the blood. Preliminary research has also shown the positive effect of honey on hypertension or high blood pressure. Traditionally, honey is also consumed to reduce the effects of hypotension or low blood pressure. There is also some preliminary evidence that honey can prevent low white blood cell (WBC) count in chemotherapy patients. In a small-scale experiment, 40% of patients at risk of low WBC count had no recurrence of the problem after consuming two teaspoons of therapeutic honey a day during chemotherapy.

#2 Honey is safer than Sugar

There has been a lot said about the negative effects of white sugar on the body. Honey is a great substitute that is as sweet but also safe to consume. Though honey also includes simple sugars in its chemical makeup, it is quite different from white sugar in that it contains about 30% glucose and 40% fructose – two monosaccharide or simple sugars – with 20% other complex sugars. Honey also includes dextrin, a starchy fiber. This combination helps the body regulate blood sugar levels.

#3 Honey is good for Yoga practitioners

For those doing yogic practices, consuming honey brings balance to the blood chemistry and is especially recommended. Regular intake of honey makes the system more vibrant. Taking tepid water mildly laced with honey in the morning before beginning the practice can open the system up.

#4 Honey is Antibacterial and Antiseptic

Consumption of honey promotes an increase is beneficial antioxidant agents, stimulates antibodies and combats harmful microbial activity. Several studies have also looked at honey in wound treatment. One study used a therapeutic honey that had undergone a special purification process, which destroyed all strains of bacteria in wounds among the study participants. Another study treated wounds and leg ulcers for 59 patients, of whom 80% had not responded to conventional treatment, with unprocessed honey. Except for one patient, all the others’ wounds showed improvement. What’s more, the infected wounds became sterile within one week of honey application. In traditional medicine, one of the health benefits of honey includes the treatment of respiratory infections. Daily consumption of honey is used to deal with issues such as excess mucus and asthma. Clinical research has also shown that medical-grade honey can destroy food-borne illness pathogens such as Eschetichia coli and salmonella. Honey has also shown promise in fighting bacterial strains that have developed resistance to antibiotics. Research has shown that honey is effective against methicillin-resistant Staphylococcus aureus and Pseudomonas aeruginosa. Honey fights infections on many levels making it difficult for pathogens to develop resistance to it. Antibiotics by contrast, typically target bacteria while they are growing, giving them an opportunity to evolve resistance. Honey is also found to disrupt what is known as quorum sensing, which reduces the virulence of bacterial pathogens, and allows antibiotics to take effect.

#5 Honey is an Energy Food

One of the important uses of honey in traditional medicine is as an instant energy booster. As mentioned above, honey contains many different kinds of sugar molecules, especially glucose and fructose. However, unlike white sugar where fructose and glucose are combined as sucrose and require an additional step in the digestive process, in honey, these two sugars are separate. Thus, the glucose acts as an instant energy source. The United States National Honey Board recommends consumption of honey because it contains many vitamins and minerals in small amounts. A list of these include: niacin, riboflavin, pantothenic acid, calcium, copper, iron, magnesium, manganese, phosphorus, potassium and zinc.

Honey helps reduce constipation, bloating and gas, thanks to it being a mild laxative. Honey is also rich in probiotic or “friendly” bacteria such as bifido bacteria and lactobacilli, which aid in digestion, promote the health of the immune system, and reduce allergies. Using honey in place of table sugar has been found to reduce the toxic effects in the gut of mycotoxins produced by fungi.

There are many health benefits of honey on skin and scalp wellbeing as well. In a small-scale study with 30 patients that looked at the effects of honey on treating seborrheic dermatitis and dandruff, participants applied diluted crude honey every alternate day by gently rubbing their problem areas for 2-3 minutes. The honey was left in place for three hours before being washed off with warm water. All the patients showed improvement with the treatment. Itching was relieved and scaling disappeared in a week, while lesions disappeared in two weeks. The patients’ hair loss situation also improved. What’s more, patients who continued the treatment for six months by applying honey once a week did not suffer from a relapse.

Preliminary results from several studies indicate that honey can improve the quality of sleep in children. Based on parents’ opinions, the studies concluded that honey reduced cough among children during the night and helped them sleep more soundly.

Uses of Honey in Siddha and Ayurveda

Perhaps no one has explored honey’s benefits in as much depth as Indians have. Honey was considered to be nature’s gift to mankind and was prescribed as an essential ingredient of every kitchen. It was seen as an important part of the diet for anyone over 12 months of age. Honey was considered a predigested food, and was said to be easily digested by human beings. One of the uses of honey in both Ayurveda and Siddha is as a vehicle for medicines. When mixed with honey, medicines are easily and quickly absorbed by the body, and they spread across the system through blood circulation. Honey is also said to maintain the potency of a medicine and prolong its effectiveness. Siddha texts prescribe honey as part of the treatment for ushna (loosely translated as heat) related issues, excess mucous, vomiting, gas problems and impurities in the blood. Siddha texts identify seven different kinds of honey, of which the honey collected from dense mountainous forests, known as malaithen or mountain honey, is said to have the highest medicinal value. This kind of honey is said to carry in it the properties of many medicinal plants from which the bees collect nectar.

Traditional Remedies and Uses of Honey

Benefits of Honey and Lemon

Twice a day, for 20 minutes each, apply equal parts of honey and fresh lemon juice on the face topically. This can remove black marks on the face. 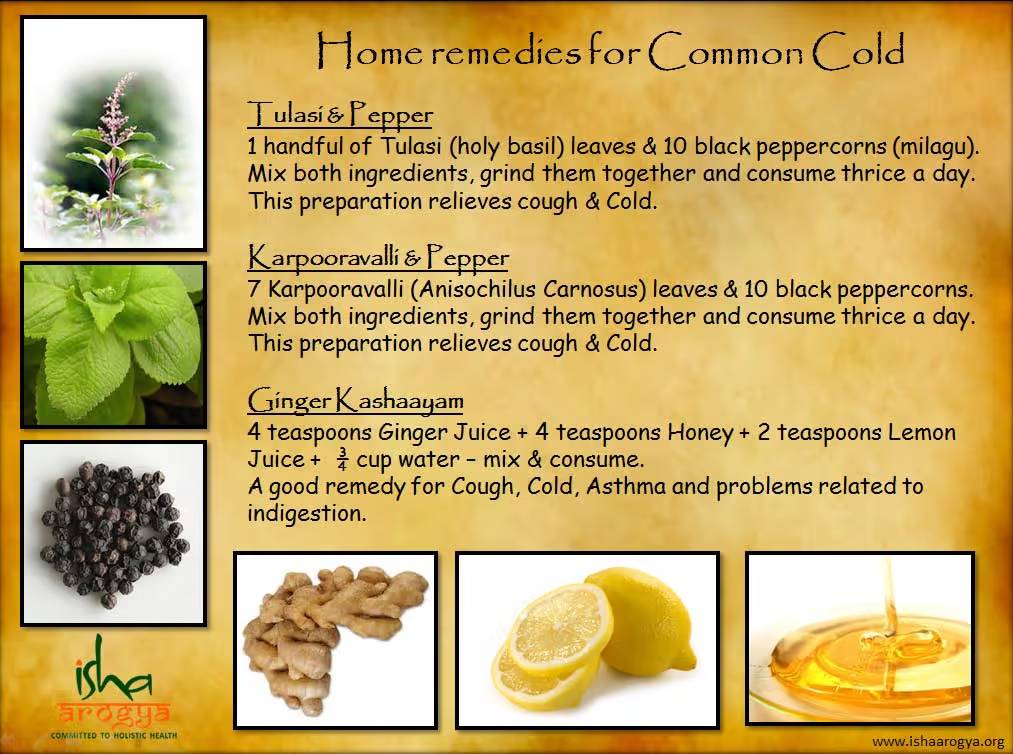 If you suffer from cold-related diseases or are one of those who has to deal with blocked nostrils every morning, the consumption of neem, pepper, honey and turmeric can help to a great extent. Here’s a couple of simple remedies. Option 1: Roughly crush 10 to 12 peppercorns and soak them in two teaspoons of honey overnight (8-12 hours). Consume the peppercorns in the morning and make sure to chew them well. You can also add some turmeric to honey. Option 2: Grind neem leaves to a paste and roll the paste into a marble-sized ball. Dip the ball in honey and swallow it every morning on an empty stomach. Don’t eat anything for the next 60 minutes to allow the neem to pass through the system. This also helps with other kinds of allergies such as skin or food allergies. Neem has many medicinal qualities and this practice is highly beneficial. If you find regular neem leaves too bitter, tender neem leaves can also be used.

Here’s a “cool” recipe with honey and watermelon that can be a great boon during summer months.

To finish off the article, here are a few facts about honey and bees in general.

Honeys that are darker in color are considered to have more antioxidants. Honey does not rot and can be preserved for long periods of time when sealed properly. In fact, archaeologists have found sealed jars of honey in the tombs of pharaohs in the ancient Egyptian city of Thebes and in the tomb of Tutankhamen. There’s no information on what the archaeologists did with all that honey! Honey should not be given to infants under 12 months of age due to the risk that it may contain spores of the botulism bacteria that can lead to infant botulism. These spores are found in dust and soil and could find their way into honey. An infant’s system is still not geared to defend itself against this kind of infection. Another point to remember is that honey is not very different from white sugar when it comes to diabetics. Both products increase the blood sugar level and the same care must be taken by diabetic patients.

Body
Health
Food
Recipe
Related Content
article
Diwali 2021 – The Festival of Lights
Diwali is the festival of lights, celebrated across India in unique and colorful ways. Find out all about the history, traditions and significance of Diwali in this blogpost.
Oct 31, 2021
Loading...
Loading...
article
Horse Gram (A Super Food): 11 Amazing Benefits
Find out everything about horse gram, the miracle pulse. A traditional elixir for ailments like diabetes, heart disease, kidney stones, asthma, obesity, cold and many more, horse gram is highly protein-rich, high in calcium, low in fat and full of antioxidants. Here are 11 horse gram benefits that are sure to convince you to try it out. Plus, there is a recipe in here too!
Mar 14, 2021
Loading...
Loading...
article
Ash Gourd (Winter Melon), the “Cool” Vegetable: Benefits & Recipes
Learn all about ash gourd, an incredibly versatile vegetable which boasts a laundry list of benefits for health and wellbeing.
Mar 7, 2021
Loading...
Loading...
Close