There is a lot of “yoga” happening in the world today that has very little to do with what yoga really is. Several myths about this ancient practice have long been masquerading as facts. It’s time we demystify yoga, in Sadhguru’s very own words.

ArticleNov 9, 2012
There is a lot of “yoga” happening in the world today that has very little to do with what yoga really is. Several myths about this ancient practice have long been masquerading as facts. It’s time we demystify yoga, in Sadhguru’s very own words. 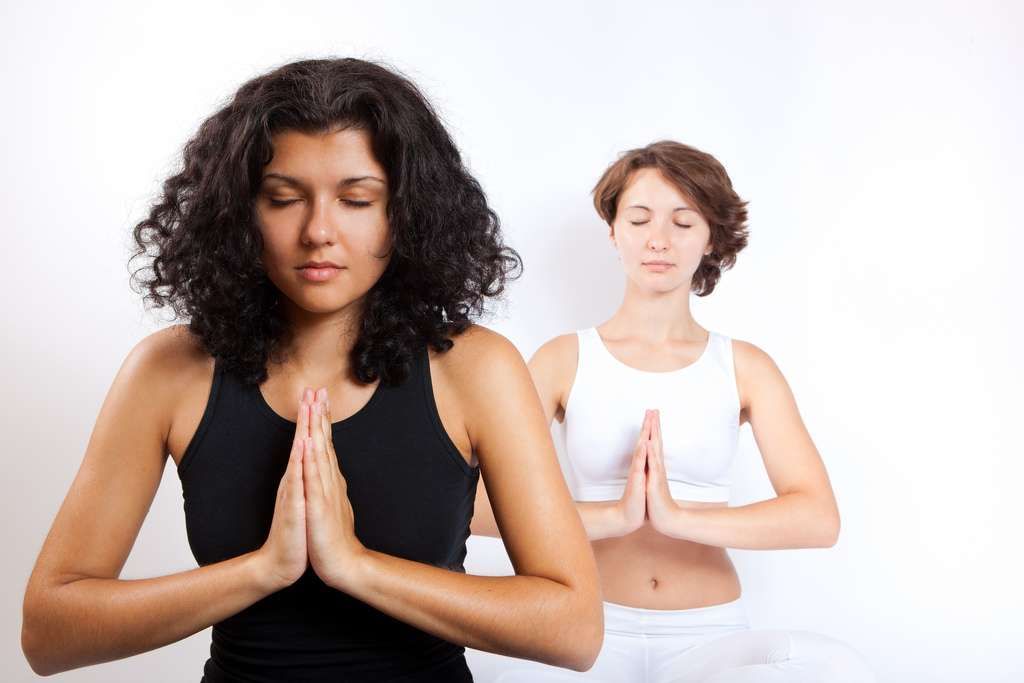 Sadhguru: Yoga is Hindu just the way gravity is Christian. Just because the law of gravity was propounded by Isaac Newton, who lived in a Christian culture, does it make gravity Christian? Yoga is a technology. Anybody who is willing to make use of it can make use of it.

Why the yogic sciences have gotten labeled as Hindu by a few ignorant people is because this science and technology grew and prospered in this culture, so naturally it has gotten associated with the Hindu way of life. The word "Hindu" has come from the word “Sindhu”, which is a river. Because this culture grew from the banks of the river Sindhu or Indus, this culture got labeled as Hindu. Hindu is not an “ism” – it is not a religion. It is a geographical and cultural identity.

Myth 2: Why be a human when you can be a pretzel? Yoga is all about impossible postures.

Sadhguru: When we utter the word “yoga”, most people on the planet only think of asanas . Of all the different things that the science of yoga explores – just about every aspect of life – today’s world has chosen to represent yoga with only the physical aspect. In the yogic system, there is very little significance given to asanas. For a little over two hundred Yoga Sutras, only one sutra is dedicated to asanas. But somehow, in modern times, this one sutra has gained significance over everything else.

In many ways, it is a clear manifestation of where the world is going. The whole journey of the modern world is just this, from deeper dimensions – from the spirit – to body. That is exactly what we want to reverse. We want human beings to start their journey with the body but move towards their inner nature.

I am incapable of being depressed, otherwise I would be depressed looking at the way hata yoga is being practiced around the world and people thinking that is what it is. The practice as you see it – the mechanics of it, is simply of the body. You have to breathe life into it, otherwise it will not become alive. This is why traditionally, there has been so much stress on a live Guru – to make it alive. The yogic system is a subtle manipulation of your system to allow it to rise to a different level. Yoga means that which allows you to attain to your higher nature. Every asana, every mudra, every way of breathing – everything – is focused towards this.

Sadhguru: If fitness is what you are seeking, if you want six-pack abs or whatever number, I would say go and play tennis or hike in the mountains. Yoga is not an exercise, it has other dimensions attached to it. A different dimension of fitness – yes – you get health out of it, but not six-pack abs. If you are doing yoga to burn calories or tone up your muscle, obviously you are doing improper yoga, there is no question about that. For abs, you can go to the gym. Yoga needs to be practiced in a very subtle, gentle way, not in a forceful muscle-building way, because this is not about exercise.

The physical body has a whole memory structure. If you are willing to read this physical body, everything – how this cosmos evolved from nothingness to this point – is written into this body. When you do asanas, you are opening up that memory and trying to restructure this life towards an ultimate possibility. If hata yoga is taught in a proper atmosphere, it is a fantastic process of shaping your system into a fantastic vessel, a fabulous device to receive the Divine.

Myth 4: It is only in the last century that yoga has gone global

Sadhguru: Today, though it is being practiced in all kinds of manifestations and distortions, at least the word “yoga” is getting a global presence. There has never been one organized body to propagate this, but still, it has survived and lived on because it has worked like nothing else for human wellbeing for the longest period of time.

Millions of people are practicing it, but where did this come from? Who originated yoga? The story is very long; its antiquity is lost in the hoary of time. In the yogic culture, Shiva is not known as a God, but as the Adiyogi or the first yogi – the originator of yoga. He was the one who first put this seed into the human mind.

The first part of Shiva’s teaching was to Parvathi, his wife. The second set of yoga teachings were expounded to the first seven disciples. This happened at the banks of Kanti Sarovar at Kedarnath. This is where the world’s first yoga program happened.

After many years, when the transmission of the yogic science was complete, it produced seven fully enlightened beings – the seven celebrated sages who are today known as the Sapta Rishis, and are worshipped and admired in Indian culture. Shiva put different aspects of yoga into each of these seven people, and these aspects became the seven basic forms of yoga. Even today, yoga has maintained these seven distinct forms.

The Sapta Rishis were sent in seven different directions to different parts of the world to carry this dimension with which a human being can evolve beyond his present limitations and compulsions.

One went to Central Asia, one to the Middle East and North Africa, one to South America, one stayed right there with Adiyogi, one to the lower regions of Himalayas, one to Eastern Asia and one travelled south into the Indian subcontinent. Time has ravaged many things, but when the cultures of those lands are carefully looked at, small strands of these people’s work can be seen, still alive. It has taken on various colors and forms, and has changed its complexion in a million different ways, but these strands can still be seen.

Sadhguru: There should never be a mirror or music when you practice asanas. Hata yoga demands a certain involvement of your body, mind, energy and the innermost core. If you want to get the involvement of that which is the source of creation within you, your body, your mind, your energy must be absolutely involved. You should approach it with a certain reverence and certain focus. Not just going, playing music and doing something. One of the biggest problems in yoga studios is, the teacher is doing asanas and speaking. This is a sure way to cause damage to yourself.

No talking in the asana is not just a norm, it is a rule. You never ever speak in postures. The breath, the mental focus and the stability of energy is most important when you are doing the asana. If you speak, you will destroy all that. At least eight to ten people have come to us with serious imbalances with which we have helped them. I think about four of them have given up their profession now because they knew what nonsense they were doing.

A few years ago when I was in America, I was invited to speak in a yoga studio by someone. So I went to her yoga studio and music was playing – chang, chang, chang – to keep everybody enthusiastic. She was in ardhamatsyendrasana and was talking to a group of people. When she saw me, she just jumped up from the table, came and hugged me.

I took her aside and told her, “See, you will bring serious imbalances into your system. How long have you been doing this?” She said some fifteen, sixteen years. I said, “If you've done this for sixteen years, you must be suffering from this, this and this.” She looked at me terrified and the next day she comes to me and says, “Sadhguru, what you said has been happening to me. I'm going through all sorts of treatment from the doctors.” I said, “You don’t need a doctor, you are causing it. You stop this, this will go away.” After about one-and-a-half years, she gave up teaching yoga.

Myth 6: Need a yoga study guide? You can learn yoga from a book.

Sadhguru: Today, if you enter any major bookstore, you will find a minimum of 15 to 20 different yoga books. How to learn yoga in 7 days, how to become a yogi in 21 days... Many people have caused immense damage to themselves by learning yoga through books. It seems to be very simple, but when you do it, you will see it is a very subtle aspect. This has to be done with perfect understanding and proper guidance. Without this, one can get into deep trouble. A book can inspire you, but it is not meant to teach a practice.

Myth 7: Yoga is something you practice every morning and evening

Sadhguru: Yoga is not something that you do morning-evening. It is a certain way of being. One must become yoga. If it’s morning-evening yoga, the rest of the time entanglement – this is not yoga, this is only yoga practice.

There is no aspect of life which is excluded from the yogic process. If your life becomes yoga, then you can do everything. You can run your family, you can go to the office, you can run your business, you can do whatever you want without any problem if your way of being becomes yoga. Every aspect of life, either you can use it to entangle yourself or to liberate yourself. If you are using it to entangle yourself, we call it as karma. If you are using it to liberate yourself, we call it yoga.

Yoga
Hatha Yoga
Adiyogi
Body
Mind
Awareness
Wisdom
Related Content
article
The Science of Hatha Yoga
Sadhguru looks at how Hatha Yoga is not a physical exercise but a powerful means to prepare the body for higher possibilities. He looks at the importance of a Guru in the tradition and why Hatha Yoga can come alive only when "life is breathed into it."
Nov 19, 2014
article
Yoga – Being a Part of Everything
Sadhguru answers a question on why Patanjali defined yoga with the Sanskrit phrase “Chitta vritti nirodha.”
Dec 14, 2015
article
A Beginner's Guide to Learning Yoga
Want to learn yoga, but don’t know where to start? Sadhguru answers some common questions from “yoga beginners.”
Sep 8, 2016
Close