From Effort to Effortlessness

Exploring the relationship between intense effort and effortlessness, Sadhguru discusses what it takes to transcend the need for physical action.

Sadhguru: Logically, somebody who never put effort into anything should be the master of effortlessness. But it is not so. If you want to know effortlessness, you need to know effort. When you reach the peak of effort, you become effortless. Only a person who knows what it is to work understands rest. Paradoxically, those who are always resting know no rest; they only sink into dullness and lethargy. This is the way of life. 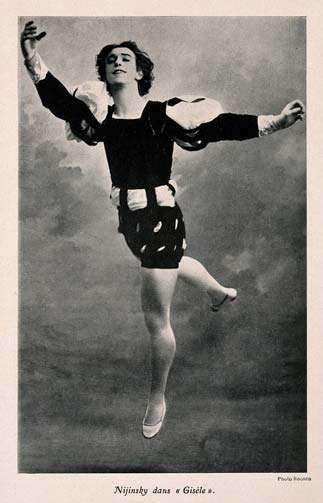 There is a story about the Russian ballet dancer Nijinsky. His entire life was dance. There were moments when he would leap to heights that seemed humanly impossible. Even if one’s muscles are at peak performance, there is still a limit to how high one can jump. But in some moments, he would seem to transcend even that limit. People often asked him, “How do you manage this?” He said, “There is no way I can ever do it. When Nijinsky is not there, only then it happens.” When someone is constantly giving a hundred percent, a point comes when one surpasses all limits and reaches total effortlessness. Effortlessness does not mean becoming a couch potato. It means transcending the need for physical action. You reach this only when you are able to stretch to your utmost and sustain the peak of effort.

A Taste of the Beyond

There are some people nowadays, who declare that they would like to opt for Zen as a spiritual path because they think it means doing nothing. In fact, Zen involves tremendous activity because it is not divorced from life in any way. For example, a Zen monk may take weeks to simply arrange pebbles in a Zen garden. In performing such activity, you reach a state of non-doing, where you transcend the experience of being a doer. It is in such states that you have a taste of the beyond. If you achieve such states through intense activity, as Nijinsky and many others have, those moments will always be cherished as magical.

But if you arrive at the same state through the intensity of inactivity, then it is a yogic posture, and it is a state that can be sustained longer. The very essence of dhyana or meditativeness is that you push yourself to the highest possible intensity where, after some time, there is no effort. Now, meditation will not be an act, but a natural consequence of the intensity that has been achieved. You can simply be. It is in these absolutely non-compulsive states of existence that the necessary atmosphere is set for the blossoming of an individual into a cosmic possibility.

If we, as societies and individuals, continue to allow every moment to pass by without setting the atmosphere for such a flowering, we have squandered a tremendous possibility. The only reason there is so much infantile talk about heaven and its pleasures is because the immensity of being human has not been explored. If your humanity overflows, divinity will follow and serve you. It has no other choice.

Editor’s Note: The above is an excerpt from "Inner Engineering: A Yogi’s Guide to Joy" by Sadhguru. Inner Engineering offers a means to create inner situations exactly the way you want them, turning you into the architect of your own joy. Order your copy now!

Transformation
Divine
Intensity
Spirituality
Wisdom
Related Content
article
Sadhguru on the Bhagavad Gita: From Action to Yoga
Sadhguru answers a question on Krishna’s words about yoga and activity, and their place in a spiritual seeker’s life.
Sep 9, 2014
article
24x7 Spirituality
Sadhguru looks at how it doesn’t take much to transform ourselves completely, if we keep our spirituality “ON” 24x7.
Jun 15, 2015
article
Religion, as we know it, will go down in 100 years
Here’s an excerpt from an interview of Sadhguru, as it appeared in the Times of India on 30 May 2016.
Jun 16, 2016
Close