Ragi or finger millet is one of the most nutritious and healthy cereals. Here’s a look at the many health benefits of ragi, plus six great recipes.

Let’s take a look at an amazing “super cereal” that can help control diabetes, cancer, osteoporosis and lots more. 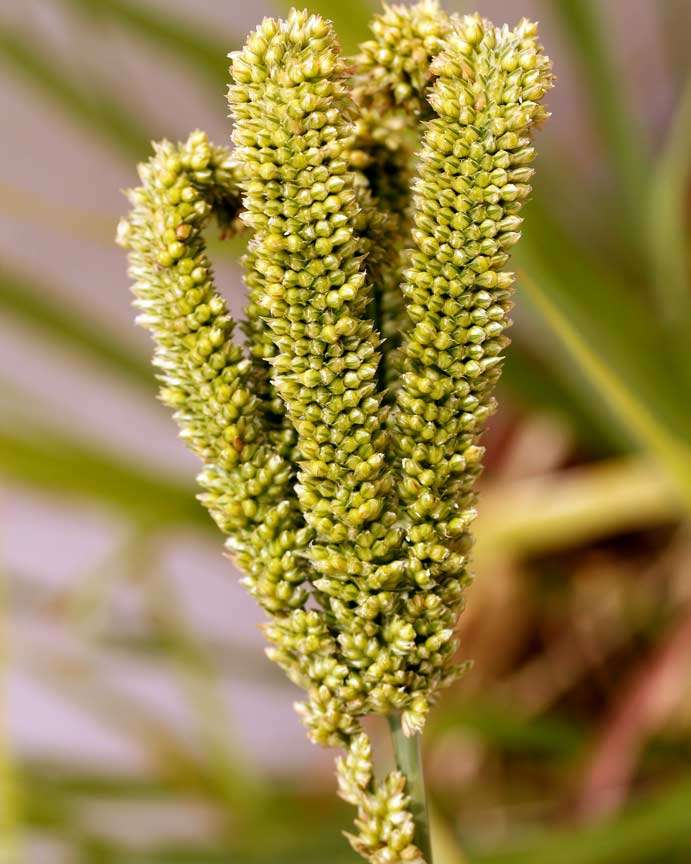 A generation ago, many Indians, especially in the southern part of the country, were familiar with ragi or finger millet (Eleusine coracana L.). The once well-known cereal is however totally absent in most people’s diets today. This is quite surprising and unfortunate, considering the nutritive and therapeutic value of finger millet for the human body. Besides, it is a very adaptable crop that is admirably suited to Indian climatic conditions, making it doubly significant. Let’s take a look at a few of the benefits of finger millet, and some delicious recipes for ragi laddus, cookies and pakodas!

Finger millet originated in Africa and has been cultivated for many thousands of years in Uganda and Ethiopia. In India, the crop was probably introduced 4000 years ago, and has been found in archeological excavations in the Harappan Civilization.

The grain's protein content is comparable to that of rice. However, some ragi varieties have shown double that level. More importantly, this protein content is quite unique. The main protein fraction is eleusinin, which has a high biological value, meaning that it is easily incorporated into the body. There are also significant quantities of tryptophan, cystine, methionine and total aromatic amino acids. If that sounds too complicated, all you need to know is that these are considered crucial to human health, and that most cereals are deficient in these components. This high protein content makes finger millet a very important factor in preventing malnutrition. The cereal can be an especially good source of protein for vegetarians because of its methionine content that constitutes about 5% of the protein.

#2 Ragi is a Rich Source of Minerals

Ragi is also a very rich source of minerals. It has been found to have between 5-30 times the calcium content found in other cereals. It is also rich in phosphorus, potassium and iron. Calcium is of course an important component in maintaining bone density and health. Thus, finger millet would be a healthier alternative to over-the-counter supplements, especially for people who might be at risk of osteoporosis or low hemoglobin levels.

The study, “The Lost Crops of Africa,” published by the United States National Academies sees finger millet as a potential “super cereal” and points out that “the world's attitude towards finger millet must be reversed. Of all major cereals, this crop is one of the most nutritious.” The study notes that people in Uganda and southern Sudan have healthy, strapping physiques despite eating just one meal a day, and attributes this to finger millet.

The rapid rise in the prevalence of diabetes has led to a great demand for foods containing complex carbohydrates with high dietary fiber levels and beneficial phytochemicals. Phytochemicals are a varied group of chemical compounds derived from plants, which are considered to be important factors in our capacity to combat disease. All these components are usually found in the outer layer of the grain or the seed coat, and so, it is generally a good idea to consume whole grains.

Especially with finger millet, the grain’s seed coat is richer in polyphenols as compared to grains such as barley, rice, maize and wheat. For example, it has 40 times the phenolic content of rice and 5 times that of wheat. Among the millets, it is comparable to foxtail millet, and second only to kodo millet. Initial studies have also shown that finger millet controls blood glucose levels, and hyperglycemic and oxidative stress. Finger millet has also shown promise in accelerating wound healing among diabetics.

Finger millet has been found to act against a number of bacteria including Bacillus cereus, which causes food poisoning, Salmonella sp., which causes a typhoid-like fever, and Staphylococcus aureus, one of the primary causes of skin and soft tissue infections such as abscesses, furuncles, and cellulitis.

Finger millet is also rich in antioxidants, which have sort of become a byword in health books today. Antioxidants prevent excessive oxidation (how surprising!), which could otherwise cause cancer and ageing because of cell damage. The phenolic acids, flavonoids and tannins present in finger millet seed coats have very effective antioxidant properties. In general, it has been shown that people on millet-based diets have lower incidences of esophageal cancer than those on wheat or maize-diets.

Aside from the phenolic content and antioxidants which are important factors in preventing ageing, finger millet and kodo millet have specifically shown potential in inhibiting cross-linking of collagen. Collagen cross-linking is the process by which cross-links form between or within collagen molecules in tendons, skin, and even blood vessels. Collagen is what gives tissues their elasticity, and cross-linking reduces this ability, leading to the stiffness commonly associated with age.

Emerging research has shown that finger millet has the potential to reduce risk of cardiovascular diseases. Technically speaking, finger millet reduces concentrations of serum triglycerides and inhibits lipid oxidation and LDL cholesterol oxidation. LDL (Low Density Lipoprotein) cholesterol is what is termed "bad" cholesterol and is especially troublesome when oxidized. Oxidized LDL inflames the arteries, leading to arteriosclerosis and the risk of heart attack or strokes.

The State of Ragi Cultivation Today

Considering all these benefits, it is extremely surprising that in a world desperate for health foods and miracle cures, most people have never heard of ragi. In many places where it is grown, it is looked upon as a "poor person's crop" or a "famine food." In the United States, it is often used as birdseed! Though it is in decline in Africa, it is still an important crop in the eastern part of the continent, especially among subsistence farmers. But in India, it is greatly neglected and fast disappearing.

For example, according to the government's crop production statistics, in 1998-99, about 2.7 million tons of finger millet were harvested from 1.8 million hectares. Fast-forward to 2013-14, and those numbers have fallen by 95%. Only 90,000 tons were harvested from 99,000 hectares. This, despite the fact that this is a very hardy crop that grows even in arid regions with minimal water. Finger millet is also available in a range of varieties that can be grown in monsoon-heavy regions to dry areas and in the Himalayas as well, upto an altitude of 2300 meters.

Hopefully, there will be a turnaround in finger millet’s fortunes. Take a look at the recipes below, and if you enjoy them, include more ragi in your diet. That would be one miniscule step in the right direction. Also, Isha Shoppe offers many ragi-based products with home delivery in India.

Traditionally, ragi is given to infants and young children as a ragi malt because it is easier to digest, though it’s nutritional value is somewhat decreased.

Editor's Note: The health benefits of natural foods are well documented and among the most consistent findings in nutrition science. Natural foods are not only good for you but can be quite delicious! At Isha Life, choose natural foods that promote good health, naturally.

Health
Food
Recipe
Related Content
article
Diwali 2021 – The Festival of Lights
Diwali is the festival of lights, celebrated across India in unique and colorful ways. Find out all about the history, traditions and significance of Diwali in this blogpost.
Oct 31, 2021
Loading...
Loading...
article
Horse Gram (A Super Food): 11 Amazing Benefits
Find out everything about horse gram, the miracle pulse. A traditional elixir for ailments like diabetes, heart disease, kidney stones, asthma, obesity, cold and many more, horse gram is highly protein-rich, high in calcium, low in fat and full of antioxidants. Here are 11 horse gram benefits that are sure to convince you to try it out. Plus, there is a recipe in here too!
Mar 14, 2021
Loading...
Loading...
article
Ash Gourd (Winter Melon), the “Cool” Vegetable: Benefits & Recipes
Learn all about ash gourd, an incredibly versatile vegetable which boasts a laundry list of benefits for health and wellbeing.
Mar 7, 2021
Loading...
Loading...
Close