The Mayan Prophecy - Will the world end?

Question: What is your opinion about the 2012 Doomsday prophecies? 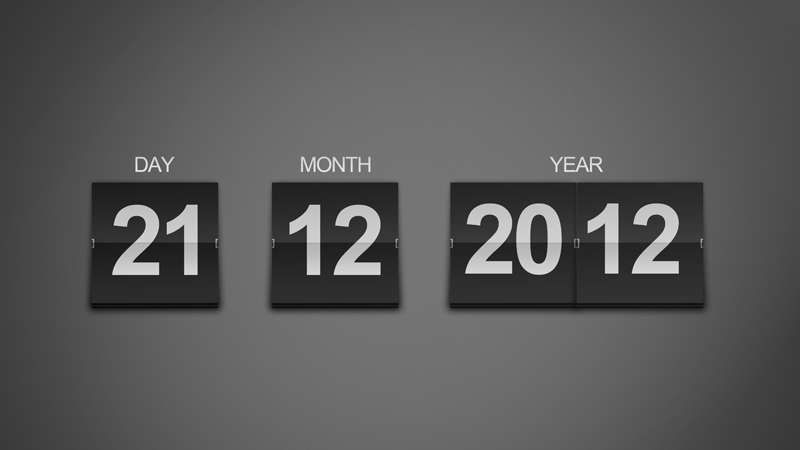 Sadhguru: 2012 is just a number we made up. When humanity was still in its infancy, we didn’t count years. Somewhere along the way we learnt how to count and now we think our numbers are very significant. Neither the planet, the solar system, or any of the other creatures on the planet think this is 2012. Only the human idiots are talking 2012. We need some calculation for our convenience, but that’s not the reality.

Question: But a lot of people around the world believe this prediction will come true.

Sadhguru: All those people who believe that world is going to end by 2012, let them just get involved in meditation, chanting, and keeping themselves spiritual, and let them give all their money and property to me. I have work to do after the world ends! But nobody is going to take any step like that because they only like to talk about it. They only believe it to a point of entertainment.

Question: So is there nothing extraordinary about this date? People are speaking about planetary and galactic alignments…

Sadhguru: Doomsayers have been going on for ages. The world was going to end at 1000, then at 2000, and now 2012. We used to do this once every 1000 years, but today we are a fast-forward generation, so we want this excitement every 12 years! As a generation of people, whether we make this into a great time or we make this into a horrible time is in our hands.

But these are extraordinary times in the sense, human beings today have the immense capability to either make this planet beautiful, or to destroy it. Never before was such power invested in human beings. So, in that sense we are in an extraordinary time because human beings are so hugely empowered. Now, their consciousness has become far more important than ever before. Raising human consciousness is no more a luxury that a few people can dabble with, it is something that has to be done. When a Gautama Buddha came or a Krishna came, human consciousness was essentially about individual liberation. Today, it is about the survival of humanity on the planet. The way human beings are empowered, if their consciousness is not inclusive in nature, one man can destroy the world. It doesn’t take a billion people to do it.

One aspect of why these predictions are going about is because there is going to be a very dynamic change in the sunspots in the coming six years. Whenever such changes happen in the pattern of the way the sun functions, it has been found that phenomenal changes happen in human consciousness.

Question: So there is going to be a shift in consciousness like some people are saying?

Sadhguru: When such changes happen in the sun, there are changes in human consciousness, but it is not a directed or guided change. The sunspots will definitely create some kind of volatile energy but how it will work out for human beings is left to us. If we have a prediction and wait for it, we don't know how it will go. But if we have a plan, any volatile situation is also a possibility because things are mobile and more fluid. This is the time to craft things the way we want. Does it mean that the possibility is only now? No, these things are always happening. At certain times it may be a little more than other times. So in terms of how the natural and celestial forces function upon this planet, the coming six years are going to be different in a reasonably marked way.

Question: Do you have a plan on how to utilize this time?

Sadhguru: If we prepare enough people who have the necessary sadhana and the necessary focus within themselves, then definitely human consciousness could rise much more easily than at other times. In the coming six years, we can either rise or we can crash. I have a plan to rise. Please go with me.

On December 21 & 22, Sadhguru will be consecrating the Suryakund, an energized water body that is an important part of the infrastructure to raise human consciousness. Join us at our Live Blog for interesting features, photos and videos, as it happens.

Consciousness
Society
Inclusiveness
Time
Death
Survival
Wisdom
Related Content
article
Vote India! Make India!
Sadhguru gives an interview to the Times of India and answers questions on why India is at an important juncture and, in the backdrop of elections, about the lack of leadership at the national and individual level.
Apr 21, 2014
article
Kali Yuga – When Did it End and What Lies Ahead?
Did you know that Kali yuga has already ended, and a new era of enhanced perception is about to begin? Sadhguru explains how Krishna foresaw a great period of spiritual growth and enhanced human intelligence 5000 years before its advent.
Jun 7, 2020
article
Gautama Buddha and the Wheel of Dharma
Are we living in a spiritually significant time? Sadhguru explains, because stress, strife and suffering have reached their peak, interest in spirituality is also reaching new heights.
Dec 19, 2016
Close