The exuberant nightlong festival of Mahashivratri will be celebrated this year on February 24 at the Isha Yoga Center. In preparation for the event, we’ve put together a list of five facts to know about this night of tremendous spiritual possibilities.

The exuberant nightlong festival of Mahashivratri will be celebrated this year on February 24th at the Isha Yoga Center. In preparation for the event, we’ve put together a list of five facts to know about this night of tremendous spiritual possibilities.

Sadhguru: The fourteenth day of every lunar month, a day before the new moon day, is referred to as Shivarathri. On this day, there is a natural upsurge in the human energy system. The Shivarathri which falls in the month of Magha in the Indian calendar (February/March) is referred to as Mahashivratri because particularly on this day, there is an assistance from nature to raise energies within the system. The whole system of yoga and spiritual process as such is about enhancing a human being from his limitations to his limitlessness. For this enhancement to happen the most fundamental process is that there is an activation, an upward movement of energy. So for all those who are aspiring to be a little more than who they are right now, Shivarathri is of significance, Mahashivratri is of particular significance. 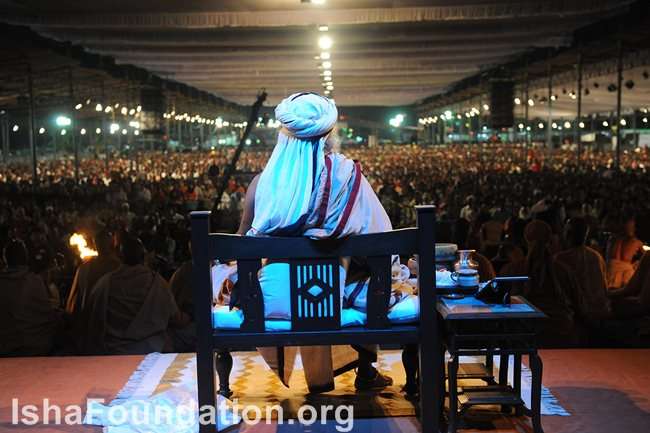 Mahashivratri
Related Content
article
4 Shiva Stories to Keep You Awake on Mahashivratri
In the yogic tradition, there have been numerous Shiva stories that impart invaluable wisdom in a dialectical fashion. Here are four such Shiva stories.
Feb 20, 2020
article
Adiyogi – The Shiva: Vital for Our Times
Why do we still speak about Adiyogi, the Shiva, today in modern times? Sadhguru explains, Adiyogi is vital for our times because there is nothing more important right now than raising human consciousness.
Feb 12, 2018
article
Why Should you Stay Awake All Night this February 13th?
In this short animation video, Sadhguru explains why staying up on MahaShivRatri is of great significance and narrates the "Science of MahaShivRatri"".
Feb 9, 2018
Close