The Dream of Enlightened Beings - 19 years of Dhyanalinga

The dream of many enlightened beings, Dhyanalinga is an energy form of immeasurable magnitude, which was consecrated by Sadhguru on June 24, 1999. Take a look at 19 years of Dhyanalinga.

Watch the live streaming of the 19th anniversary of Dhyanalinga consecration day celebrations.

The dream of many enlightened beings, Dhyanalinga is an energy form of immeasurable magnitude. Over the generations, yogis of the highest caliber have attempted to create this embodiment of the most evolved being. After years of intense Prana Pratishtha, Sadhguru consecrated the Dhyanalinga, a doorway to ultimate liberation.

Take a look at 19 years of Dhyanalinga... 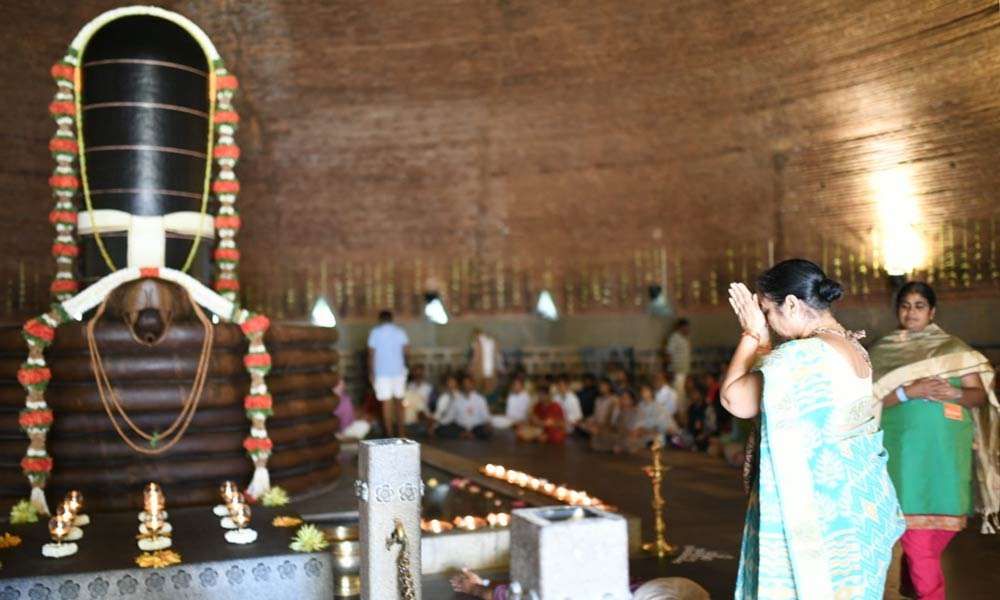 Dhyanalinga
Meditation
Sacred Spaces
Inner Engineering
Yoga
Report
Related Content
article
Dhyanalinga – A Live Guru
Join us on 24 June for the twenty second anniversary of the Dhyanalinga consecration, which will be audio streamed live. As a precursor to the event, in today’s post Sadhguru explains the science of Dhyanalinga and how it is a powerful possibility for one’s spiritual growth.
Jun 23, 2014
article
7 Questions You Always Wanted to Ask About Dhyanalinga!
In this article, Sadhguru answers seven questions you might have always had about Dhyanalinga, and never knew who to ask!
Jun 23, 2019
article
Dhyanalinga: Sowing the Seed of Spiritual Liberation
Why Dhyanalinga? Sadhguru explains, Dhyanalinga is a tool which can never be distorted, with the power to sow the seed of spiritual liberation within all who enter its presence.
Dec 5, 2016
Close