As a part of the Dhyanalinga consecration, certain steps were undertaken to break the karmic bonds of the other people involved in the process. 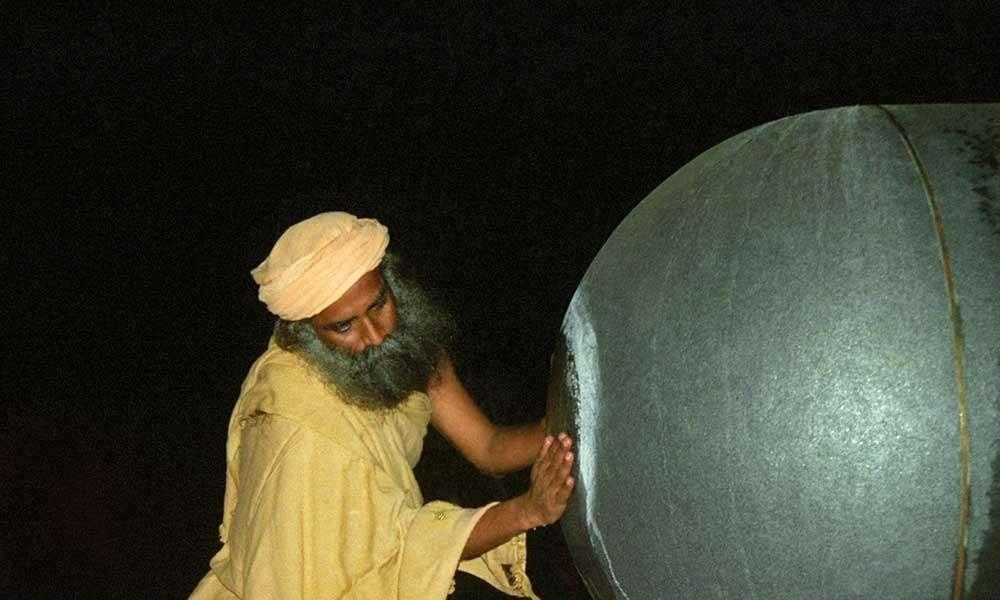 In the whole process, as Vijji and Bharathi were actively involved in consecrating the Dhyanalinga, we found that there were certain karmic barriers not allowing them to go beyond a certain point. During the consecration of the linga, people went through experiences that you would not believe were possible in human life. To withstand all those things, one needs a certain level of freedom within himself. So we thought we will go on a Karma Yatra to remove those barriers.

Bharathi: As a final effort for Vijji and me to dissolve our karmic structures, as this part of the consecration process demanded that our contact with the body is minimal, we embarked on a journey across Andhra Pradesh, Madhya Pradesh, and Orissa (states in India) for a couple of weeks. We visited places that were of great significance in our past lives, meditated and transcended our past bondages. During this karma yatra, Sadhguru described very vividly and clearly a few places, as to where and how they would be and the landmarks, though none of us had ever been there, nor did we even know the names of these places. And when we went there, these remote nameless places were exactly as they were described to us. Staying at Mukteshwar in a Shiva temple, Sadhguru attempted some very powerful spiritual practices, bringing in a unity in the three beings present to an extent where only one being and one energy form existed. Right from the beginning of the consecration work, the whole effort was towards achieving this unity. We experienced this in many ways. Various times, there were situations where even though we were physically miles apart, we would clearly know what was happening in the other person in energy, body, mind, and emotion, which I repeatedly crosschecked. It was like time and space were not limitations anymore. On our return, Sadhguru set the date of completion to be within two pournamis (full moons), which meant that within the next forty-five to forty-eight days, the prana pratishtha would be complete.

But it was not to be. On the very next pournami, Vijji attained Mahasamadhi, leaving her body, and the gigantic task of consecration fell solely on the hands of Sadhguru. She left me a little perplexed. Many times within myself I questioned her responsibility, and what good Mahasamadhi is when I saw the difficulty she placed Sadhguru in toward the last phase of work. I did miss her at times as a person, but more when it came to work. However absolutely ruthless it may sound, for me, in the whole consecration process, my one and only focus was the completion of Dhyanalinga. Nothing else counted or mattered. People, emotions and everything that is anywhere remotely connected with life around me took a back seat. In this connection, somewhere I could not pardon Vijji leaving the work and Sadhguru in a temporarily indeterminate state, though I acknowledge her divinity and her crossing over. 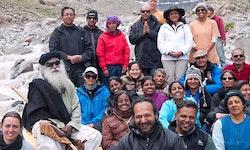 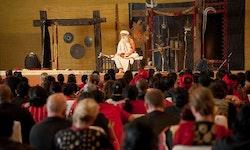 Adiyogi Alayam
Sadhguru writes about the spectacular Adiyogi Alayam Consecration, which was attended by 11,049 meditators, and gives insight into the profoundness that the space will have for generations to come.
Podcast 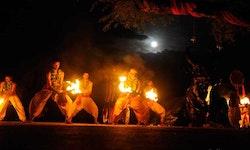 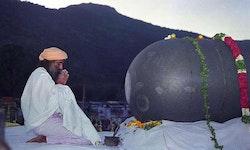 The Descent of the Divine
Spoken by Sadhguru two days after Vijji’s Mahasamadhi on Thaipoosam (the first full moon of Uttarayana), 1997.