Sadhguru on the Difference between Adiyogi and Dhyanalinga

Question: Sadhguru, how is the Adiyogi different from Dhyanalinga? And what aspect of Shiva is being brought out in the Adiyogi?

Sadhguru: You cannot compare Dhyanalinga with anything else. There is not another thing like this on the planet. I could do a thousand of these things in my life, but I will not be able to do even one more of that . It is a different dimension altogether. In logical thought, there may not be much difference because both have seven chakras. Everybody has seven chakras only. Adiyogi also has only seven. But it is not the same. Adiyogi will do something very specific. You can hire him for a job. You cannot hire him for anything. He is simply there. So is this guy more useful? Yes, if you look at it in a certain way, he is more useful. But if you go by usefulness of life, you will lose your life.

You know there is a beautiful situation in Mahabharat. A time came when everybody had to be on some side, either this side or that side of the battle. When the time to choose came, Krishna said, “Either you can have me, or you can have my army which is ten-thousand strong.” Duryodhana chose the army, the Pandavas chose Krishna. And beforehand, Krishna said, “I’m not going to fight. I’m just going to be there.” So the Pandavas said, “It doesn’t matter what happens. We want you to be with us, that’s all.” Duryodhana thought, “These guys have a history of being stupid, and this crowns it all. You are going into a battle, and instead of picking a ten-thousand strong army, you pick one man, who is not willing to fight. This is the peak of stupidity.” But that made all the difference. And that is how life is.

There is no competition for Dhyanalinga. He is never going to be in the race. As I told you, if we have the money, the resource, and the support, we can do a thousand Adiyogis. Actually today, if we had wanted, we could have easily consecrated ten or more at a time. We had enough energy, and anyway, all of you are there. You are ten thousand; for each one thousand, I could have done at least one. But that is not the case with that . That cannot be done again; it is just out of question. Definitely I cannot do it. I do not see anybody on this planet right now who can do it. 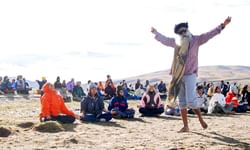 Traveling to Kailash
Watch Koel Purie, host of the TV show, " On The Couch With Koel," as she accompanies and interviews participants o...
Article 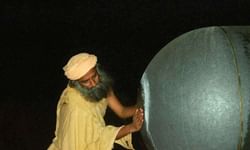 Dhyanalinga Consecration – The Triangular Form
The Dhyanalinga consecration involved the formation of an energy triangle with Bharathi and Sadhguru’s wife, Vijji...
Video 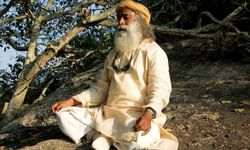 Sadhguru’s Enlightenment in his own Words
Sadhguru shares his experience of his own Enlightenment. One day, sitting atop a hill in his childhood town, he ha...
Ebook 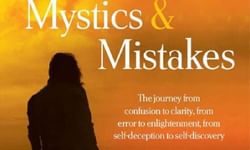