Ways to Improve the Education System in India

During a recent Youth and Truth conversation, a student questions why so much of her education seems to have been pointless. Sadhguru describes the current strides being taken to refocus India’s education system, highlighting the need for a system which identifies and nurtures the aptitude of individual students.

Q: I’m pursuing my first year in Bachelors in Computer Science in CEG. My question is, all of us here have been through more than fifteen years of education, but I haven’t found an application or use for many of the things I’ve learned. So, why do I find some of the things I learned pointless?

Sadhguru: No, no, that should not be happening in an engineering college! I can understand that in a high school – most of them are pointless. But in a technical school, that should not be happening.
Our education system was largely created just to provide clerks for Her Majesty’s service. There was no imagination behind it – obedience was the most important aspect of our education system.

Our education system was largely created just to provide clerks for Her Majesty’s service. There was no imagination behind it – obedience was the most important aspect of our education system. This is why you have to just mug up a whole textbook and puke it there. That is supposed to be excellence in education. I would not say that so much about technical education – I think it is different.

Shifting the Focus of Education 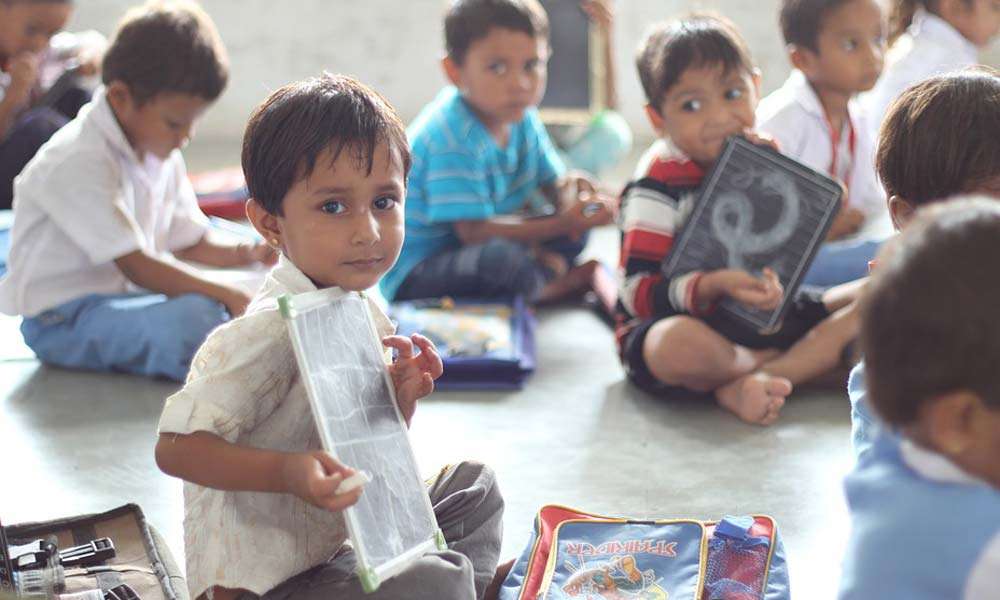 We wrote a policy on textiles in India, we wrote a policy on the rivers and agriculture, and right now, we are busy writing a policy on education. After my constant push, the government recently announced that in the future, only fifty percent of the time in school should be focused toward academics, and the rest should be focused towards sport, art, music, craft and a variety of things. This was announced just about a month ago. Announcement is fine, but the schools are not equipped to shift. I always said that for as much math and science, there must be that much music, art, and a variety of other things. Our schools are managed like this, but that is a small number.

Right now the central government has announced this, but to implement it on the ground is still far away. It needs human infrastructure, physical infrastructure, training and various things which are yet to happen in this country. It will take time, but at least that intention has come. We are seeing how the academic part of the school for all the children should be limited to three to four hours a day, max. The rest of the time, they must learn other things.

Right now we have created a nation where, if a farmer’s son goes to the farm with his father and both of them are working on the land, then the father can be arrested for child labor. Yes, really! There is something very dangerous growing in the country. If you ask any farmer in the country whether they want their children to go into farming, it is just two to four percent. So in another twenty-five years when this generation passes, who is going to grow food in this country?

If you ask any farmer in the country whether they want their children to go into farming, it is just two to four percent. So in another twenty-five years when this generation passes, who is going to grow food in this country?

You may have technical knowledge, you may do an MBA and various things, but just go on the land and take out one crop, let me see. It is too complex! We think farming is for the illiterate, but it is not so. It is a very complex, meticulous operation. Just because he does not have formal education does not mean that he has no brains. He knows something very vital, and because of this, all of us are eating right now. Our stomachs are full. But this nation is in danger of not being able to grow its own food in the next twenty-five years.

Only a certain number of children need to go into academic education. Others need to learn other skills and a variety of other things to do in the country, for their own wellbeing. Not everybody’s brains are made for academics. A whole lot of them simply suffer their academic life. Some of them find great joy in academics, but a whole lot of them suffer the examinations and studying. These people should not be doing academics; they should be learning some other skills where their aptitude is. But there is nobody to identify your aptitude – what it is that you could do well, with joy.

An electrician or a carpenter must have the same prestige that a doctor or an engineer has. Only then, education will get leveled out.

Between the ages of ten and fifteen, we must have a process in the education system where people can choose. Right now, one reason why everybody wants to go into medicine or engineering is because of social prestige nonsense. An electrician or a carpenter must have the same prestige that a doctor or an engineer has. Only then, education will get leveled out. Above all, a farmer must have a higher place in this society than any of us. He is feeding us.

Education
Related Content
article
The Qualities of a Good Teacher
Sadhguru explains the qualities that a good teacher must possess, and the significance of a teacher in shaping the child.
Sep 3, 2020
article
Sadhguru’s Ideas For A Better Post-Pandemic World
Sadhguru shares his insights on how we can make the COVID-19 challenge into an opportunity to rejig the way the world works.
Jun 23, 2020
article
Quotes About Education by Sadhguru
Sadhguru never let schooling interfere with his education. Hence, behind his various educational initiatives, the emphasis has always been on inspiration, not indoctrination. It has never been about accumulating information but enhancing perception. Below are a few quotes he has shared on the subject.
Apr 30, 2020
Close