The Devotees of the Dhyanalinga Parikrama

The Stone Panels in the Dhyanalinga Inner Parikrama depict transformative moments in the lives of various devotees. Here are the stories of three of them.

Sadhguru: Akka Mahadevi was a devotee of Shiva. Right from childhood she had completely given herself to Shiva and she looked upon him as her husband. A king saw her one day and she was so beautiful that he married her. But in her mind and consciousness, she was already married to Shiva. After a few years of frustration, the king became so exasperated that he brought her to court and accused her of adultery. Mahadevi said, “You fool! I am not your wife. You think so because of a social event, but that is not so. Everything in me is already given.” The king lost his cool and said, “Everything that you have is mine. The jewels, the clothes – everything. So how are you talking about your life being somebody else’s!” So, in the full assembly of the court, Akka Mahadevi – a young woman of 18 years – just dropped all her clothes and left. She walked naked from that day on; naked – not only of clothing – but naked of ego and shame, naked even of herself. She produced the most fabulous poetry that you can think of; her devotion and her love found expression in such fierce ways. Her devotion was such that every day she begged him,

“Shiva let no food come my way. Let my body also express the longing and anguish that I am going through to become part of you. If I eat, my body will be satisfied. My body will not know what I am feeling. So let no food come towards me. If food does come into my hands, let it fall down in the mud before I put it into my mouth. If it falls in the mud, the fool that I am, before I pick it up, let a dog come and take it away.”

This was her daily prayer. 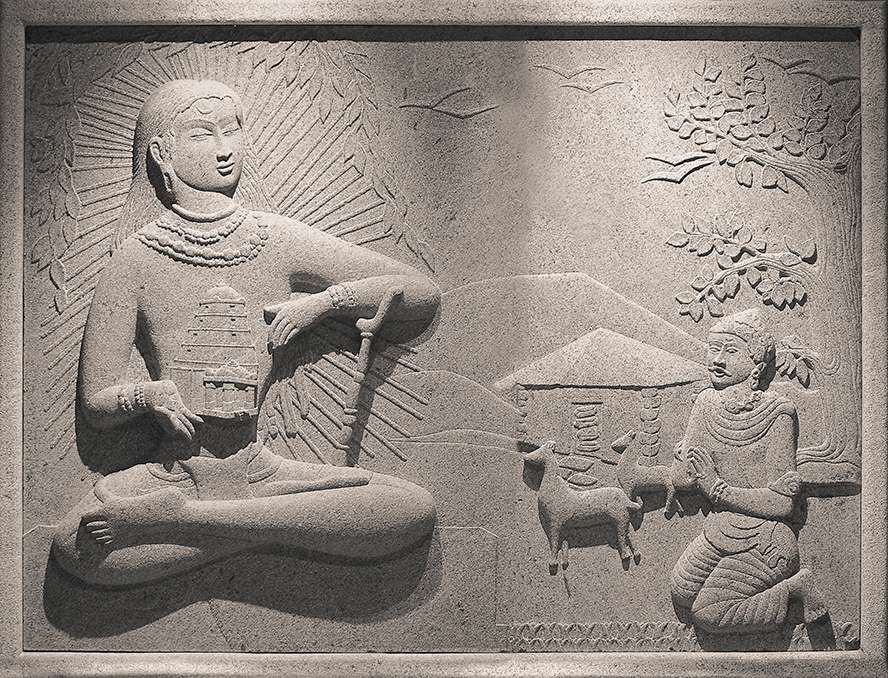 Poosalar was a sage who lived in a town in South India. The king of that area was building a huge Shiva temple. After many years of work, the temple was nearing completion. The night before the opening ceremony of the temple, which was the king’s lifetime’s ambition, Shiva appeared in his dream and said, “I will not be able to come to your temple’s inauguration because Poosalar has built another temple in the same town. I need to go there. He is also opening it tomorrow.”

The king woke up with a fright, because after he has strived to build this temple for so many years, after so much money and effort, Shiva says he has to go to some other temple built by Poosalar in the same town. “Who is this Poosalar and which is this temple that I do not know about?” He went searching for Poosalar.

After a lot of searching, they found Poosalar, a cobbler by profession, in a small hut. In those days, being a cobbler was a profession that was looked down upon. The king went and asked him, “Where is your temple? Shiva says he is going to go to your temple, not mine. Where is it?” Poosalar said, “I just built it in my mind.”

Every brick, every stone, he slowly built it for many years in his mind, and that is more of a reality than what you build with stone and brick.

There was a yogi by the name of Sadashiva Brahmendra in South India, who was a nirkaya – he had no sense of body. Wearing clothes does not even occur to a person who has no sense of body, so he just walked naked; He had no sense of boundary and property either, and one day, he happened to walk into the king’s garden on the banks of the River Cauvery. The king was relaxing with his queens, when he saw Sadashiva Brahmendra walking into the garden naked in front of the women. Sadashiva Brahmendra had no sense of who is a man or a woman. The king got angry, “Who is this fool walking naked in front of my women?” He sent his soldiers and ordered them, “Find out who this fool is.” The soldiers ran behind him and called the yogi. He did not turn back and simply kept walking. The soldiers got angry, took out their sword and struck at him, severing his right arm. But he did not even break his stride. He just kept walking.

Seeing this, the soldiers were terrified. They realized this was no ordinary man. Even if his arm is chopped, he keeps walking! The king and soldiers ran behind him, fell at his feet, and brought him back to the garden. He lived in that garden for the rest of his life and left his body there.

Editor's Note: To explain the nature of the Dhyanalinga consecration, Sadhguru narrates an incident from an Inner Engineering program where an artist intuitively scribbled a perfect image of the Dhyanalinga. He also gives a simple process to access the energies of Dhyanalinga, which are not limited by time and space.June 24, 2021, marks the 22nd anniversary of the Dhyanalinga Consecration.Join the livestream of the multi-religious chants and songs that are offered to Dhyanalinga from 6 am to 6:10 pm (IST).

Dhyanalinga
Shiva
Devotion
Transformation
Indian Culture
Seeking
Wisdom
Related Content
article
“I’m married to Shiva.”
In Part 3 of the “Women and Spirituality” series, Sadhguru tells us about Akka Mahadevi, a woman who defied a king and walked naked out of her devotion to the Adiyogi.
Nov 11, 2012
article
Kashi – A Tower of Light and Shiva’s Luminous City
Sadhguru reveals the secrets of the most ancient city in the world – Kashi. He explains how the entire city was consecrated as a massive yantra to become a spiritual doorway for thousands of people who chose to live there.
Jan 21, 2021
article
What is True Love? A Deeper Insight
Ever wondered about the meaning of true love? Want to know if unconditional love exists? Sadhguru shares his insights on a topic that is timeless yet vitally relevant right now.
Nov 20, 2020
Close