In this excerpt from an interview, Kangana Ranaut opens up on how, at the peak of her career as an actress, she hit rock bottom as an individual. Find out how she first met Sadhguru, and how she has experienced her journey with Isha so far, up to the recent Samyama program that she participated in.

Kangana Ranaut: My journey with Isha started a year ago, and that was the time where I was at a dead end in my life.

From the Himalayas to Bollywood

When I look back now, I think I’ve had a very dramatic journey – as a child as well. When I was six, something happened. It was a disturbing incidence, which made me feel like a part of me has been violently pulled out of me. From that day onwards, the world seemed a bit unreal to me. Something in me changed, and I remember doing things which are bizarre for any reasonable person, things which are completely against my survival. You know like at the age of fifteen, I left home. I was homeless. I was sleeping on roads.

People usually think that I wanted to be an actress, but mountain people are not very ambitious. When I stumbled upon acting, that’s when I felt that everyone was talking about making a career or wanting validation. Being successful became very important to me. I became hugely successful. The kind of box office success and critical acclaim I’ve seen, no one had seen so far, and that was where things got really bad for me. I was not interested in any relationship. I was not interested in success.

Even today, people say, “How come you are so fearless? Why do you always do things which are going against your career?” It’s easy to see I really do not care, because it means nothing to me; it did not do anything to me. I started to feel lost. It came to a point where my life became very dark, and I could see no hope. I was at the peak of my career, but I had to live with that sort of emptiness I had in me.

A Book as if Written by God

Fortunately, I stumbled upon Sadhguru’s book – it was Inner Engineering. My sister was expecting; she had loads of time and was going through a lot of good books. She was like, “I found this book and this is what you need.” I said, “I don't read ‘guru books’ and all that.” She just left it with me. I saw his picture and it was like I was struck by lightning. I had read a lot of Vedanta, books on quantum physics, karma yoga, Gita, Osho, everything possible on spirituality.

When I read his book, it seems like God has written it. Like a first-hand experience of what it is like to be Shiv, that boundless limitlessness. I said, “This is very different, and I would like to meet this person.” 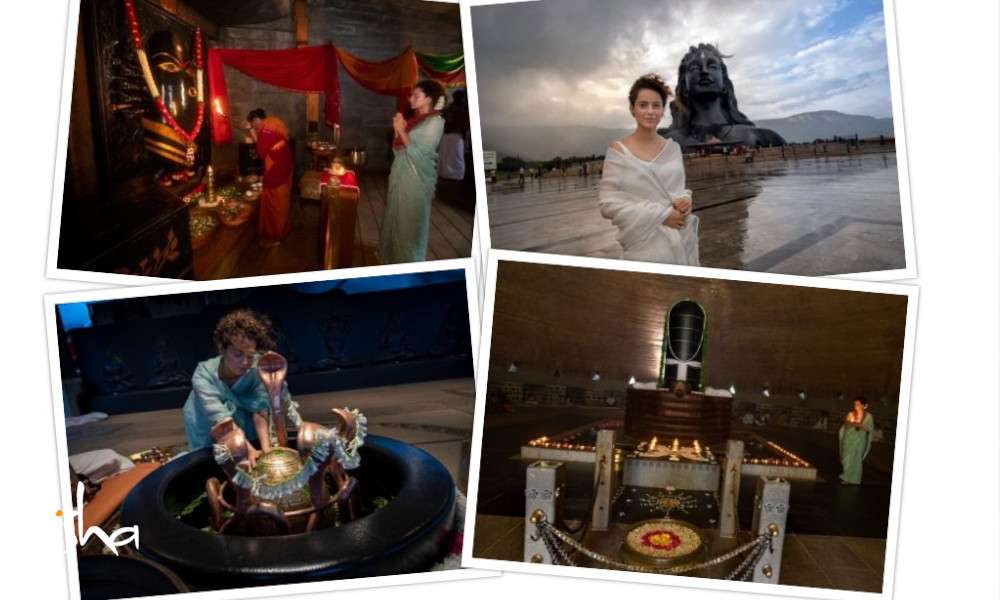 He was in the US and that urge was so strong, I took the next flight to meet him. He was initiating people into Shambhavi, and he initiated me into it. In my first personal meeting with him after initiation, he looked at me and he said, “You should do Samyama.” Samyama is actually, literally PhD of Isha; it’s the highest available course. I’m like, “I don’t need to go that fast. I’m very happy with Shambhavi,” and I was. It gave me a lot of things back like my exuberance, and Shambhavi can give you very high energy levels.

Something in you unlocks, and you just become very light as a person. So I said, “Sadhguru, I don’t think I need Samyama right now.” And he kept saying, “No, you do it.” Then I started to do other levels of meditations like Shoonya and Shakti Chalana, and all of that.

Samyama: Shiva in Me

I have found what I had lost, and now everything makes sense.

When I started Samyama, I was very scared because it’s a very subtle process and Sadhguru says it may happen or it may not happen to you. And then suddenly, I think on the fifth or sixth day, it just opened up, and it happened to me. I’m so grateful that I did this. It’s very difficult to express these experiences in words. Before this, Shiva as a dimension was something that I could mentally understand. But after Samyama, he unleashed Shiva in me; he has become my breath. I could tell that this is what was missing for me.

I have found what I had lost, and now everything makes sense. I feel for the first time in my life that something has happened so profound to me. No amount of success, awards, money, relationships have ever touched me, other than this experience. I’m just so fortunate to be in this world, at this time when Sadhguru is there. He literally held my hand and took me through this. When he met me, he knew what I was lacking. That’s the most important thing, because I don’t think I would have made it without him identifying what is missing in my life. I’m going to be always grateful to him.

Spirituality
Related Content
article
What it means to be locked down in the Isha Yoga Center
Know why Rachel, from the UK, feels that Isha Yoga Center sets an incredible example of how over 2,500 people can live together safely in times like this.
Jun 2, 2020
Loading...
Loading...
article
Mysticism Takes Center Stage at Madison Square Garden
New York City recently witnessed its largest Mystic Eye program with Sadhguru, attended by thousands of people at the iconic Madison Square Garden in Manhattan.
Nov 26, 2019
Loading...
Loading...
article
How Daniel Became A Full Time Volunteer At Sadhguru School
After stumbling upon Sadhguru on YouTube earlier in the year, Daniel Nuwamanya from Uganda took a brave plunge to leave his Kampala city job in June 2019 and volunteer full time at Sadhguru School.
Oct 8, 2019
Loading...
Loading...
Close