Why would a God be depicted carrying weapons? Sadhguru explains, as the life process contains both creation and destruction, so the Gods symbolized the peak of all aspects of life.​

Q: In Indian culture we have always talked about peace and joy. Why are the Gods portrayed with so many weapons – ten hands with weapons and things like that? Why are they displayed so violently?

Sadhguru: Because they understood the strategic importance of weaponry! In this nation, we had a former President who was a rocket and missile scientist. Very peaceful people are involved in the production of weapons because they realized that only if you have the necessary weaponry, can you maintain peace for the nation. Otherwise, anybody and everybody will walk over you. In other religions, their Gods are unarmed but their people are armed. We are not living in a world where human consciousness is such that weaponry is unnecessary and self-protection is no longer an issue. We have not reached that point yet.

The most successful nations on the planet have generally survived by producing weaponry. The biggest business on the planet is arms and armaments. So our Gods had sense. They are very strategic. Because people are always going to Gods mostly seeking protection and wellbeing, an unarmed God was seen as useless – so they armed him. But they also have other symbols of peace. It is like an olive branch and a gun at the same time.

Neither Violence or Peace

Essentially, this depiction is not for violence or peace. It is to make you understand that what you symbolize as God is just the highest aspect of life. Life is neither peace nor violence. It is a complex mixture of many things. And both peacefulness and violence are very much involved in it.

Life is neither peace nor violence. It is a complex mixture of many things.

People often relax in their garden at home. They think the garden is so peaceful. But that’s not true. If you dig beneath the earth, there is a huge fight constantly going on for survival between the roots, the worms, the earth and different creatures. Moment to moment, millions of them are being killed, millions of them are being born. Your idea of peace in terms of non-killing is a very immature peace.

Here, in this culture, we did not see peace as what happens outside. We saw peace as what is happening within you. This is why so much inner exploration happened as to knowing the essential nature of life. If you look at the surface of your garden or the forest, people always thought the forest is a peaceful place. I think that is a very immature idea. A forest is a very violent place. Have you noticed, when something gets violent, you say it is like a jungle – because you realize that somewhere. A jungle is a very violent place. Every moment, somebody is trying to kill somebody. Small and big, it is constantly happening. If you think a jungle is peaceful, your vision is very superficial.

If you look a little deeper into life, you understand there is no such thing as peace or violence. The life process involves both creation and destruction. It is on. Within yourself, you can be either peaceful or in turmoil. But outside, you have no choice. Life involves all aspects. So Gods were depicted with all aspects. If you observe in the ten hands, not all the hands are carrying weapons. This is just to symbolize the peak of all aspects of life, not just for violence or for peace. 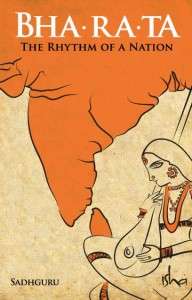 Editor’s Note: Sadhguru looks at the past, present and future of this nation, and explores why this culture matters to every human being on the planet. With images, graphics and Sadhguru’s inspiring words, here’s Bharat as you have never known it!

PeaceViolence
Related Content
article
World Peace Day at the Isha Institute of Inner-Sciences
On September 21st, World Peace Day was celebrated in the lap of nature at the Cumberland Plateau at iii in Nashville, Tennessee. With hikes, guided meditations and cooking classes, the participants relished every bit of the event.
Oct 15, 2019
Loading...
Loading...
article
Sadhguru Talk at UNESCO Third Ahimsa Lecture on Oct 2, 2018
In the third Ahimsa Lecture, to be held at the UNESCO Headquarters in Paris, France, Sadhguru will engage in a dialogue with Gregoire Borst on the relationship between peace, neuroplasticity and education.
Sep 30, 2018
Loading...
Loading...
article
Sadhguru at World Peace Conference in Rishikesh
Earlier this month, Sadhguru was a member of the World Peace Conference in Rishikesh, dedicated to preserving and protecting the environment.
Nov 19, 2012
Loading...
Loading...
Close