The Origin of Yoga

Sadhguru tells us about the first “yoga program,” and of the day the first Guru, the Adi Guru, was born.

Sadhguru tells us about the first "yoga program," and of the day the first Guru, the Adi Guru, was born.

Sadhguru: In the yogic culture Shiva is not seen as a God, he is the Adiyogi, the first yogi. We do not know exactly how many thousands of years ago, but from interpretations of celestial activity like certain meteors and comets, it is estimated that somewhere between 15,000 to 40,000 years ago, Shiva, the Adiyogi, attained. He went into intense ecstatic dance upon the Himalaya mountains. When his ecstasy allowed him some movement, he danced wildly. When it became beyond movement, he became utterly still.

People saw that he was experiencing something that no one had known before, something that they were unable to fathom. Interest developed and people came, wanting to know what this was. People came, waited and left because the man was oblivious to other people’s presence. He was either in intense dance or absolute stillness, completely oblivious to what was happening around him. Only seven people hung on. These seven people were insistent that they must learn from him, but Shiva ignored them. They pleaded and begged him, “Please, we want to know what you know.”

Shiva dismissed them and said, “You fools, the way you are, you are not going to know in a million years, get lost! You need to prepare. There is a tremendous amount of preparation needed for this. This is not entertainment.”

One day, after eighty-four years of sadhana, Adiyogi looked at these seven people and saw that they had become shining receptacles of knowing.

They started preparing. Day after day, week after week, month after month, year after year, they prepared. He just chose to ignore them. One day, after eighty-four years of sadhana, on the first full moon day after the summer solstice – that is, when the Sun’s run with relation to this planet shifted from the northern run to the southern run, which in this tradition is known as Uttarayana and Dakshinayana – on that full moon day, the Adiyogi looked at these seven people and saw that they had become shining receptacles of knowing. They were absolutely ripe to receive.

He could not ignore them anymore. They grabbed his attention. He watched them closely for the next twenty-eight days and when the next full moon rose, he decided to become a Guru. That full moon day is known as Guru Pournami because the Adiyogi transformed himself into the Adi Guru – the first Guru was born on that day. He turned south because these seven people had come to him and pleaded, “It is not just for our own wellbeing. We are asking you to give this knowing to us to ensure the wellbeing of our race.” Because he turned south, when Shiva sits as a teacher, we call him Dakshinamurti.

After many years of transmission, it was complete and it had produced seven fully enlightened beings who are today celebrated as the Saptarishis.

He turned south to shed his grace upon their race and the transmission of yogic science started. When I say yogic science, I am not talking about the yoga class that you go through about how to bend your body (which every new born infant knows) or how to hold your breath (which every unborn infant knows). This is understanding the science of human mechanism to be able to dismantle or put it together. This transmission started and it went on for a long period of time. After many years of transmission, it was complete, and it had produced seven fully enlightened beings who are today celebrated as the Saptarishis. The Adiyogi said, “It’s no use for all of you to go down south. One will do for your race. The rest go elsewhere and spread this across the world.”

When we say “south,” anything south of the Himalayas is “south.” He came south and made the spiritual process a part of everybody’s life. They say he did not spare a single human habitation in the subcontinent. He made sure every human habitation in the region was touched, not as a teaching but by making the spiritual process a part of their life. You can still find the remnants of his work in every family in this country who are unknowingly doing some kind of yoga in distorted forms. For Indians, if you look carefully at your own family, the way you sit, the way you do things, whatever is being done traditionally are the remnants of Agastya’s work.

Who is the Real Sadhguru
The following is an excerpt from a Q&A session with Sadhguru during a satsang at the Isha Institute of Inner-scien...
Article 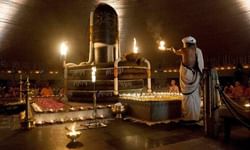 What Is Dhyanalinga?
Sadhguru explains the science behind the consecration of the Dhyanalinga.
Ebook 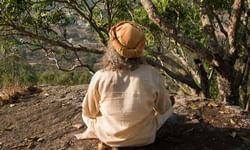 Enlightenment - An Inside Story
Speaking from an inner experience combined with a clear understanding of the fundamental mechanics of it, Sadhguru...
Video 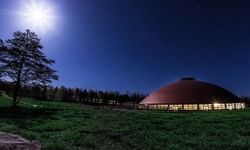