Here’s the story of Kaliyur village, where a massive change has come about over the last decade, changing the lives of villagers in many ways – and it all started with a volleyball!

Here’s the story of Kaliyur village, where a massive change has come about over the last decade, changing the lives of villagers in many ways – and it all started with a volleyball!

Kaliyur is a small village near Satyamangalam about 60 kilometers from Coimbatore in Tamil Nadu. But Kaliyur is not quite your typical village. The village has a library with a thriving readership and a robust microloan financing setup. And once a year, the village becomes a massive hub and the venue for a sporting festival on the occasion of Mattu Pongal. Sports teams from 60 villages in the area turn up to compete. The games start at 8 AM, and continue non-stop for 24 hours, right though to 8 AM the next day.

A 24-hour games festival takes quite a bit of money, energy and organization. And it is quite unusual for 60 villages in an area to boast sports teams for men and women. So how has this little village managed to pull this off year after year?

Once a year, the village becomes a massive hub and the venue for a sporting festival on the occasion of Mattu Pongal. Sports teams from 60 villages in the area turn up to compete.

Rewind to 13 years ago, to a group of Isha volunteers turning up at the village, offering to setup a sports team. But the reply they received wasn’t even a grunt of disapproval. They were just roundly ignored. A sports team was too far removed from the ground reality in the village for people to even consider it. One long year of repeated visits followed, before this village could even get its first volleyball and a net to go with it.

Soon however, the sound of the ball hitting the earth acted as a magnet, and a team of eight people began to play regularly. They had their difficulties though. Roof tiles were frequent victims of volleyballs gone astray, and many a housewife didn’t take kindly to the game. One amusing story goes that one of the ladies confiscated the volleyball and complained to the village panchayat about the nuisance this volleyball team was becoming. The panchayat however had other ideas, and the team lived on with his blessings. 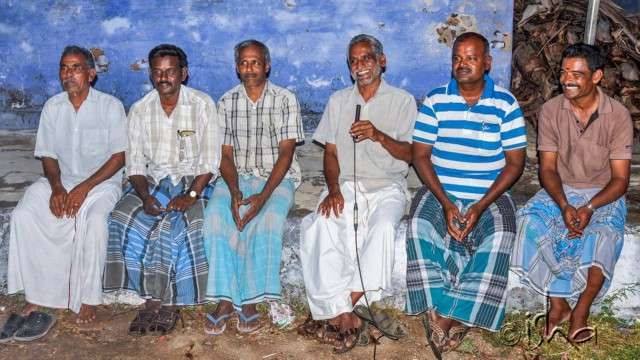 From this small beginning, the momentum began to grow, and today, the village has a volleyball committee, which takes up fundraising once a year. The funds are used for the sports festival, which draws massive crowds. Even ladies from all the villages turn up, and many stay overnight without any concerns about their safety. The event includes snacks throughout the day and annadhanam for all. The funds leftover after the festival are used in various ways to improve the village. The village temple’s roof was refurbished, a village library was setup, and micro loans are handed out to villagers who are in need or want to set up small scale enterprise.

So, can a ball change the world? We’ll leave it to you to decide.

Action for Rural Rejuvenation
Related Content
article
Navratri - All About the Festival, Traditions, Sadhana, Quotes and More
Navratri is a celebration of the divine feminine that is replete with rich traditions like golu and dandia, elaborate rituals of worshipping Devi, and powerful sadhana that one can use for their spiritual growth.
Mar 12, 2022