Kundalini: Awakening to the Treasure Within

ArticleApr 16, 2015
Sadhguru: The word “kundalini” generally refers to that dimension of energy that is yet to realize its potential. There is a huge volume of energy within you that is yet to find its potential. It is just there waiting, because what you call a human being is still in the making. You are not yet a human being, you are a “human becoming.” You are not an absolute entity of being human. There is constant scope to make yourself into a better human being.

When you were a monkey, you did not desire to become a man. Nature just pushed you on. But once you become human, there is no more unconscious evolution. If you are unconscious, the same endless cycle of the same nonsense will go on and on. Evolution will come to you only if you seek it consciously.

If you become conscious, evolution - or any change - cannot happen without the necessary energy. So, the process of evolution allowed a huge volume of energy untapped, that if you become conscious, you could use this to make something fantastic out of it. It is a treasure on which you are sitting. But if you are looking in the wrong direction, you will never know that there is a treasure.

Kundalini: Sitting on a Jackpot

It happened once. There was a beggar who lived in terrible poverty. He just sat under a tree and begged. People threw a few coins, and he just lived on. One day he died and his body was just lying there. He had no friends or relatives, and nobody wanted to carry him somewhere and bury him. So they decided to just bury him right there under the tree. As people began digging, they hit upon a huge treasure. Just a few feet beneath him there had been a huge treasure, a huge pot full of gold, and the fool was sitting right there all his life, begging. If only he had dug down, he would have been a very rich man. But he sat there all the time being a beggar.

This is the way of the Kundalini. It is sitting right there. Everyone is sitting on a jackpot, but they are all looking in other directions. They are not looking where the treasure is. So they never realize something like this is there. Kundalini is that treasure within you which has been left unused, untapped. You could use that energy to transform this into a completely different dimension altogether; a dimension that you cannot imagine.

Kundalini: Plug into the Ultimate Source

Let me take you from your own experience of life because the stories about Kundalini are many. In your house, there is a plug-point in the wall. This plug-point does not actually produce any power. There is a huge power station elsewhere that is producing power, but it cannot give you that power directly. It is the plug-point that gives you access. Though most people have not even thought about the power station and have no concept of what it is, they know that if they plug an appliance into the plug-point, the appliance will run.

Similarly, there is a "plug-point" within the human body. It is not a 3-pin point, it is a 5-pin point. You might have heard of the seven chakras. The muladhara is like a plug-point. That is why it is known as muladhara. Muladhara means “fundamental” or “basic.” Five of the remaining six chakras are the plug. What is the seventh chakra, known as the sahasrar? It is like a light bulb. If you plug it in, everything about you glows. If you are properly plugged in, keeping the lights on 24 hours of the day is not an issue anymore. You don't have to turn off your power because you are worried the battery might run out. You can just keep it on blatantly, recklessly, because you are plugged into the power source.

Even right now, you still have energy. You can read what is written. That means life energies are functioning, but in a very miniscule way. Just a small part of it is functioning. If the whole of it becomes available to you, if it is properly plugged in, there is no limit to what you can do out of it. Even with the plug-point at home, once you are plugged in, you can make light happen, you can get the air-conditioning going, you can have the heater, you can have the television – anything you want. Just one power point. You can do so many things.

Unfortunately, most human beings are not plugged in. They are trying to generate their own power. So they eat five times a day, but still they are tired most of the time. It is a struggle to keep life going. Energy is not just in terms of physical energy or activity, energy is in terms of life. Existence is energy, isn't it? The basis of existence is energy. If you know that basis, it is like knowing the foundations of life. If you understand the ways of the energy, you know the whole mechanics of creation. So if you are plugged in, you know what the power is, what it can do and what you can make out of it. You are plugged into an endless source of power – that is what is Kundalini.

How Do You Plug Into Kundalini? 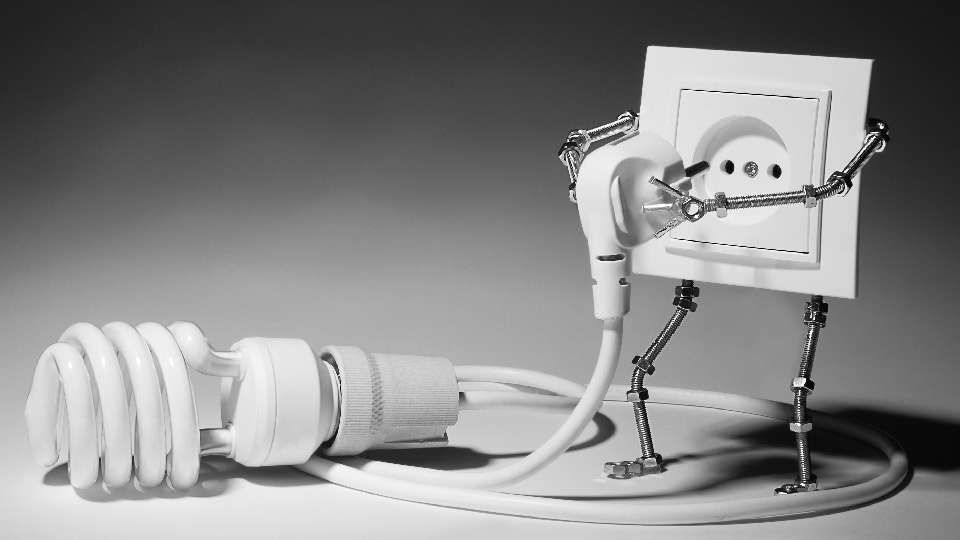 To plug in an appliance, if your hands are shaky, you will scratch the whole wall but you will not get the plug in. In the same way, to put the 5-point plug into the plug-point is difficult for a lot of people because there is no steadiness in their body, their mind, their emotions or their energies. Yoga is a means to get the necessary steadiness so that you can plug it in. Once you plug it in – boundless energy! You don't have to go and learn about or understand the power station. You plug it in and everything is fine.

A human being is an "organic atom", an individual unit of life. For example, today, human beings are exploring atomic science. An atom is not even visible to you, but if you smash it, something tremendous happens. And if you are in the way, something terrible will happen. No one ever realized that there could be so much energy packed into this tiny, little atom until they broke it. Similarly, there is a tremendous amount of energy packed into a human being. The Kundalini awakening or rising means you have found the technology of tapping into that energy.

However, if you tap into this dimension of energy, which is a phenomenal force, you must be on stable ground. This is just like learning to operate nuclear energy. Nowadays, everyone is learning a lot about atomic science because of the Japanese situation! If you have forgotten the Russian experience, the Japanese are reminding you. If you tap into this energy, you must tap into it with extreme caution. If you are not in the right kind of situations, if you are in the way of a tsunami or an earthquake, you could be asking for trouble. It is the same thing with the Kundalini.

With the kind of lives that most people live, where there are too many things – people, food or activity – that are not in absolute control, trying to activate the Kundalini because you read a book somewhere is like starting to build a nuclear reactor in your home because you read how to do it on the internet. Apparently, until 2006, there was a detailed plan about how to build a nuclear bomb available on the internet! We don't know how many people have downloaded it. The only fortune is they have no access to the material that is needed. With Kundalini too, there are too many people who have read about how, with the Kundalini awakening, you can do all sorts of miraculous things. But though they may intellectually know what to do, experientially they don’t. And that's a good thing because if they crack this energy open and they cannot contain it, it can destroy your whole system in no time. Not just you, people around you could be hugely harmed too. So is Kundalini a bad thing? No. It is a tremendous thing but anything which is tremendous has to be conducted in utmost care and caution.

How Else Do You Activate Kundalini?

So is there something else that one can do? Every aspect of yoga in some way activates Kundalini. In fact, everything that you do, if you go and jump for 10 minutes or play football, will activate your Kundalini to some extent. In moments of absolute involvement in a game, people show a phenomenal sense of energy, which is not possible for them in normal situations. This is because the Kundalini gets activated in intense activity. But consciously trying to crack it open and use it is a different business. That has to be done under absolute control and guidance.

Editor's Note:  Excerpted from Sadhguru’s discourse at the Isha Hatha Yoga School’s 21-week Hatha Yoga Teacher Training program. The program offers an unparalleled opportunity to acquire a profound understanding of the yogic system and the proficiency to teach Hatha Yoga. The next 21-week session begins on July 16 to Dec 11, 2019. For more information, visit www.ishahathayoga.com or mail info@ishahatayoga.com

Discover the many secrets of Prana and Kundalini, and watch as Sadhguru maps and explains a person’s energy system. Watch the 'Prana' series, only on Sadhguru Exclusive!

Yoga
Energy
Intensity
Consciousness
Transformation
Spirituality
Hatha Yoga Teacher Training Program
Wisdom
Related Content
article
What is Kundalini – Plugging into the Source of Creation
Sadhguru speaks about what kundalini is, and how it can be dangerous if one approaches it irresponsibly. He also speaks of yoga, which is a scientific method of raising the kundalini.
Dec 12, 2013
article
Kundalini Yoga: Beneficial or Dangerous?
Sadhguru looks at the dangers and benefits of Kundalini Yoga. He explores how this powerful spiritual process should be approached with utmost responsibility and reverence.
Apr 22, 2015
article
Breaking Your Barriers of Rigidity
Sadhguru looks at how we cultivate rigidity on many levels, which creates a barrier that does not allow us to flower.
Oct 26, 2015
Close