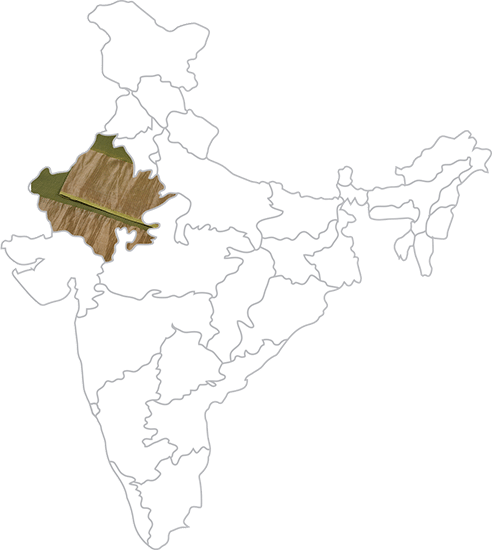 Named after the village of Sanganer in Rajasthan, Sanganeri prints are deeply reminiscent of ancient, exquisitely landscaped baugs (gardens). Sanganer is a hotspot for a myriad of dyeing and printing traditions for many years now.

Sanganeri prints are believed to have emerged from the war that broke out between the Mughals and Marathas in the mid-17 th century. Many craftsmen of that era migrated to Sanganer in Rajasthan, which by then was a thriving center of with sun-dried dyeing processes. The then royal families of the state were the earliest appreciators of the art and under their patronage the craft flourished by leaps and bounds.

The primary practitioners of the craft belong to the Chippa community. The process begins with carving the wooden and metal blocks. The cloth to be printed (traditionally woven on handlooms) is firstly treated with a turmeric solution which lends it a warm, yellowish appearance. In Sanganeri printing, the outline is printed first, followed by the inner motifs. The dye used for this outline is made using scraps of iron and jaggery. After this, a dye prepared from tree gum, alum and geru (red mud) is made to print the motifs. The required block is then dipped in the dye and expertly stamped onto the fabric. After being dried for a week, the cloth is thoroughly washed to rid it of any impurities and paste residues. The fabric is then treated in a large copper vessel with castor oil and local flowers. The treated cloth is later put out to dry, after which it acquires a luminous look with the motifs shining out brightly. Sanganeri printing however, can be carried out in four different ways. Apart from the direct method mentioned above, the others are discharge, resist and rogaan techniques.

This 500-year-old print is characterized by the usage of subtler and tranquil colors and intricate but oftentimes enlarged standalone motifs (buttas), which are majorly dominated by a variety of flora such as poppies, lilies, marigolds and sunflowers. Apart from flowers, the print also includes images of Indian gods and goddesses, native fruits and more. The makers of Sanganeri prints are known for their impeccable finesse of matching the background color of the cloth to that of the print, in a way that both sit in perfect harmony with each other.

Owing to the increase in demand for the print and a boom in the industry in general, the textiles of Sanganer have been reinvented to a great extent. Nowadays the print is used on everything from scarves, kurtis and salwar-kameez sets to bed sheets, curtains, quilts and even collectibles. The colors have also gone beyond the usual red and blue, to include a broader spectrum of yellow, mustard, brown, etc.

Today, Sanganer is home to about 3,000 artisans who are involved in this type of printing. However, challenges in carrying the practice forward remain. The print, although having achieved the Geographical Indication tag, is slowly coming under the shadows of faster and more contemporary methods such as screen printing, not to mention the inundation of synthetic dyes that make authentic Sanganeri prints rare and expensive. In addition, Sanganer has also been under environmental threats for some time, owing to pollution and overconsumption of resources (one of the reasons being the increasing usage of synthetic dyes). In fact, when the polluted waters started impacting the surrounding areas and local produce, the Rajasthan High Court was compelled to shut down the printing workshops that were in close proximity to the concerned areas. This and many more challenges are beckoning industry leaders, print-makers and consumers to revitalize this craft and appreciate it in all its pure untouched glory. 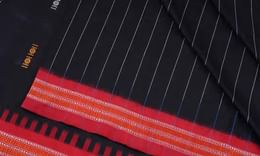 Bomkai silk is a handloom sari from Bomkai in the Ganjam district of Odisha, India. These saris are woven on a pit loom and are also known as the Sonepuri. 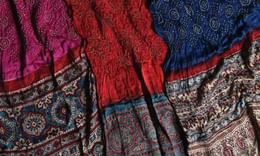 The craft of dyeing in India has held a deep meaning for thousands of years. One of its earliest visual representations can be seen in the Ajanta caves. 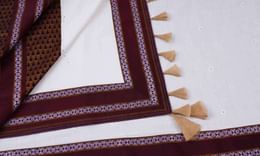 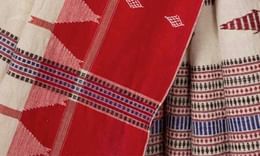 Tangaliya is a handwoven, GI protected textile ,made by the Dangasia community, a scheduled caste in Gujarat, India.