There have been allegations and accusations floating around that Isha Foundation has encroached upon Forest lands. We would like to emphatically reiterate that these are entirely untrue and baseless allegations created in a determined effort to discredit and tarnish the good name of Isha Foundation.

The land where the Yoga Center stands is 100% patta land purchased legally from private individuals. These lands have been private holdings for generations before Isha Foundation was even founded.

The officials of the Tamil Nadu Forest Department have verified and clearly documented the above, confirming that Isha Yoga Center has not infringed onto forest land and that there is no adverse impact on the surrounding flora and fauna. 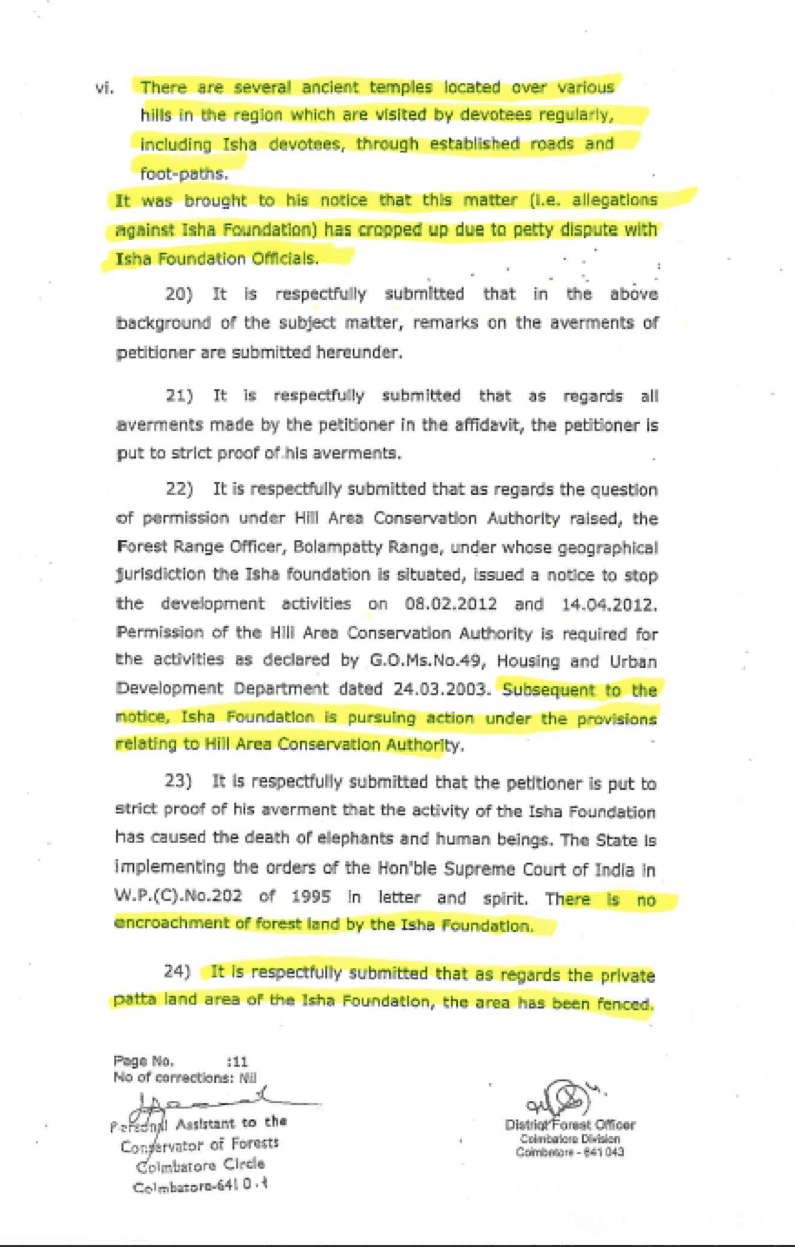 In spite of repeatedly stating that there are official records to show that Isha Foundation has not encroached on forest lands, vested interests continue to slander Isha by casting various aspersions.

For further understanding, we present Survey Maps from 1994, which clearly mark the survey numbers currently owned by Isha. Here again it is clear that these are private lands with documented survey numbers and not in reserve forest areas.

If further verification is needed to illustrate the truth, we can look towards satellite technology. From Google Earth images it can clearly be discerned that the site of the Adiyogi which is the main target of the rumour-mongers, is not forest land. This is evident because all surrounding areas are private holdings. Further, even as far back as 2006 (satellite images are only available from this year onwards) these lands were not forests. These areas were open private dry fenced off lands or in some parts cultivated in 2006.

Here are a few images to show the same evidence:

If there are a few people so steeped in suspicion that they still feel the need to personally verify the matter, we welcome them to do so. There are public records of every kind – Panchayat records, Survey numbers, Revenue records that go back to pre-independence times and technology at every citizen’s disposal. We urge anyone with suspicion and mistrust in their hearts to please take the trouble to verify the truth for themselves.