Sadhguru: Baalbek is an incredible monument. It is something that everybody should see. Some of the stones weigh 800 tonnes. I want you to just understand – to do this without equipment, without cranes, without trucks, without any big ships, what kind of human beings would even endeavour to think like that? Definitely not people who are thinking of just money and bread."

One interesting thing in this place is, if you look up at the ceiling, you will see stone lotuses hanging from the top of the temple. There is no lotus in the Middle East of course. It is the symbolism for Indian spirituality. And above all, in the museum at Baalbek, there is a stone with 16 corners called a Guru Pooja stone.

Guru Pooja is not just an emotional thing, it is a whole system of creating a certain possibility. This is called Shodashopachara, which means 16 ways of treating a Guru. For this, 16-cornered stones are made which are called Guru Pooja Peetas which are unique to yogic culture. Such a thing exists nowhere else on the planet, but in Baalbek there is a 3700-year old Guru Pooja stone. So obviously, there was a very active commercial and spiritual connection between these two lands. 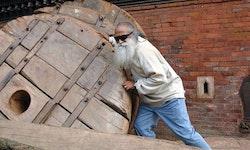 A Lean Machine
Sadhguru mentions that a certain sense of aesthetics has always been a part of his life.
Article 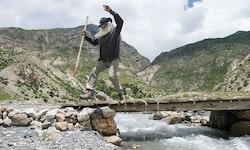 Adventurer
Flirting with danger and embracing thrills, "Adventure" is his middle name. Find out more about Sadhguru living on the edge.
Article 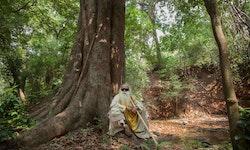 Treetops
Sadhguru narrates how he used to spend hours in the treetops as a child.
Article 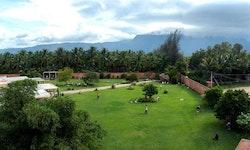 The Ashram in the Forest
Sadhguru’s adventures continued as he grew older and bought his motorcycle. During one such jungle foray, he came across Swami Nirmalananda, who, Sadhguru says, “knew that I am a yogi before I knew myself.”