A Terrific Gramotsavam in the City of Textiles and Turmeric

The 14th Isha Gramotsavam celebration held at Erode on December 9 became the talk of the town for more than one reason – coverage in 120 print media, 10 television channels and trended at No. 1 nationally on Twitter!

Here are some glimpses…

The Who’s-Who of Tamil Nadu Polity Were Present…

The Isha Gramotsavam finale was held in the state’s district of quaint and historic eminence, Erode, in the presence of Sadhguru and other eminent guests from politics as well as sports. 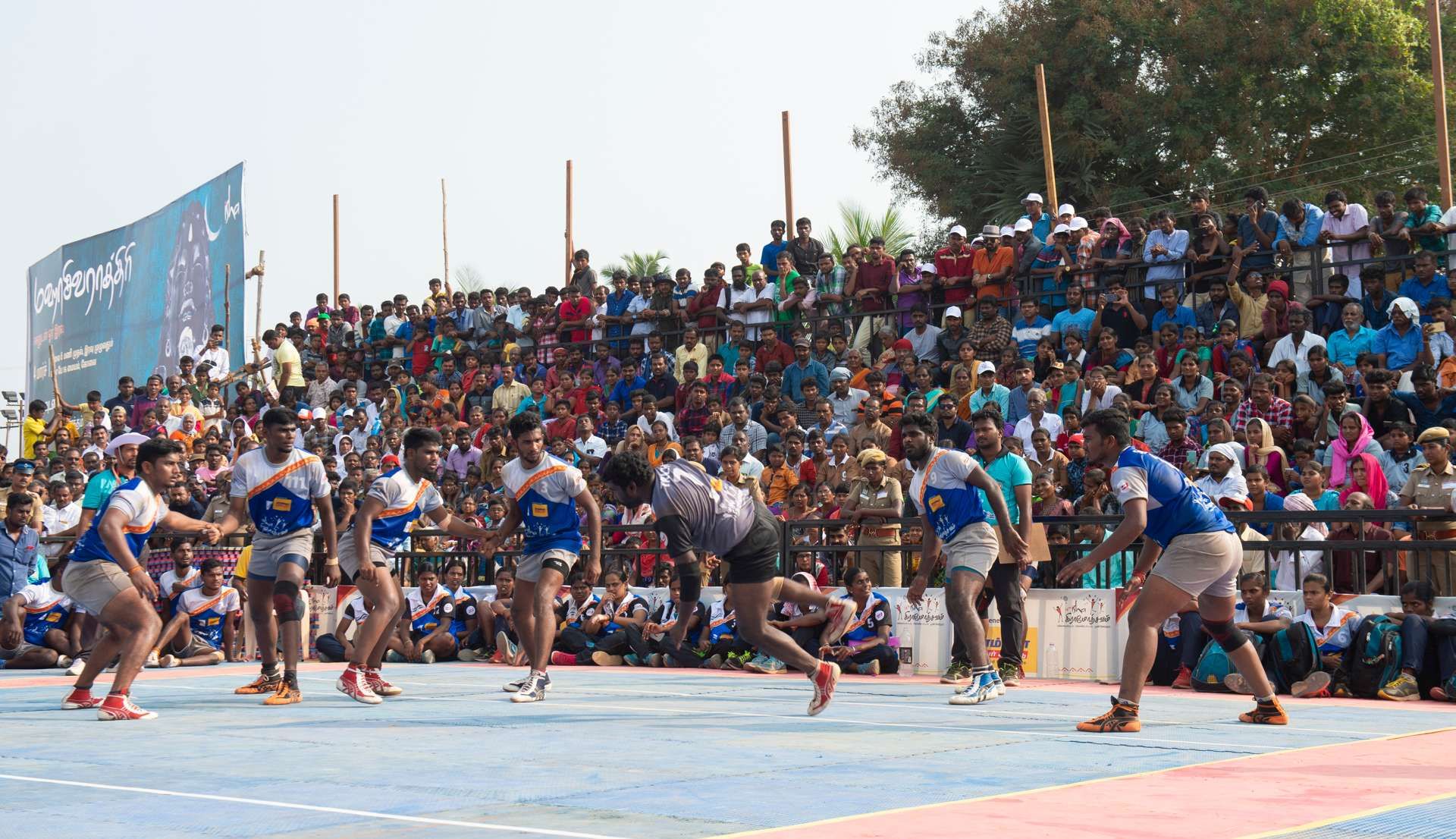 There was also a special guest on the dais, who spent more time with the players and the audience than on the stage! This was none other than the first Indian woman to win an Olympic medal, Smt. Karnam Malleswari.

Talk of the Town and the Town Bus?

“What’s this Gramotsavam festival that everyone seems to talk about…? Which God are they praying to?” An old man traveling in a town bus was overheard asking his extremely busy grandson perched next to him. “Ugh! That’s a sporting festival, grandpa… People from Coimbatore Isha are organizing it,” said his grandson, taking a brief reprieve from his all-consuming mobile screen.

The Erode locals had already adopted Gramotsavam like any other major local festival that was celebrated in this region, as the Gramotsavam vibes traversed and reverberated in the nearby regions of Gobi, Salem, Namakkal, Tiruppur, Coimbatore and many more.

Spectators poured in by the thousands and consisted not only of families and friends of participants but also many from the public who had just come to enjoy the display of sports and the folk performances. Many visitors themselves became like small children as they enjoyed the traditional games that had been organized, like “vazhakku maram” (slippery log), “uriyadi” (breaking the pot blindfolded), saakku ottam (sack race), tug-of-war, among others.

While speaking about the visitors, it is important not to leave out the masses that had just come because they heard that Sadhguru would hold a Satsang after the event.

Bright and smiling faces started arriving at the venue, TexValley, from 10 am onwards. They were received in a beautiful traditional way with flowers, sandal paste, kumkum and rosewater. The ambience sparked with more tradition and culture as the venue was decorated with banana trees, betel nuts, coconut spathe and inflorescence. The warm Isha volunteers who welcomed the guests added to the unfurling of the festive mood.

Erode is the cultural heartland of the surrounding Kongu Nadu region. However heavy industrialization and development have emptied the area of many of its cultural footprints, which include its traditional food varieties. But Isha Gramotsavam brought back many of these tasty and healthy eats made mostly from millets, that were the staple of the previous generation.

The daylong performances of traditional music and dance made the audience experience the true essence of the celebration. They got the rare opportunity of watching around 10 types of traditional dances including Mayilattam, Oyilattam, Kavadiyattam, Devarattam, and Silambattam on a single platform. When the Parai and Naiyandi music came on, everyone became youthful again as audience of all ages started to dance.

A Grand Finale of a Grand Scale

The Isha Gramotsavam this year was a culmination of the consistent outreach efforts of the last 14 years. This year, Isha Action for Rural Rejuvenation, the organizer of Isha Gramotsavam managed to reach a massive 40,000 players playing in 4,000 teams from 6,500 villages! No mean task for any organization, to say the least.

Here is a glimpse that captures the essence of what Gramotsavam is and how it happens in a celebratory way.

In the presence of Sadhguru and other guests, the finale of men’s volleyball, women’s throwball, kabaddi for both men and women, and Paralympics for the differently-abled took place amidst a lot of cheerful screams and merrymaking from the spectators.

As the spectators went about cheering on the athletes tirelessly, the players also displayed their sporting talents with indefatigable spirit, which escalated the spectators into a frenzy of excitement.

And Sadhguru also did not spare any opportunity to join in encouraging the players and the playfulness of the spectators alike.

Can a Ball Really Change the World?

A very touching story that emerged was that of the ladies who came from Sontyam, a village in Andhra Pradesh, against all odds, to participate in the grand finale. How did women who had never stepped out of their village even qualify or make it so far? Watch this moving account, from the ladies themselves, of how a ball has indeed changed their world…

Some Key Announcements and Highlights…

During his address at the event, Sadhguru spoke about how Isha is working on submitting a proposal to the state government to start sports academies in every district of Tamil Nadu. He also revealed that there is a plan to create an International Sports Academy at Isha Yoga Center with facilities to train in weightlifting, archery, shooting, and other sports.