How Is Zen Connected to Yoga?

Sadhguru explains what Zen is, and how it came to be such an effective means towards the Ultimate.

ArticleMay 26, 2016
Sadhguru: The word “Zen” comes from the Sanskrit word “Dhyan.” Gautama the Buddha taught Dhyan. Bodhidharma carried Dhyan to China, where it became Chan. This Chan went further down into Far East Asian countries, where it became Zen.

Zen is one form of spiritual path which has no scriptures, books, rules, or particular practices – nothing. It is an uncharted path. It is not very different from what yoga is. What we call yoga, they call Zen. In yoga, we present the same thing as a science while in Zen it is handled as an art form. To appreciate art, you need to be evolved in a certain way. But everyone can enjoy the fruits of science.

Zen became popular because at a certain time, a lineage of very wonderful Masters came. It was a miracle that for about four to five centuries, continuously, a series of very extraordinary Masters came, because of whom Zen has taken on a different kind of aura and quality. It has taken on a different dimension by itself simply because of the series of Masters who came. Each one evolved Zen in their own way and taught or transmitted it in their own unique way. Such a lineage probably happens only once in an eternity. Dozens of fully enlightened Masters came and created wonderful methods of transmitting this knowledge, which cannot be repeated again. If you repeat it, then Zen is meaningless. Zen is something that happens spontaneously.

In the path of Zen, there was a person whose name was Huitti. He never taught Zen to anyone, but he was known as a Master. He carried a huge bag on his shoulders. There were a lot of things in it and some were sweets. In every town and village he went to, children would gather around him and he would distribute sweets and then leave. That’s all! People would come and ask for teachings. He would just laugh and walk away.

One day, another Zen Master, Nbanin, who was of great repute, came and met Huitti. He wanted to know whether Huitti was really in Zen or not. So he asked him, “What is Zen?” Immediately, Huitti dropped the sack and stood straight. And then he asked, “What is the goal of Zen?” Huitti took the sack on his shoulders and walked away. 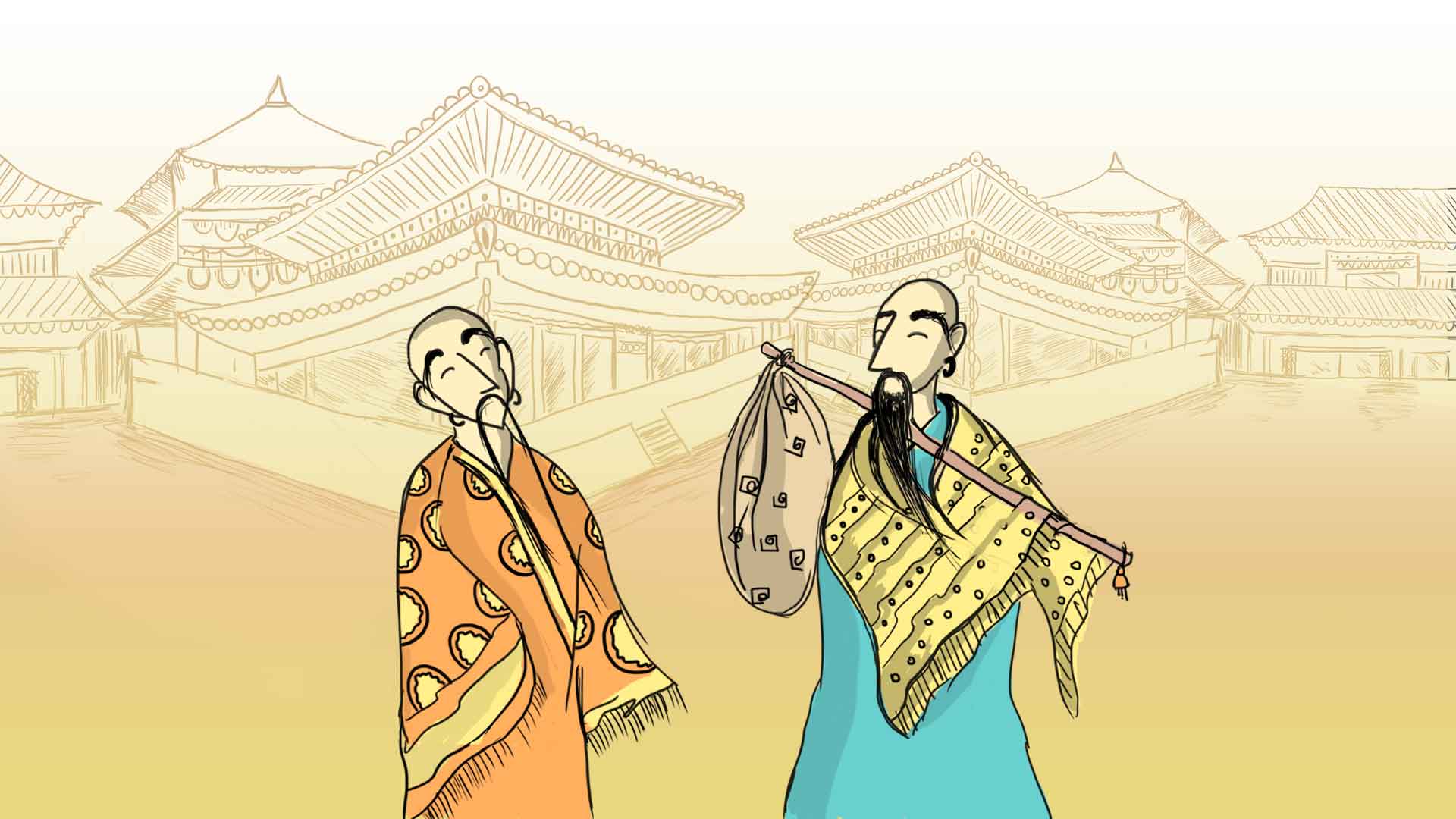 This is what yoga is also about; that is what every spiritual sadhana is about. When you want to attain to yoga or Zen or whatever you call it, you have to drop your load, discard everything that is on the way, remain free, and stand up straight. This is important. With your load you may never be able to do it. One can also do it with their load on their back, but that is very rare. I don’t know in how many millions there is such a person. What is the goal of yoga? Then, take up the whole load once again! But now it is no more a load; it does not feel like a load because you know the whole thing is there, but is not really there.

Editor's Note: : Sadhguru explores the realm of the enlightened in "Encounter the Enlightened." Purchase the ebook.