What is Tantra - Definitely Orgasmic, But Not Sexual

A seeker asks yogi and mytic, Sadhguru, about the tantric tradition and enquires, "what is tantra?" Sadhguru looks at tantra, and explains how the Guru-disciple relationship can definitely be orgasmic, but not sexual.

Question: What is tantra exactly? It is said that in the tantric tradition, when the relationship between the guru and shishya becomes intimate and sacred, there could be a closeness that could even be sexual. The shishya-guru attraction – as evident in the Krishna-gopi tradition of amorousness – might manifest as sexual union. So what is tantra really and how does it relate to our sexuality?

Sadhguru: The human mechanism is a composite of the physical body – an accumulation of food consumed, the mental body – the software and memory part that makes individuals function in specific ways, and the energy body – the fundamental upon which these two are housed. What is beyond this is non-physical.

The compulsive and cyclical nature of the body and mind render themselves a barrier for higher possibilities. Tantra is to go beyond, so that compulsiveness of the body and mind does not keep us trapped in our limitations. Tantra essentially means “technique” or “technology.” Tantra is about learning to use the body, not as oneself, but as a stepping-stone to deliver this Being to the highest possible dimension.

Blowing From the Top 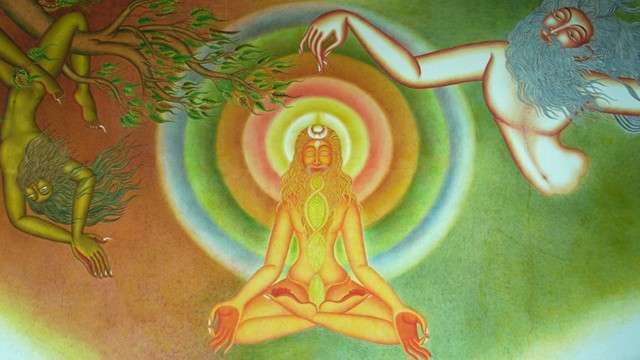 Tantra is not about unbridled sexuality, as assumed by many. Sexuality is a fundamental instinct instilled in our bodies to ensure the species perpetuates itself. This is a basic requirement. At the same time, one must know the limitations beyond which it will not carry us. It is only on recognising the limitations and the longing to touch other dimensions enters, that Yoga and Tantra become relevant.

Unlike sexuality, which tends to find release at the lower level of the energy system, Tantra is about building our energies to the fountain-head of the uppermost dimension of the energy system, so that one’s energies spill from the top. Of the different energy manifestations in the body – referred to as the 114 chakras – spilling from the top three is considered the highest. If you have to build up to this, every basic instinct, including the sexual instinct, emotions, intellect and survival process must be used to build and hype the energy system. The intention is to deploy all instincts for which a certain amount of energy is dedicated in the body. If one goes into an actual sexual act, the build-up and the purpose of it will be lost.

Sexual needs can be fulfilled by forming relationships for that purpose, either within or outside the fold. But using spiritual process to fulfil sexual compulsions is reprehensible and irresponsible. It can lead to various levels of loss because the tantric process is not only used for the individual’s spiritual growth, but also to create an energetic space to support other possibilities that bring wellbeing to many.

You Don’t Have to Huff and Puff

I am talking about upgrading your technology. You don’t have to huff and puff to get into an orgasmic state. If you sit with your eyes closed, you can drip with orgasms in every cell of your body.

The Guru-shishya relationship is to deliver the shishya to a higher dimension of consciousness, not trap one into the compulsive nature of sexuality. Above all, this sacred relationship is definitely orgasmic, but not sexual. I am talking about upgrading your technology. You don’t have to huff and puff to get into an orgasmic state. If you sit with your eyes closed, you can drip with orgasms in every cell of your body. Those who have failed to achieve an orgasmic state of existence will associate an ecstatic state with sexuality because that’s probably the highest level of experience they have known.

If all you want is to do a meditation or spiritual practice, you don’t really need a Guru. The Guru is here essentially to overwhelm you with nameless ecstasies.

So what is tantra? It is a technology of liberation, not enslavement.

Tantra
Sexuality
Guru
Body
Energy
Shiva
Wisdom
Related Content
article
Tantra Yoga: Becoming an Instrument of Life
Jul 9, 2013
article
What is Tantra Yoga? Definitely Orgasmic, But Not Sexual
A seeker asks Sadhguru, “What is Tantra?” Sadhguru looks at the Tantric tradition, and explains how the Guru-disciple relationship can definitely be orgasmic, but not sexual.
Dec 10, 2020
article
Know Your Yoga: An Introduction to the Yogic Science
A comprehensive guide to all things about Yoga.
May 7, 2012
Close