The Significance of Shiva

Sadhguru looks at the significance of the being we call Shiva, and how his contribution to humanity is truly unique.

Sadhguru looks at the significance of the being we call Shiva, and how his contribution to humanity is truly unique.

Sadhguru: Because there is no one crazy enough for me. We are not talking about Shiva versus someone else. That which you refer to as Shiva includes everything. There have been many wonderful human beings who have done great service to humanity. But in terms of perception, there has not been another being like him. 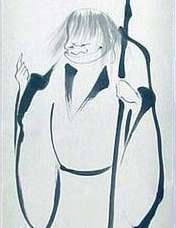 So you are talking about Zen. What greater master of Zen than Shiva himself? Have you heard of the Zen Master Gutei? Whenever Gutei was talking about Zen, he would always raise his finger, trying to show, “Everything is one.” In these Zen monasteries, little boys became monks at four, five years of age. A little boy like this who was growing up in the monastery saw Gutei and also began to raise his index finger whenever anyone said anything. Gutei watched this but waited for the boy to become sixteen years of age. Then one day, Gutei called the boy and raised his finger. The boy instinctively also did the same thing. Gutei took out a knife and chopped off the boy’s finger, and they say the boy attained. He suddenly saw the point that it is not about one, it is about nothing.

Shiva went further, a long time ago. One day, after a long absence, he came back home. He had not seen his son who was now ten, eleven years of age. When he came, this boy, who carried a little trident, tried to stop him. Shiva took off his head, not his trident. Parvati was hugely upset about this. So to fix this, Shiva put a gana’s head on the boy’s body, who then became very brilliant. Even today in India, before people start education or anything else, they will first worship this boy. Now people have kind of modified it and the gana head has become a gaja head, but he became the very embodiment of intelligence and brilliance. They said there was nothing that he did not know.

Get weekly updates on the latest blogs via newsletters right in your mailbox.
Nothing in this world is left out of Shiva’s life. He is so complex and so complete.

That was the first act of Zen. Nothing in this world is left out of Shiva’s life. He is so complex and so complete. And he did not have a teaching, he only had methods, and these methods are one hundred percent scientific in nature. He gave 112 ways in which a human being can attain because there are 114 chakras in the human system, but two of them are outside the physical body, so he said, “That realm is only for those who are beyond. For human beings, there are only 112 ways.” And he showed clear methods as to how you can exploit these 112 dimensions of how this life is made. Through each one of them, you can realize.

What Shiva was talking is the mechanics of life, no philosophy, no teaching, no social relevance – simply science. From this science, individual masters make technology. He gave the science of it. Behind the technologies that you are enjoying today, either in the form of a smartphone or a computer or some other gadget, there is a science. That science is not relevant to you. You are only using the technology. But if someone had not grasped the science, you would not have the technology.

So what Shiva said is simply pure science. He left it to the Saptarishis to make the technology as it would suit the people who would sit in front of them on that day. Technology can be made up. Depending upon what we need, we produce a particular gadget, but the fundamental science is the same. Gadgets that are relevant today may be irrelevant tomorrow. So many gadgets that we once thought were very valuable are no more valuable because new gadgets have come – but the science is the same.

So with the Adiyogi, we are looking at the fundamental science. At a time like this, when for various reasons, humanity is in the kind of state that it is in, it is important that the essential science is strengthened.

Image courtesy: Gutei from Wikipedia.
Thanks to ArtLab for the Shiva illustration.

Shiva
Related Content
article
6 Remarkable Stories of Agastya Muni’s Life
One of the Saptarishis and a direct disciple of Adiyogi Shiva, Agastya Muni was a being of tremendous proportions. His tireless efforts ensured that the spiritual process became widely available to the common person.
Dec 20, 2021
article
Ganas of Shiva – Demented or Celestial?
Shiva's ganas are famous in the Yogic lore as his constant companions but little else is known about them. In this blogpost, Sadhguru reveals more about these mysterious beings.
Dec 2, 2021
article
Agastya Muni - The Father of Southern Indian Mysticism
Find out why Agastya Muni was known as the father of Southern Indian mysticism, and what his efforts to spread the spiritual process have to do with Sadhguru.
Nov 22, 2021
Close