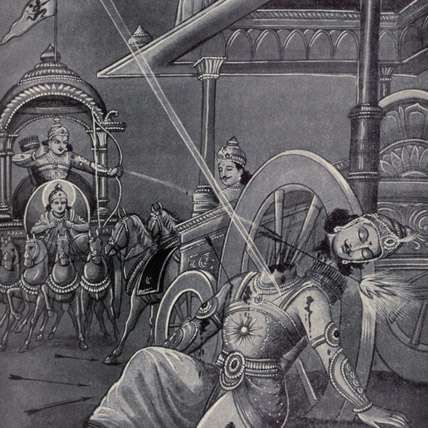 Indian Culture
Awareness
Krishna
Anger
Destiny
Death
Mahabharat
Wisdom
Related Content
article
Mahabharat Episode 70: The Reason Why Karna’s Talent Went Waste
Whatever competence you may have will not bear fruit when you are arrogant. If competence is accompanied by grace, it will help you become much larger than you are by yourself. That is how life should be.
Sep 4, 2021
article
Mahabharat Stories: 7 Important Tales From the Epic
Yogi and mystic Sadhguru looks at the essence of what the story of Mahabharat represents, and explores crucial episodes of the epic - from Duryodhana's choices to Krishna's role in Kurukshetra.
Feb 4, 2014
article
Mahabharat Episode 17: Karna – Doomed from Birth
In this Mahabharat episode, we follow Karna from his remarkable birth, and watch as his longing for glory leads him to great skill, but also into the snare of a double curse.
Apr 9, 2018
Close