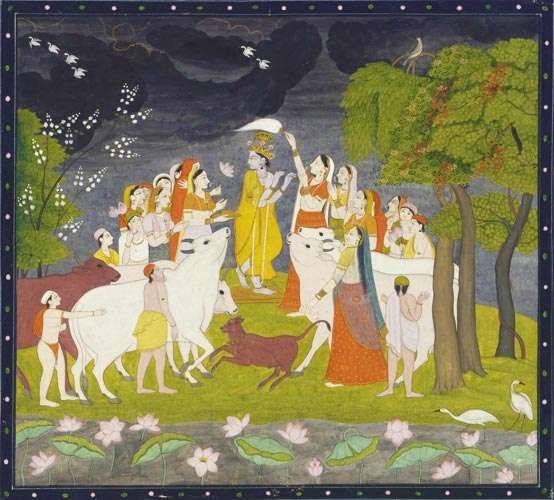 Krishna
Indian Culture
Mysticism
Spirituality
Divine
Mahabharat
Wisdom
Related Content
article
32 Quotes on Krishna by Sadhguru
Here is a collection of Sadhguru’s quotes on Krishna, which takes you through his enchanting life – from the naughty yet adorable child he was to being recognized as the Divine himself.
Jul 4, 2021
article
Butter Pranks - Krishna in Gokula
Sadhguru narrates the many pranks Krishna played as a child in Gokula, and how he created a joy and blissfulness in the village.
May 27, 2014
article
Radhe Krishna Story - The First Meeting of Radhe and Krishna
Radhe is among the most well-known of Krishna’s devotees. Sadhguru tells us the story of how Krishna and Radhe met, and about the intensity of Radhe’s devotion.
Jul 1, 2014
Close