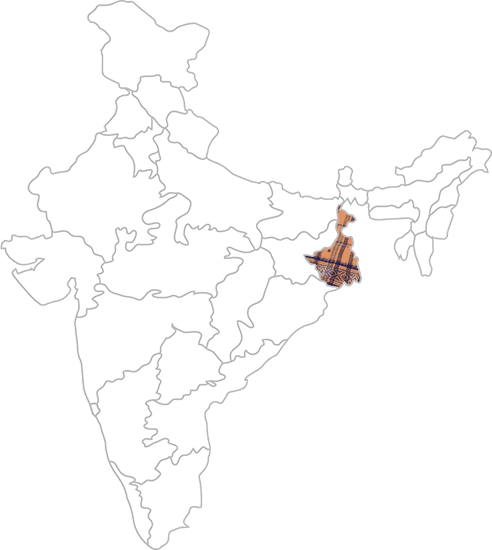 Phulia, which is now spelt more commonly as Fulia, is a small town in West Bengal’s Nadia district. It is famous for its Phulia Tangail saris, similar to the Dhakai Jamdani in technique but softer in feel, with the motifs spaced out. They are woven in silk as well as cotton.

In the annals of Indian handloom saris, Shantipur and Fulia are names to reckon with. Their fascinating story is also, in a nutshell, the story of Bengal handloom saris. The geographical twins could not be more different. The first one is a handloom weaving center, over 500 years old. The second came to flourish only after the Partition. Yet, their destinies are linked together – the Shantipur and Fulia saris swim or sink with the success of Bengali handloom.

After Independence and the Partition in 1947, the weavers of the Tangail Subdivision of Mymensingh District in East Pakistan (now the Tangail district under the Dhaka Division in Bangladesh), came to India and settled at Fulia. The weavers, who were mainly from the “Basak” community, had lived in the surrounding twenty-two villages of Tangail town.

Fulia is nowadays uttered in the same breath as Shantipur. Fulia weavers added a new zest to the handloom weaving scenario in Shantipur region. They developed their own version of the Dhakai, called “Tangail Jamdani,” and a combination of Shantipur and Tangail styles called the “Fulia Tangail”. 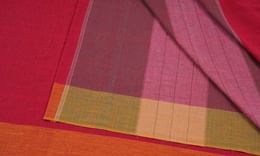 Traditionally, Bagalkot saris were woven in the Bagalkot district of the state of Karnataka, India.

The Chettinadu Kandangi sari, introduced by the Nagarathar community is native to the town of Karaikudi in Tamil Nadu, India. 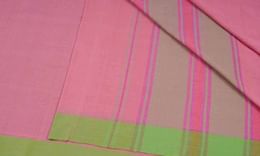 Chendamangalam on the outskirts of Kochi in Kerala is famous for its handloom tradition. Many clusters involving women weavers thrive in this region. 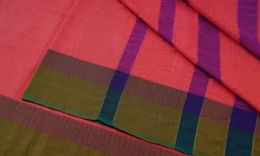 The handloom industry is one of the most ancient cottage industries in the Salem district of Tamil Nadu, India. The history of handloom and spinning mills dates back to the pre-independence period.