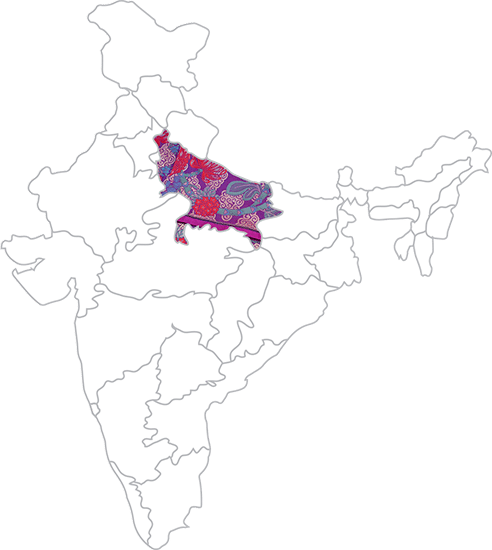 For centuries now, brocade is known for being the textile of royalty, and Benaras brocade is no different. In fact, there is historical evidence of its existence since the Rig Vedic period (1750-500 BCE). It is said to have gained immense popularity during the Mughal era. Hailed as one of India’s finest fabrics, it is a speciality of Varanasi, the holy town from where it gets its name. One could consider brocade as the equivalent of Jacquard, used widely throughout South East Asia.

In India, Benaras brocades are synonymous with grandeur. The motifs on them are inspired from Indian and Persian designs mainly comprising of foliage and floral patterns. Like in many other cultures, even in the Indian culture, Gold is symbolic of wealth and opulence and this is reflected in the art of Benaras brocade weaving. Traditionally, a special gold or silver thread, known as “zari” is added as an extra weft to weave motifs into the silk fabric. This thread was said to be so fine that it could be made into a fabric of gold. The exceptional intricacy of this weave can take anything from 14 days to 6 months to complete a single sari.

Modern design interventions have brought about whole new variations in the usage of extra weft with contrasting colours, tone-on-tone designs and even different-coloured metallic threads. Primary colours and bright jewel tones form the typical colour palette of this craft. With a focus on environmental sustainability, a new generation of Benarasi brocade weavers are starting to use vegetable dyed yarn to attain the same effect.

Benarasi brocades are broadly divided into 4 main categories, namely, Katan or pure silk, Organza or Kora, Georgette and Shattir. Yet again, they are subdivided into other smaller categories based on the weaving technique.

This ancient craft is practiced by craftsmen known as ”karigars”, coming from a lineage of traditional weavers who have passed down their exquisite finesse through generations. Owing to its Geographical Indication (GI) status, their exclusivity is maintained as the craft is only allowed to be practiced in certain districts in the Indian State of Uttar Pradesh namely Varanasi, Chandauli, Mirzapur, Jaunpur, Bhadohi and Azamgarh. Today it is still practiced by over 1,200,000 weavers but the numbers have largely declined due to the rise in brocades that are mass-produced in China and sold for half the price. Yet, Benaras brocades are one of the most popular Indian fabrics world-wide and are regaining their place with the incorporation of GI and the awareness of loyal customers who seek the true hand-woven treasure rather than the machine-made version.

Benarasi brocades form an integral part of every Indian bride’s trousseau and are a favourite among Indian bridal designers. To this day, women reserve these saris to be worn on special occasions, accompanied by their finest gold jewellery. Indian women who appreciate their value often pass them down as heirlooms. Today, modern brides have started the trend of upcycling their mothers’ and grandmothers’ brocade saris into their own wedding outfits! 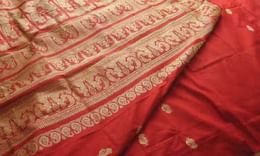 In the 18th and 19th centuries, Baluchar was an important hub of the thriving silk textile industry in the Murshidabad region of West Bengal. 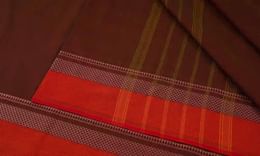 Chettinad saris are named after the town in which they have been produced for many years. 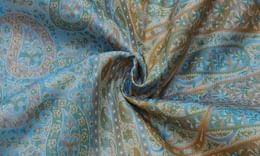 The crown jewel of Kashmir’s textile realm, jamawar is birthed from an enriching mix of fabrics. 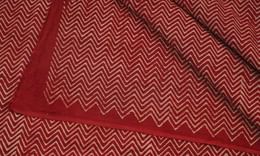 Ajrakh prints have a history that cuts across timelines and geographies, thereby bridging cultures.