The Moment of Death - Using the Dying Process For Spiritual Growth

Sadhguru looks at maintaining awareness at the moment of death, and explains how some of the traditions in Indian culture surrounding the moment of death evolved. This article is an excerpt from Leela, the Path of the Playful, a unique exploration with Sadhguru into the mystical realm of Krishna, which took place at the Isha Yoga Center in September 2005.

Questioner: In the Bhagavad Gita it says that whatever state of being one remembers during the dying process, he will attain that state, being absorbed in its thought. Is it so Sadhguru? Can we use the moment of death to create pleasantness in whatver comes later?

If you can maintain your awareness in the moment you are shifting from one dimension of life to another, from the physical to the beyond, that is mukti. But to come to awareness in that moment, you must practice awareness for a lifetime.

Immediately, he made his journey to Vaikuntha and asked Vishnu, “I say your name all the time, but you don’t appear for me. I have to come and see you. But to this farmer, you appear every day and he is living in ecstasy!” Vishnu looked at Narada, asked Lakshmi to get a vessel filled to the brim with oil, and told Narada, “First, there is an errand to be done. Please take this vessel full of oil to Bhuloka without spilling a drop, leave it there, and come back. We will answer the question later.” Narada took the vessel with oil, went to Bhuloka, left it there, and came back. “Now, answer my question.” Vishnu asked, “When you were carrying this vessel full of oil, how many times did you utter ‘Narayana?’” Narada said, “How could I say ‘Narayana’ at that time? You said not a drop should spill, so I had to pay attention to that. But coming back, I’ve said many ‘Narayanas.’” Vishnu said, “That is the whole thing. This farmer’s life is like carrying a vessel full of oil that may spill any moment. He has to earn his food; he has to do so many things. In spite of that, he is saying ‘Narayana.’ When you carried the oil in this vessel, not once did you utter ‘Narayana.’ When you have nothing to do, it is easy.”

When the moment of death comes, it takes something to be aware enough to say what you want to say. Most people die in unawareness. In this culture, if someone is dying, they will always start a chant like “Ram naam satya hai,” “Aum Namah Shivaya,” or whatever they know, because they want the dying one to utter a god’s name or somehow become aware in the last moment. You don’t even have to say anything. If you can maintain your awareness in the moment you are shifting from one dimension of life to another, from the physical to the beyond, that is mukti. But to come to awareness in that moment, you must practice awareness for a lifetime. Or you must be in the presence of someone who can make that happen for you. In that context, Krishna said that if you can think of him in the moment of death, he will be there and ensure that you pass.

Here, he talks about an inner reality – the yoga of attaining the Absolute. When it comes to attaining the Absolute, if you do the right things, it is 100% sure that it will work, because the only ingredient is you – nothing else but you. So he could say with absolute certainty, “If you do this, I will take care of it.” When it comes to outer realities, he would never have said such a thing, because he knew life – external realities are subject to so many factors.

If you can maintain your awareness in the moment of transition from the physical to the beyond, you can attain. This is why for most people, the moment of realization and the moment of leaving the body are the same. If the awareness comes when you are leaving the body, anyway you will leave it. But even if it is not yet time to leave your body, but your awareness rises to such a peak where you and your body are clearly separated, you most probably will not have the necessary capability to hang on to the body, unless you are in situations where certain control mechanisms are in place that ensure you will not slip out of the body.

The moment of death and future births

So they went into the forest and climbed up a very steep hill. There was a forest fire. Since they were old, they could not run or fight the forest fire, so they just decided to offer themselves to the fire. So Dhritarashtra told Sanjaya, “You have served me very well till now, but you are still a young man – go away. The three of us will give ourselves to the fire.” Sanjaya refused to leave them, and all four got burnt in the forest fire.

If you die among the family, you will die with a huge sense of attachment, which, in the future, will not bring wellbeing. You know that in India, even today, people go to Kashi to die, because it is a holy place. They want to die in the grace of Shiva. They don’t want to die with their family throwing their emotions at them. 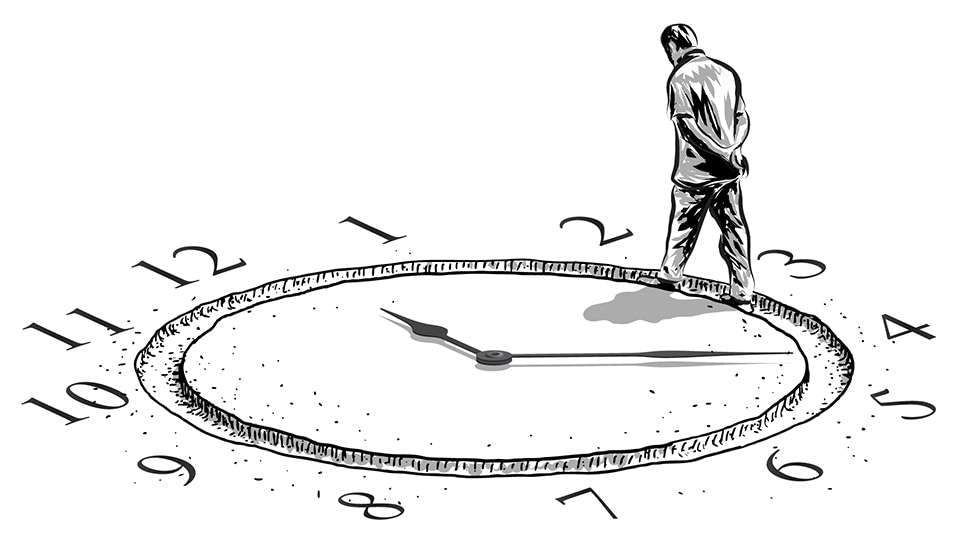 Time to pay back the loan

Death is the only certainty in life. If you lived your life well, death is not at all a bad thing. If when you were alive, every moment, there was hesitation, fear, hatred, anger, it means you never lived. If when death comes, you want to live, that is no good. After all, what is death? You are shedding the body. The body is a loan you took from Mother Earth. If you take let’s say 10 million loan from the bank, and let’s say in the next 50 years, you made these 10 million into 10 billion, if your banker comes to reclaim the loan, you will pay him joyously with interest. You will treat him and give him gifts. But suppose you squandered these 10 million and lost everything, if the banker comes, terror arises within you. You will try to hide. So many tricks you will try to play. Similarly, the Earth gave you this loan. If you have made this into a blessed life, if you really put it to absolute use and you lived in great sweetness within yourself, then, when Mother Earth says it is time to pay back the loan, you will joyfully pay it back. And there is no interest. For one who joyfully pays back the loan, it is over, because when you are joyful, being aware comes naturally. When you are aware, you are on the path of liberation. Definitely, the last moment’s quality will become a major quality of your future lives – if you wish to have future lives. If you want dissolution into the Ultimate, if you want to become one with it, then there is no future life. People have been telling me, “Sadhguru, don’t use this negative terminology – it scares us. We are going to dissolve and become nothing?” We could say instead, “When you attain mukti, you will become everything.”

This article is based on an excerpt from the December 2013 issue of Forest Flower. Pay what you want and download. (set ‘0’ for free). Print subscriptions are also available.

Featured image courtesy: Way of Peace and Solitude by h.koppdelaney

The home of Vishnu

Time
Death
Related Content
article
Creative Process and Ways to Enhance Creativity
Sadhguru defines creativity, explains where creativity comes from and gives an insight into his own creative process.
Feb 18, 2022
article
The Fire Element – 4 Types of Agni
Sadhguru shares a deeper understanding on the most fascinating of the five elements – fire! He not only explores the different forms of fire within the human system and their effects, but also cultural and even cosmic dimensions of fire.
Feb 14, 2022
article
Mahabharat Episode 74: What Does It Take to Bless or Curse Someone?
The story of Mahabharat is rife with curses and boons. Ever wondered how much energy it takes to curse someone? Is it easier to bless than to curse? Why does the potency of a curse vary, in traditional terms? Discover the answers to all these questions with Sadhguru.
Feb 8, 2022
Close