Sadhguru looks at why Vastu was devised, and relates a hilarious incident to illustrate the lengths it is taken to today.

Sadhguru looks at why Vastu was devised, and relates a hilarious incident to illustrate the lengths it is taken to today.

...all kinds of nonsense is happening because when fear rules you, you can make a science out of everything.

Vastu is essentially a very basic architectural guidance. If you wanted to build a house a thousand years ago, there would have been no architect in the village. So, what guidelines do you use to build the house? In building any structure, the main challenge is always the span of the roof. How would you have built the roof? You would walk into your farm, look for some tree and cut it down. Let's say you had a stunted tree which was only eight feet tall. Now the roof would have only an eight-foot span. But suppose you had ten children, so you built a 120-foot long room to accommodate all of them. If you build a house that is eight feet wide and 120 feet long, you would be living in a tunnel. Your physical and psychological health would definitely be affected. So they told you, if you have to build a house, if one dimension is this much, the other dimension has to be this much. If you study vastu, vastu in the hills is very different from the vastu in the plains. Vastu in Karnataka is different from vastu in Tamil Nadu. According to the weather and the temperature, they gave some common guidelines so that you could build your house sensibly because there was no architect to help you. 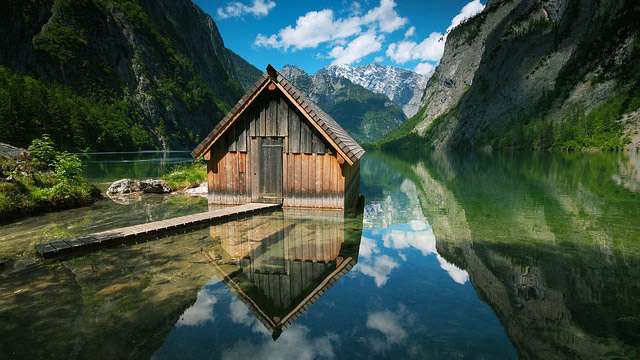 Today, people are stretching it to such a level and all kinds of nonsense is happening because when fear rules you, you can make a science out of everything. This whole thing has taken over people’s minds in the last ten to twenty years. Before that, no one knew about vastu but everyone was living fine.

A few years ago, I stayed in someone’s house. In the night, for me, all the phones are on because for the people in the United States, work picks up after 10 o’clock, so I am on the phones talking with them. But my cell phone was not functioning and I was unable to connect. So I wanted to use the local landline phone. I went looking for the man. It was already around 12:30 or 1 o’clock, so I didn’t want to go and wake him up, but I had seen him only about 45 minutes earlier so with some hesitation, I went and knocked on his bedroom – nothing. I thought he must be really sleeping and again knocked – nothing. Then I tried the handle and it opened up. I looked in, no one was in the bedroom.

I thought he must be taking a walk in the garden or must be in the kitchen or somewhere. I went down, I explored the whole house – no one. Then I called the ashram and said, “My host is missing. Where is he, both husband and wife are missing?” They called up his cell number, which I did not have, and he appeared. I asked him, “Where the hell were you? Including the store room, I searched everything.” He said, “I was sleeping.” I said, “Where?” He replied, “You know, I went through some loss in the business and…” I said, “That’s okay, but where were you?” He was sleeping in the bathroom! That’s one thing I didn’t think of. Some vastu man came and told him, “Your bedroom is in a bad luck position, so you should sleep in the bathroom. Your business will go well.” I told the man, “At least sleep with some dignity in your bedroom and die, instead of sleeping in the bathroom and living for a long time.”

FearScience and Technology
Related Content
article
Why Death Rituals are Significant
Death rituals are not just for psychological solace, but come from a deep understanding of how the human system functions. Here, Sadhguru explains the important role of death rituals for both the living and the dead.
Feb 25, 2021
article
What is Intuition? How to Develop Intuition?
What is intuition? Can you trust your gut feeling? Is intuition useful in decision making? Sadhguru explores these questions, defining intuition as a different dimension of computing and looks at the remarkable possibility of whether an artificial intelligence can become intuitive. Finally, he shares a Yogic practice to help develop intuition.
Feb 14, 2021
article
Kashi – A Tower of Light and Shiva’s Luminous City
Sadhguru reveals the secrets of the most ancient city in the world – Kashi. He explains how the entire city was consecrated as a massive yantra to become a spiritual doorway for thousands of people who chose to live there.
Jan 21, 2021
Close