Is Yoga a Religion?

A recent controversy has been making the news in the United States about banning yoga in schools because of its supposed religious and Hindu overtones. Sadhguru explains that yoga is a technology, and religion has nothing to do with it.

A recent controversy has been making the news in the United States about banning yoga in schools because of its supposed religious and Hindu overtones. Sadhguru explains that yoga is a technology, and religion has nothing to do with it.

Yoga is Hindu just the way gravity is Christian. Just because the law of gravity was propounded by Isaac Newton, who lived in a Christian culture, does it make gravity Christian? Yoga is a technology. Anybody who is willing to make use of it can make use of it. It is ridiculous to even think that there could be a religious tinge to yoga.

The spiritual process and the technology of yoga predates all religion. Before human beings started thinking of forming religious groups to fracture humanity in a way that you can’t fix them, the idea that a human being can evolve himself came from Shiva, the Adiyogi.

Hindu is not an "ism"

Why the yogic sciences have gotten labeled as Hindu is because this science and technology grew in this culture. And because this culture was dialectical in nature, naturally they delivered the science in a dialectical manner, involving the cultural strengths of the land, which is essentially the Hindu way of life. The word “Hindu” has come from the word “Sindhu,” which is a river. Because this culture grew from the banks of the river Sindhu or Indus, this culture got labeled as Hindu. Anybody who is born in the land of Indus is a Hindu. It is a geographical identity, which slowly evolved into a cultural identity, and when some very aggressive religions came into the land and a big “competition” was set up, they tried organizing themselves as a religion – which has not happened yet. You still cannot put them together because they don’t have one belief system. 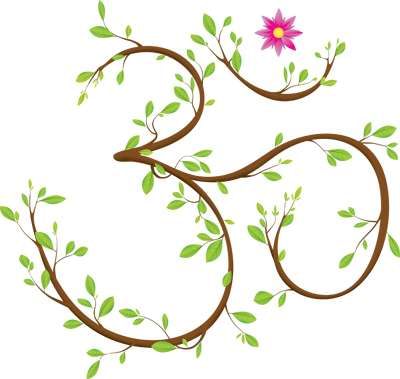 At the same time, there was a common line running through all these. In this culture, the only goal in human life is liberation or mukti. Liberation from the very process of life, from everything that you know as limitations and to go beyond that. God is not held as the ultimate thing in this culture, God is seen as one of the stepping stones. This is the only culture on the planet which is a godless culture in the sense that, there is no concretized idea of God. You can worship a rock, a cow, your mother – you can worship whatever you feel like – because this is a culture where we have always known that God is our making. Everywhere else, people believe “God created us.” Here, we know we created god so we take total freedom to create whatever kind of god we can relate to. It is a science of how to take a human being to his ultimate potential.

We evolved a whole technology of God-making – not just creating forms, but energizing them in such a way that it will assist you to touch that dimension of life which is the basis of creation. It is not because somebody believes in it that it reverberates. This is the science of consecration where we know how to turn a stone into the Divine.

Isha Yoga classes for children are conducted during the summer vacations. For more info visit the Isha Yoga Programs page.

Yoga
Science
Related Content
article
Idols in the Hindu Way of Life – Why Are They Worshipped?
Sadhguru looks at the worship of idols in the Hindu way of life, and explains that they are not merely depictions of gods, but are scientifically created as powerful energy centers.
Jan 28, 2014
article
Why Hinduism isn't an "ism" but a Way of Life
Yogi and mystic Sadhguru explains the origin of the word "Hindu" and looks at why there is actually no such thing as Hinduism. Being Hindu is a way of life, not a religion.
Oct 10, 2014
article
Top 7 Myths about Yoga – Busted
There is a lot of “yoga” happening in the world today that has very little to do with what yoga really is. Several myths about this ancient practice have long been masquerading as facts. It’s time we demystify yoga, in Sadhguru’s very own words.
Nov 9, 2012
Close