A Vision for India

What does India need in the next 10-15 years? Sadhguru answers a question on what his vision for India is.

Q: Sadhguru, what is your vision for India?

Sadhguru: I don’t want to impose my vision on everyone. All I am saying is, every human being is aspiring to live well, and whichever way they are aspiring, that should happen to them. They don’t have to live the way I think they should live. But definitely our aspirations should not be crafted on western models because they are not sustainable. Western countries are managing it because their populations are in a certain way. The land to population ratios in United States and in our country are a completely different game. For example, today the average amount of water that is available for one Indian citizen is only 25% of what we had in 1947. They say by 2050, it will be 15%. So our ideas of wellbeing have to change. We cannot dream to create our vision or build a nation just like some other country. We have to adjust our vision as it is needed for us, as it will work for us. 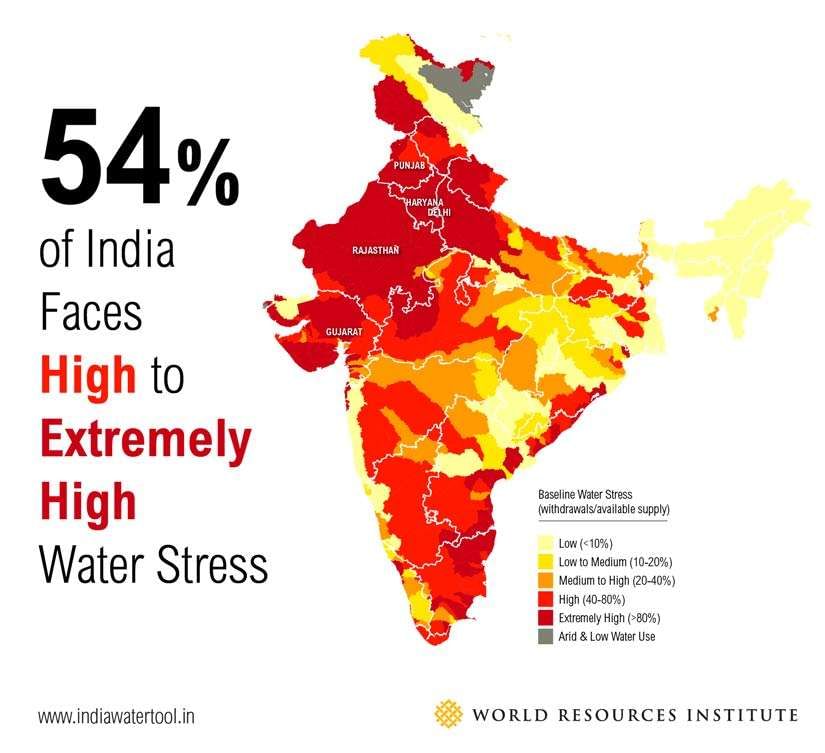 The beauty of this nation is, it is resilient. A large percentage of the Indian population is self-employed. That means everyone is an entrepreneur by himself. There is a difference between taking up a job and being an entrepreneur, even if you are just selling peanuts on the street. You still need to understand where the cheapest resource is, where the market is good, what the right kind of marketing is, what you have to say according to the season – there is a lot of mind-set involved, even in selling a heap of peanuts. However small an entrepreneur he is, he has an active intellect going on within him. He is a small entrepreneur only because of the situations in which he exists, not because of his capabilities. If you give him an opportunity and he finds the necessary exposure, he will propel himself. When such an effervescent intellect is there, we must harness it.


If you create a conducive atmosphere, people will do incredible things in this country. For example, there is a whole educational revolution happening in some parts of India. If you go to small towns and look, huge educational institutions have come up – all private. These were not there just five years ago, but they have come up on such a large scale, you cannot believe it! Not all of them may be top-level in their quality, but quality will improve over a period as competition comes.

One thing about India is, it is a nation where the sense of loyalty is very big. If you do something for them, they always stay with you. Another thing I always see is that an average Indian crowd is intellectually much more effervescent than most people on the planet. I have spoken in all kinds of groups, to the highest level of academics, scientists and economic leaders. There are brilliant people, no question about it, but there is a certain level of intellect in the general population in India. This is the effect of thousands of years of culture. And it has to be harnessed. If you leave it unharnessed for too long it will dive down and become static. Right now it is still an effervescent intellect. If you give a person a little support, he will climb.

India on the Threshold


Today, India is on the threshold of an economic upsurge. Various things that we did not even dream were possible for a larger segment of the population could be possible in the next few years – if we handle things right. Large segments of the population could benefit hugely. We are right on the threshold, and if we handle the situation smartly, we can be a tremendous power because we are a population of 1.3 billion. A population of 1.3 billion with the necessary intellect, is as good as anything can be. If we handle ourselves right, we can be a tremendous power.

Power does not mean, “Will we have the biggest army in the world?” Power means if they want to live well, everyone looks at you for guidance. This culture has always had this power. People always looked east when they thought of living well. So this is not empty talk. This was there but the culture has fallen. One must understand, this happens to all cultures. There will be peaks and there will be downtrends. If we as a generation have any sense, we have to pull it up. It does not happen free of cost, everyone has to work for it.

Every individual, whatever sphere of life he is in, whatever responsibility he holds, whatever influence he has, has to stand up and make that happen in his area. Just the governments cannot do this, some other leader cannot do it. Every human being has to do it.

A vision for India is not about what I think or what you think. What people need is what needs to happen. Right now, what people need is at least reasonably decent levels of living. So the most important thing is nourishment, which must happen. Today, sixty percent of the Indian population is considered malnourished – even the reasonably well-to-do – because their skeletal systems are not growing to full size. If your body does not grow to full size, your brain will also not grow fully. We are producing an underdeveloped humanity, which is a very great risk for the future. If you have 1.3 billion people, healthy, active, focused and trained for something, you can make a miracle out of it. But if you have 1.3 billion people unhealthy, un-nourished, uneducated, unfocused and uninspired, you have a major disaster on your hands.

Are we going to turn this population – which is the youngest population on the planet in terms of nations – into a possibility, or are we going to turn this into a disaster? We are going to determine that in the next ten to fifteen years’ time. And every human being who breathes on this land has to participate in making this happen in whichever way he can do it. That is my vision: to draw as many people as possible to actively participate in this, in whichever way possible because if this time passes, it may be too late. If you sit on the threshold for too long, you will be run over by someone.

Editor’s Note: “Bha-ra-ta: The Rhythm of a Nation” includes more of Sadhguru’s insights on Bharat, its past, present and future, and the profundity of its culture. The ebook is available on a “Pay As You Wish” basis. (Click “Claim for Free” or enter “0” in the price field if you want it gratis).

Nation Matters
Wellbeing
Food
Education
Economy
Intelligence
Wisdom
Related Content
article
Spreading Economic & Inner Wellbeing Togetherss
Sadhguru looks at how India is on the threshold of economic upsurge, and that this can lead to upheaval, unless the spiritual process is brought into people’s lives.
Feb 11, 2016
article
The Future of Indian Farming
During a conversation with students of Tamil Nadu Agricultural University, Sadhguru traces the shifts of Indian agriculture from ancient times through invasions and occupations, the repercussions from which today’s farmers still suffer. He outlines the steps which must be taken to improve the lives of modern farmers and secure the future of agriculture in the nation.
Sep 15, 2018
article
Agriculture Can Fuel the Next Economic Revolution
Sadhguru examines how agriculture is practiced today in India, and explains what it will take to “kickstart” farming, which could drive the nation’s economy to the next level.
Jul 28, 2019
Close