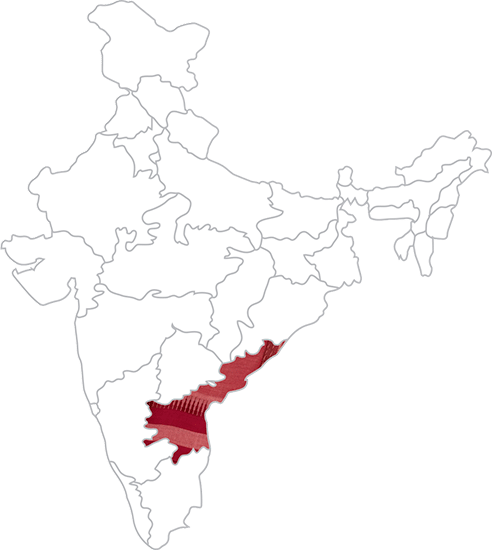 Over the decades, kalamkari has come to define and redefine the art scene of Andhra Pradesh, and subsequently of India. From paintings and scrolls to saris and temple adornments, this printing technique offers a fitting testament to a nation that is rife with color and culture.

Kalamkari consists of two techniques – Srikalahasti and Machilipatnam. While the former involves the use of hand-drawn and hand-painted motifs, the latter is carried out using hand blocks. The Machilipatnam kalamkari technique is alternatively known as Pedana kalamkari. It takes its name from Pedana, a village that lies approximately 10 km from the coastal town of Machilipatnam, where the technique is practiced widely.

The art form flourished under the Mughal and Golconda dynasties and gained further popularity under the British Raj, when it came to be called “Coromandel chintz” and became a favorite of many European nations. Machilipatnam at the time functioned as a place to export these kalamkari wonders, proving that the appeal of the print stretched beyond the country.

Hand block kalamkari makes use of natural dyes and wooden hand blocks. Machilipatnam kalamkari received its GI (Geographical Indication) tag in August of 2013, and the town harbored over 1000 practicing families in the same year, including dye- and block-makers and printers involved in the profession. Typically, these families belong to the Devanga, Kannebhaktulu, Senapathalu or Padmasali communities.

The design for the blocks is first laid down on paper, followed by carving the blocks (preferably out of rosewood, as it is sturdier and more long-lasting than other woods). Predominantly, the cloth used for printing is made of cotton, and is sourced from Maharashtra and Tamil Nadu. This cloth is unbleached, and is treated with buffalo milk, which helps the dyes to stay affixed onto the cloth, and myrobalan, which helps in subduing the smell of the milk. The fabric is then washed and spread out in the sun to dry.

Machilipatnam kalamkari heavily relies on nature in every step of production (there are close to 17 steps in all). The colors for printing, for instance, are extracted from vegetables, minerals and flowering plants. Signature colors used in kalamkari such as blue, red, black and yellow are derived from indigo, tamarind seeds, iron ore and turmeric respectively. These natural dyes are prepared using alum, which works as a fixing agent, preventing the dyes from running in later stages. While motifs in Srikalahasti kalamkari draw on mythology, the designs formulated in Pedana kalamkari are recurring and speak of dreamy trees and flowering vines such as poppies, as well as other floral inspirations and intricate Persian design elements.

Printing on the fabric is usually done in three steps, the first being printing of the outlines and the background (the mixture of which is made from mordants such as alum and iron acetate). This is followed by the printing of the inside motifs, which are primarily done in black and red. After printing, the fabric is again laid out to dry for a couple of days and then it is washed in cold water to rid it of any residue from the treatment. Further on, the fabric is immersed in boiling water containing a solution of dhavdi flower and madder dye, which help in fixing the colors used earlier in the process. Once again, the cloth is put out to dry, followed by the printing of the rest of the colors, including yellow, green, blue, etc. The cloth is finally washed with soap and water, and laid out in the sun to dry.

Today the use of kalamkari block prints spans clothing (especially saris, dupattas, blouses, etc.), as well as lifestyle essentials such as pillow covers, curtains, screen cloths, carpets and more. However, with the progress of digitization, machine and screen prints are increasingly taking over and the true essence of block prints has been spiraling downward. Both the makers and consumers tend to opt for screen prints, since they are easier and less expensive to produce.

However, the Vegetable Hand Block Kalamkari Printers’ Welfare Association based in Pedana has been working to bring back hand block kalamkari to its former glory. 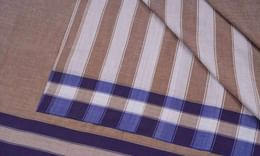 Gajendragad is the epicenter of weaving in Karnataka. This small town is an old Chalukya dynasty site and was once the center of the Vijayanagara Empire. Gajendragad, a town around 450 kilometers away from Bengaluru, was historically a hub of handloom production. Handloom weaving in this town can be traced back to the 10th century. 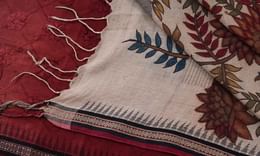 Since time immemorial, India has prided itself in its vast wealth of ancient painting styles. 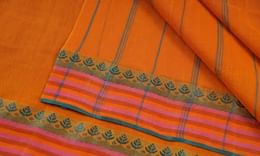 The Nilambari sari originates from Shantipur in Nadia District of West Bengal. Shantipur was a seat of Sanskrit learning and literature during the ninth century AD. 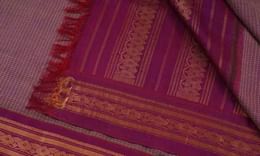 The elegant Kothakota saris are made in the Kothakota village, situated in the Mahabubnagar district of Telangana.