Fashion is a universal language that has the power and potential to create inclusiveness in human beings around the world. - Sadhguru

Fashion is a universal language that has the power and potential to create inclusiveness in human beings around the world. - Sadhguru

Fashion For Peace at New York Fashion Week 2019 is a collaboration between Isha Foundation and renowned leading-edge designers to promote conscious and sustainable fashion. This special event highlights Sadhguru’s initiative: promote natural textiles, revitalize the traditional crafts that are on the verge of extinction, and raise awareness about the impact of the fashion industry on health and the environment.

The exclusive looks created by each designer showcase handmade natural textiles, woven as they have been for thousands of years. Fashion For Peace celebrates the convergence of consciousness, creativity, community and commerce.

Each fabric selected for this event has been carefully curated for its uniqueness of weave, low carbon footprint and environmental sustainability. Sourced from master craftspeople and small farmers across the weaving traditions of India, these exquisite textiles reveal the remarkable depth of talent of the traditional weavers whose numbers are declining every year and whose craft is becoming rare and endangered.

Sadhguru is a yogi and visionary. Named one of India’s 50 most influential people, Sadhguru’s work has touched the lives of millions worldwide through his transformational programs. Sadhguru has a unique ability to make the ancient yogic sciences relevant to contemporary minds. His approach does not ascribe to any belief system, but offers methods for self-transformation that are both proven and powerful. 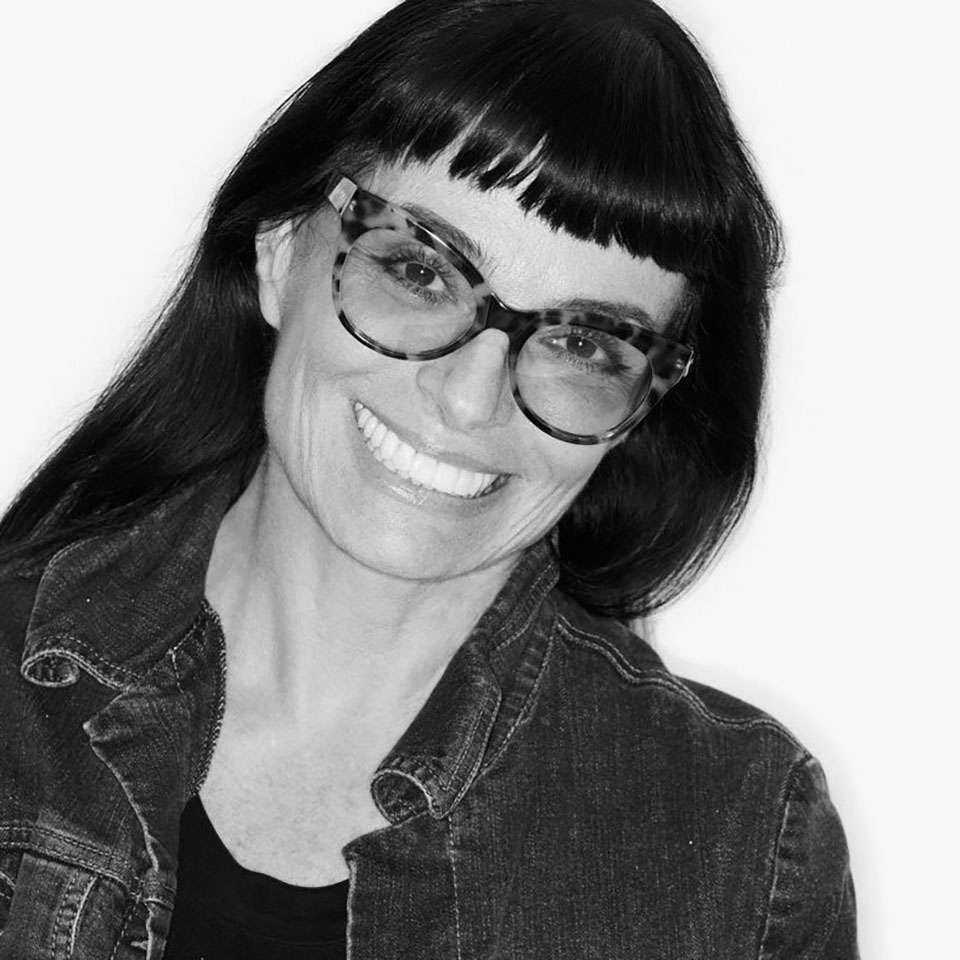 Summer of 1999, Sabyasachi Mukherjee graduated from the National Institute of Fashion Technology, India with three major awards. Four months later, Sabyasachi started his eponymous label which began with a workforce of just three persons. Over the years, he has successfully built a clothing brand which has a very strong social perspective. Quick to understand the demands of the Indian market, Sabyasachi has created a brand that has represented a comfort zone to global Indians and remained undestroyed through major socio-economical-political changes.

Early 2001, Sabyasachi won the Femina British Council’s most outstanding young Designer of India award, which took him to London for an internship with Georgina Von Etzdorf, an eclectic designer based in Salisbury. Returning home with edgier ideas, Sabyasachi started retailing at all major stores in India.

In 2002, Sabyasachi participated at the India Fashion Week where his debut collection earned him rave reviews from the national and international press. On a cover by Women's Wear Daily, considered the most coveted international trade magazine, he was reckoned as the future of Indian fashion.

Sabyasachi's design philosophy is very simple and clear- 'Personalized imperfection of the human hand'. Deserts, gypsies, prostitutes, antique textiles and cultural traditions of his home town, Kolkata have been a lifelong inspiration for this designer who believes that “clothes should just be an extension of one's intellect”. He uses unusual fabrics, texturing and detailing, 'fusion' of styles, 'patch-worked' with gorgeous embellishments in a vibrant diverse color palette to make the feeling of going back to the ‘soul'. His creations evoke images of ancient and medieval ages. He describes his own collections as 'an International styling with an Indian soul’. In his designs, he tries to maintain a non commercial balance in an extremely aggressive, commercial and competitive industry. His collection is for people who prefer to walk a path less traveled and who definitely believe that slowing down is not equivalent to dropping out.

He pioneered the use of Indian textiles, albeit in a modern context. His unique contribution has been the use of indigenous methods like bandhani, gota work, block printing, hand dyeing etc in construction of modern silhouettes.Spring of 2003, Sabyasachi made his debut on the international ramp, with the ‘grand winner award’ at the Mercedes Benz New Asia Fashion week in Singapore, which paved his way to a workshop in Paris by Jean Paul Gaultier and Azzedine Alaia.

His collection ‘Kora’ at the Lakme India Fashion Week 2003 won him laudatory reviews where he used unbleached and hand woven fabrics with Kantha and other hand embroideries. He was declared the best Designer of India at the MTV Lycra style awards and won the ‘Society’ Achievers award for the best new Indian designer.

In 2004, Sabyasachi took a step ahead with Kuala Lumpur Fashion Week and The Miami Fashion Week of America with a bohemian take on Indian textiles and his collection was called ‘The Frog Princess’. With this, Sabyasachi arrived on the global fashion scene with a bang. His significant achievements included his coveted showing in Browns earning him a retail place at the tiny London store voted by Vogue as the best shopping destination in the world, thereby establishing himself as one of the most promising young designers for years to come.

He forayed into films by designing costumes for Sanjay Leela Bhansali's landmark film: ‘Black’, which earned him critical acclaim along with the National Award in 2005 for the best costume designer for a feature film. Since then, he has designed for other Bollywood movies such as ‘Babul’ and ‘Laaga Chunari Mein Daag’, ‘Raavan’, ‘Guzarish’ and ‘Paa’, ‘No one killed Jessica’ and ‘Kahaani’. He is the youngest board member of the National Museum of Indian Cinema.

He earned the distinction of being the only Indian designer to be invited to showcase at the Milan Fashion week 2004 facilitated by Indo-Italian Chamber Of Commerce. Along with accolades, he was also voted by Asia Inc. a Singapore based Business magazine as one of the ten most influential Indians in Asia, alongside Aishwarya Rai, Priyanka Gandhi, Sabeer Bhatia…et al.

His Spring Summer 05 Collection, ‘The Nair Sisters’ was inspired by hand block printing, embroideries, bagru prints and the extensive use of cotton and other hand woven fabrics. The collection found itself in the racks of Browns & Selfridges in London, and has been featured in the UK Vogue hot list, establishing his presence on the international fashion arena. He was requested to showcase his collections at the prestigious Oxford University Annual black tie charity dinner fashion show.

Sabyasachi’s debut Spring Summer 07 collection at New York Fashion Week in 2006 earned him critical acclaim and his label started selling worldwide in territories ranging from Moscow to Hong Kong. The essence of this collection was based on folklore, glamour, simplicity, modern architecture and intricate detailing. There is a marked influence of paintings from the seventeenth and eighteenth century painters like Bruegel, Claude Monet and others. He has beautifully used dark jeweled colors with muted shades accentuated with subtle texturing and indigenous embroidery. He is the only Indian designer to be a part of all three leading fashion weeks such as New York, Milan and London fashion Week.

His recent collections project India in a new light to the west which in turn would help Indian textiles and tourism in a big way. His clothes are found in countries far and wide like U.S.A, Kuwait, UAE, Switzerland, Russia, Greece, Germany and U.K amongst others. Sabyasachi believes that the unique positioning of Indian designers is due to the exclusivity of his homeland with its rich history and culture. He believes that Indian designers bring a flavor to the west that is no longer perceived as only exotic but also a rich blend of individuality and sensitivity.

He has also designed Bed/Bath lines for Bombay Dyeing which has been well received by all. In 2007, Sabyasachi was invited to participate at the New York Fashion Week which is considered to be one of the most prestigious fashion events of the world. He was also invited to showcase his collections at the London Fashion Week, Bridal Asia 07 apart from the Lakme India Fashion Week and the Vogue Launch event in India. His “Sanctuary” collection showcased at Lakme Fashion Week Fall Winter 08 received positive reviews from the renowned fashion editor of the International Herald Tribune, Ms Suzy Menkes.

In 2008, he launched a line of jewelry exclusively designed by him in association with the GAJA brand. He launched his exclusive menswear collection featuring Sherwanis, Kurtas and Headgear at the Lakme Fashion Week Spring Summer 09 Grand Finale show. He has been developing textiles from Dastkar in Andhra Pradesh, Berozgar Mahila Samiti in Bihar, Tantubay Samiti Fulia and Kotpad in Orissa. Over the past two years he has also been involved in reviving cotton Banarasi Sarees in pure khadi and vegetable hand block prints from Bagru, Rajasthan.

In 2009, Sabyasachi opened his first flagship store at Kolkata. Sabyasachi sells out of five flagship stores and is a part of various multi designer stores in India. His future plans are to start an Indian inspired kidswear brand and to establish a contemporary clothing brand for mass India that completely employs and thrives on weavers and artisans at a grass root level. Sabyasachi aspires to grow a ‘people tree’ enterprise that encompasses Indian tradition, culture, and history and converts it into an intellectually and aesthetically aspirational global super brand. In 2011, he was selected as ‘Designer of the Year’ by ELLE magazine. Sabyasachi’s collections have featured in an exclusive exhibition ‘Inspired By India’ curated by Janice Blackburn for Sotheby’s in May 2012. 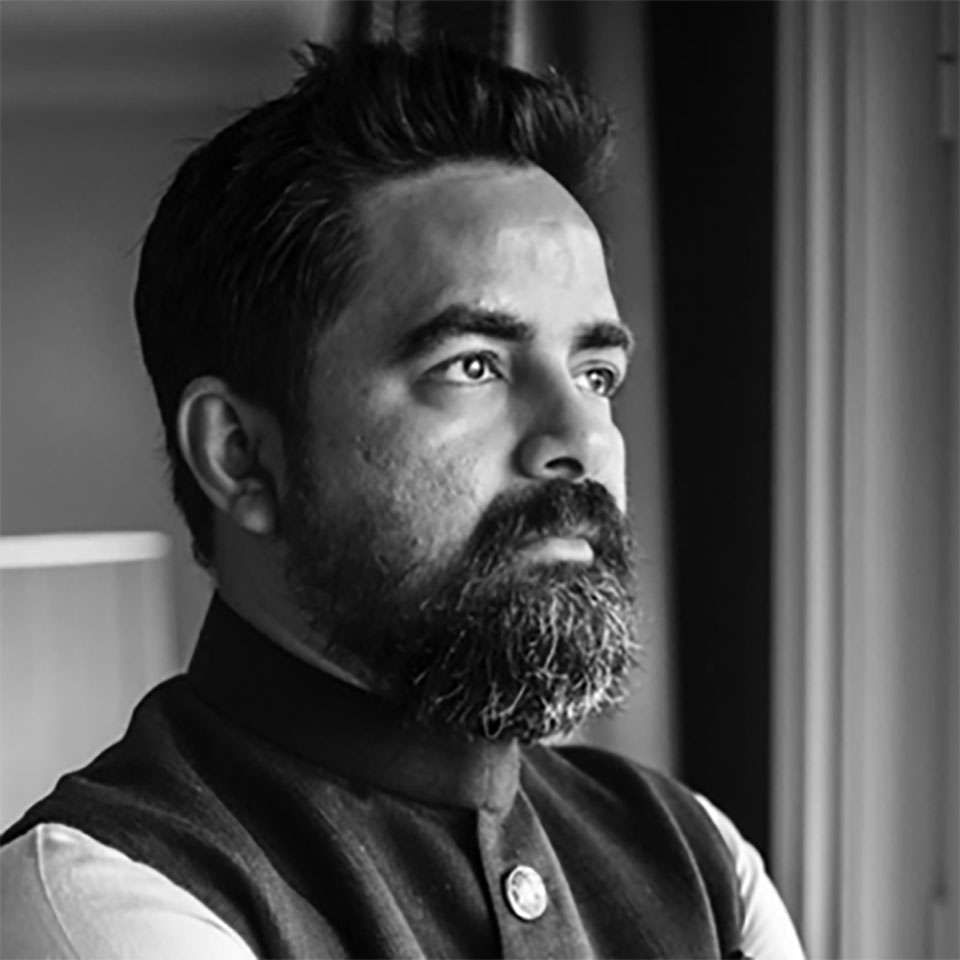 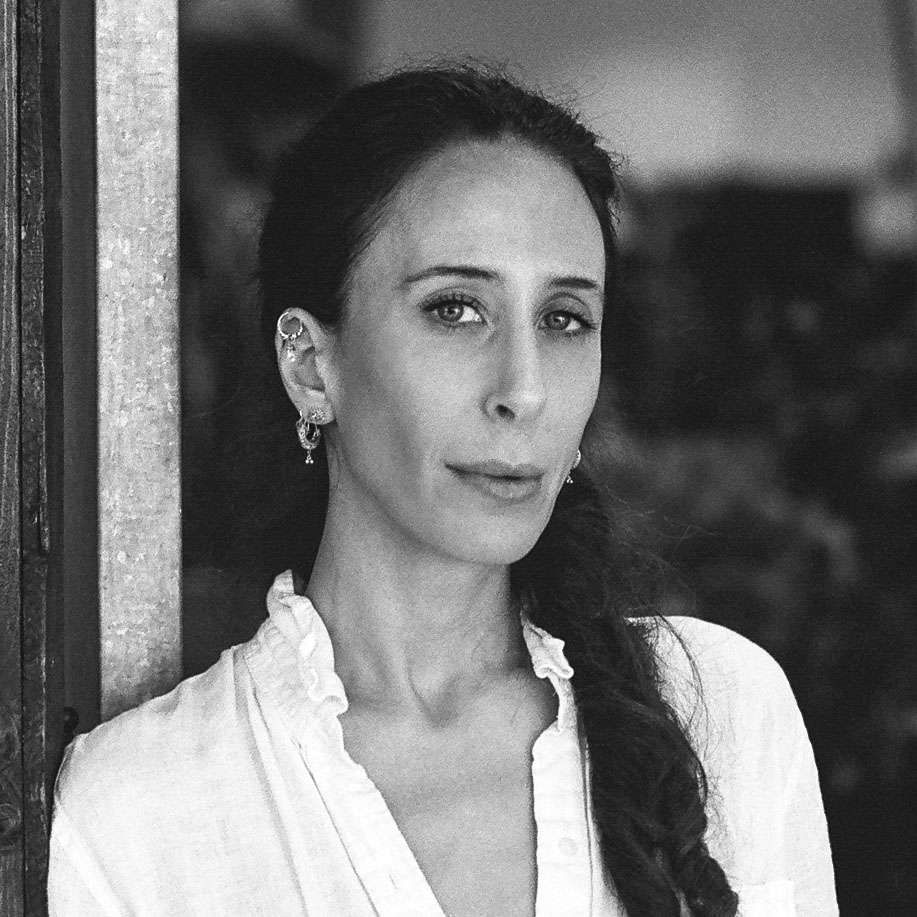 Mara Hoffman founded her label in 2000 after graduating from Parsons School of Design in New York City. As President and Creative Director of her privately owned company, Hoffman hopes to foster mindful consumption habits and encourages consumers to reevaluate the relationship society has with clothing. The brand’s approach centers on sustainable materials, processes, and production in order to improve and extend each garment’s life.

Hoffman commits to presenting collections devoted to color, each inspired by and in celebration of women. Headquartered in New York, she is an active member of the CFDA and serves on the boards of artisan-focused nonprofit Nest, community organization Glam4Good, and youth empowerment charity ArtStart. In 2017, Hoffman was awarded the 2017 Positive Impact Award for Brand Leadership in Advancing Sustainability. Originally from Buffalo, N.Y., Hoffman now lives in Brooklyn with her husband, artist Javier Piñon, and their son Joaquin.

The MIMI PROBER signature collection is handcrafted using recovered fragments of antique materials dating from the 18th-early 20th centuries that have been organically designed and uniquely re-developed into signature custom textiles. By employing ancient techniques and processes, including natural dyeing, hand weaving, felting, and embroidery, these textiles are reimagined into modern heirlooms. A pioneer of sustainable luxury, Prober is celebrated for her decorative and unique embroidery, beading, and lace designs. Highlighting the individual story that would have otherwise been lost with these forgotten fragments, through a zero-waste closed loop philosophy, honoring the hands that created the art. 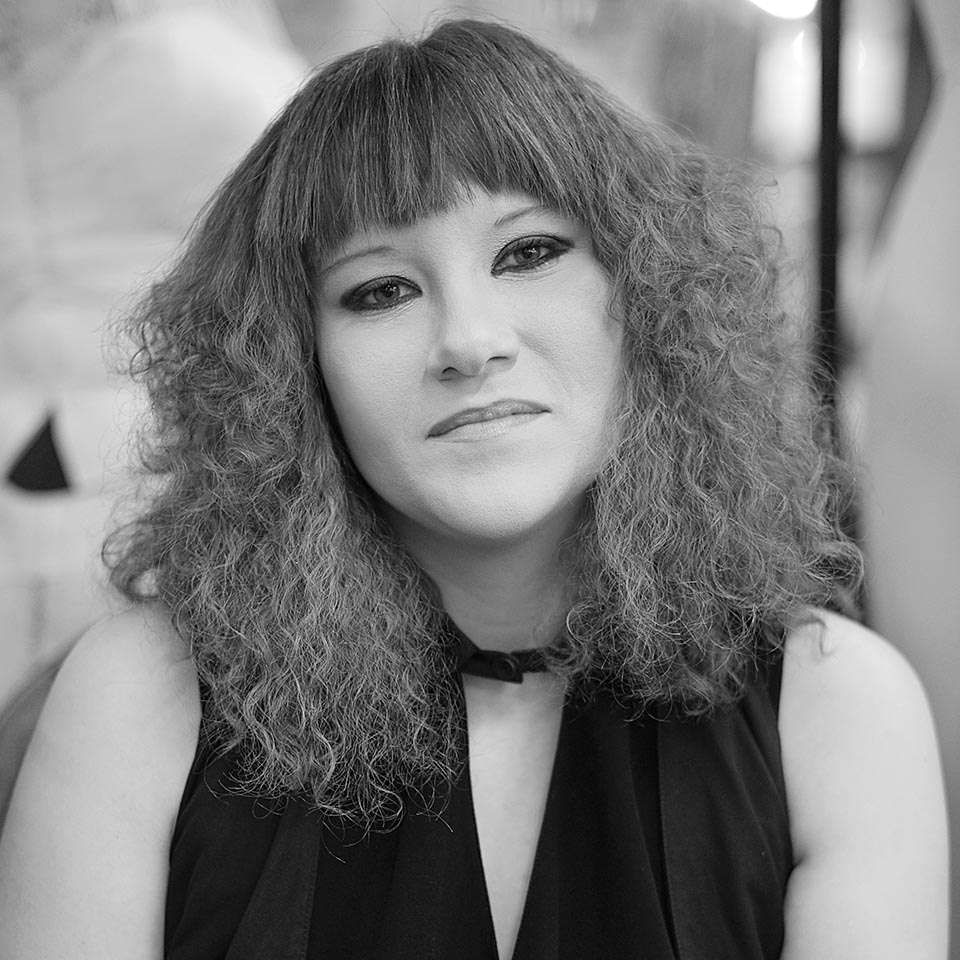