18 Quotes by Sadhguru on Building the Nation

Behind the largest democracy on the planet is the determination of a new government of the people, by the people, for the people. Here we bring you below a collection of 18 incisive quotes from Sadhguru on democracy and nation building.

ArticleMay 17, 2019
Our Nationalism needs to be a calibrated emotion. When half the population is yet to be well nourished, we need it in a strong mode. When the nation raises in well-being we could relax our Nationalistic fervour.

Possibilities of going beyond limited identities is much bigger today than ever before because technology has made geographies porous. It's time individuals identify with nations because that's the largest piece of humanity we can address right now.

National boundaries should have been settled in 1947 when India attained independence. But, unfortunately, we are still sitting with a Line of Control which is always out of control. Time to settle it for good. 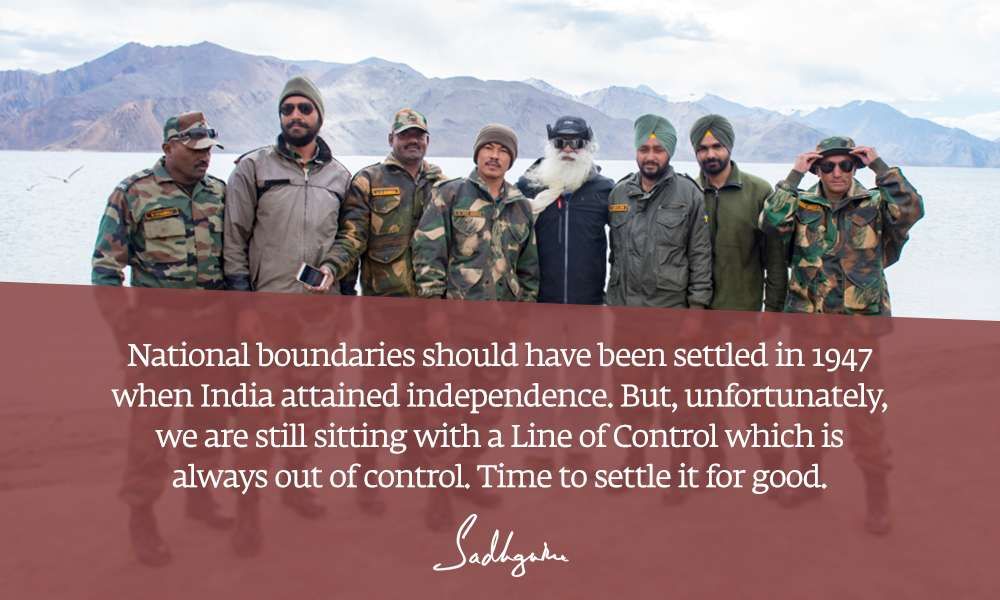 The Nation is not the land – it is the people. In transforming the people, we shall have a great Nation.

Spirituality is vital in politics because we can build a great nation only if we produce great human beings.

The true wealth of our nation is in its water reserves, in which thrives one of the world's richest biodiversities.

Whether you are running a business, an industry, or a nation – what is needed are insight, integrity, and inspiration.

Transforming a nation doesn’t take spiritual enlightenment – just some sense and love for everyone who lives around us.

India has been the most vibrant and colorful culture upon the earth for many millennia. Let us make it prosperous once again, as it is not just a Nation but a treasure to the world.

India’s future is in the hands of this generation. Let’s strive to create a law-abiding Nation that values and respects all life in equal measure.

Unless we educate rural India, unless we create a competent population, there is no future for the nation.

India is a very organic chaos, and that is its strength.

India is a great possibility. Whether this possibility becomes a reality depends on our courage and commitment to walk the distance.

If we transform our population into a trained, focused, balanced and inspired population, India will be a miracle.

If we do not skill India, we will kill India.

The fundamental strength of Bharat is that we are a land of seekers – seekers of truth and liberation.

Democracy means government by the people. If we want a great nation, whatever our role, we need to take charge and do our best.

Democracy is not a spectator sport. We have to participate.

Nation Matters
Leadership
Society
Education
Transformation
Indian Culture
Collection
Related Content
article
Bharat – The Power of a Name
Sadhguru explores the science behind Bharat, India’s original name, and look at how the culture in this nation was carefully crafted for ultimate wellbeing.
Jan 25, 2017
article
Vote India! Make India!
Sadhguru gives an interview to the Times of India and answers questions on why India is at an important juncture and, in the backdrop of elections, about the lack of leadership at the national and individual level.
Apr 21, 2014
article
Keeping India Together
As the 2014 General Elections are underway in India, Sadhguru explains to us the need of the hour - a leader who understands the very fabric of what holds this nation of diversities together. In that, he says, lies the key to our future success and empowerment.
May 2, 2014
Close