Why Are There So Many “Rules” in Yoga?

For a new practitioner, adopting a yogic lifestyle may seem to come with many new rules. However, Sadhguru explains, understanding the geometry of the human body is not a manmade rule, but a method of living with the least amount of friction. Q: I’m in the Hatha Yoga teacher training. Here, we are looking at [...] 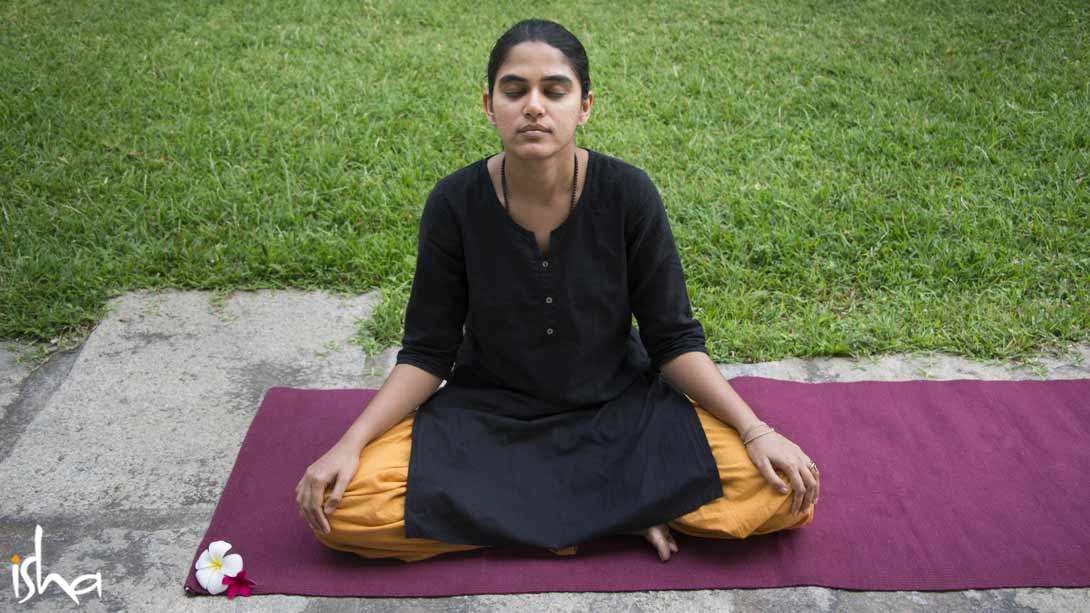 For a new practitioner, adopting a yogic lifestyle may seem to come with many new rules. However, Sadhguru explains, understanding the geometry of the human body is not a manmade rule, but a method of living with the least amount of friction.

Q: I’m in the Hatha Yoga teacher training. Here, we are looking at every detail, including how to sit properly, how and what to eat, and even how to breathe. Where is the line between making yourself joyful and making yourself miserable by trying to follow these new rules and regulations?

Sadhguru: First of all, these are no new rules and regulations. They are definitely not regulations. Maybe we can call them rules – that is one way of looking at it. In Indian culture, there have never been teachings. And God cannot give commandments to Indians, because they will argue. They will ask too many questions. When we were on the Kailash yatra, one of the Indian participants came up with a very complicated question. I said, “See, this is an Indian problem. You are thinking of how to come up with a more complicated question.” A Chinese lady concurred, “Yeah! I work for the United Nations, and I’ve always been wondering why only Indians ask questions.” We have a long tradition of questioning everything.

God sent his messenger and his son to other places, so people could claim that whatever rules they have were given by God, and no one dared to question that. Here, God himself came, and he even carefully selected whom to speak to. In spite of that, there were endless questions. You know how many questions Arjuna asked Krishna! It was not possible for Krishna to give Arjuna a commandment. He kept trying to convince him, but Arjuna was full of questions.

In Indian culture, we refer to that which governs life as the dharma. Gautama the Buddha referred to it as dhamma. Unfortunately, today people commonly misunderstand dharma as religion, but dharma means law – not a teaching, philosophy, belief system, or religion.

The Laws of Existence

There are manmade laws that regulate different aspects of society and the world, so that it functions smoothly, to whatever extent possible. For instance, in India, you are supposed to drive on the left side of the street. This is not the ultimate truth, but an agreement that was made for the traffic to run smoothly. Another thing is the vehicles were built for that. Similarly, there are many laws and arrangements that regulate society, so that we do not collide with each other. But even before there were societies and manmade laws, life happened smoothly, and it evolved. For that to happen, there must be some fundamental laws governing it.

If you pay attention to the geometry of your body, you will sit and stand in a particular way so that your body functions with minimum energy and maximum impact.

To give an example – if you walk into the jungle, you may not be able to figure out its laws, but the jungle has existed for millions of years. For it to last so long without annihilating itself or all the creatures annihilating each other, there must be some laws governing it. In this culture, people paid attention to what these laws are that govern the universe, our inner nature, and the process of creation. And people figured this out – not by imagination, not by belief, but by sheer observation of various dimensions of life.

How to sit is not something I invented. The human body is made in a certain way. The way Nandi sits in front of Dhyanalinga is the right way for a bull. But you have come as a human being, so the geometry of your body is different. All physical things and physical aspects of life have a geometric basis. If you understand the geometry of something physical – whether it is a human body, a bull, or even a mechanical item – you will know how to use it to its optimum.

Every other creature on the planet figured out the geometry of their body and how to use it to the fullest extent. Only human beings do not do that, because they are paying attention to everything except themselves. So the instructions in Isha Hatha Yoga are not new rules. If you pay attention to the geometry of your body, you will sit and stand in a particular way so that your body functions with minimum energy and maximum impact. The efficiency of physical existence depends on your understanding of the geometry. In other words, you are moving from social imitation to awareness.

If we remove all the furniture, you will discover the geometry of your body. The same applies to food. The human system is designed for a certain type of food. But in pursuit of survival, or because of cultural influences, people may have eaten all kind of things. Originally, if someone ate a slab of meat in certain parts of the world, it was for survival, not by choice. Maybe they could not grow anything there, or they did not know agriculture. Only later, it became a choice, or you could say part of their culture. If it is a question of survival, it is perfectly fine. It is not a moral issue. It is just that if you put the wrong fuel into the system, you cannot expect efficiency.

Efficiency is not just about doing one particular thing well. Once you have come as a human being, you have come with an intelligence to do whatever is needed out of you, and above all, to access the full depth and dimension of being human. To bring human life to its fruition, to utilize the possibility of doing a wide variety of things, above all to bring that level of sensitivity where you can experience every dimension of being human – if your diet, posture or mindset does not allow this to happen, I would say this is an inefficient life. Doing the right things is not about morality, a ticket to heaven or social approval. Doing the right things is about producing maximum results in one’s life. And different people approach it in different ways. But ultimately, unless you find out what laws life is governed by, you will not be as efficient as you could be.

If you pay attention and understand as to how the human system shaped itself and why, if you follow and are in tune with these laws, your system will function with the least amount of friction.

At first glance, falsehood seems to produce results too. It once happened, two cars crashed into each other. One was driven by a doctor, the other by a lawyer. After the crash, they crawled out of the cars. The lawyer pulled out a bottle of whiskey from his car and said, “This needs celebration. We had a major crash and both of us are not injured. Come on!” He handed over the bottle. The doctor was a little shaken by the accident, so he took a big long swig and gave the bottle back to the lawyer. The lawyer put it back in the car. The doctor asked, “Are you not drinking?” The lawyer said, “After the police are gone.”

Sometimes, tricks do work. But if you do these kinds of things on a regular basis, others will know what to do, and life will know what to do with you. If you are not in alignment with the laws that govern life, you will invariably get mauled by the process of life. For most people, no great disasters have happened in life. The outside may have been kind to them, but in the end, life is crushing them from inside. This happens for no other reason than lack of alignment with the laws that govern life. Consequently, there is friction. Because of friction within yourself, there is pain and suffering, anxiety, tension, stress, misery, madness – call it what you want. The amount of friction determines how long your face will become over time. If there is no friction, your face will be smiling.

All the possibilities that human beings have opened up are because of a certain framework of laws that nature functions by. Since it functioned the way it did, you became a human being. Had it functioned in another way, maybe you would have come as a bull or a tree.

If you pay attention and understand as to how the human system shaped itself and why, if you follow and are in tune with these laws, your system will function with the least amount of friction. If there is no friction, you will not be miserable or stressed out. You will not manufacture suffering on a daily basis. If you do not know how to align your system, at least you must lubricate it with Grace. Even if you have a beautiful machine, without the necessary lubricants, it will make ugly noises. This is where Grace comes in. Your machine is still not properly aligned, but Grace will make it free from friction.

A version of this article was originally published in Isha Forest Flower. Download as PDF on a “name your price, no minimum” basis or subscribe to the print version.