What Does It Mean to Be a Yogi?

What does it really mean to be a Yogi? Does one have to sit cross-legged and cross-eyed in a remote Himalayan cave? Sadhguru reveals the truth. 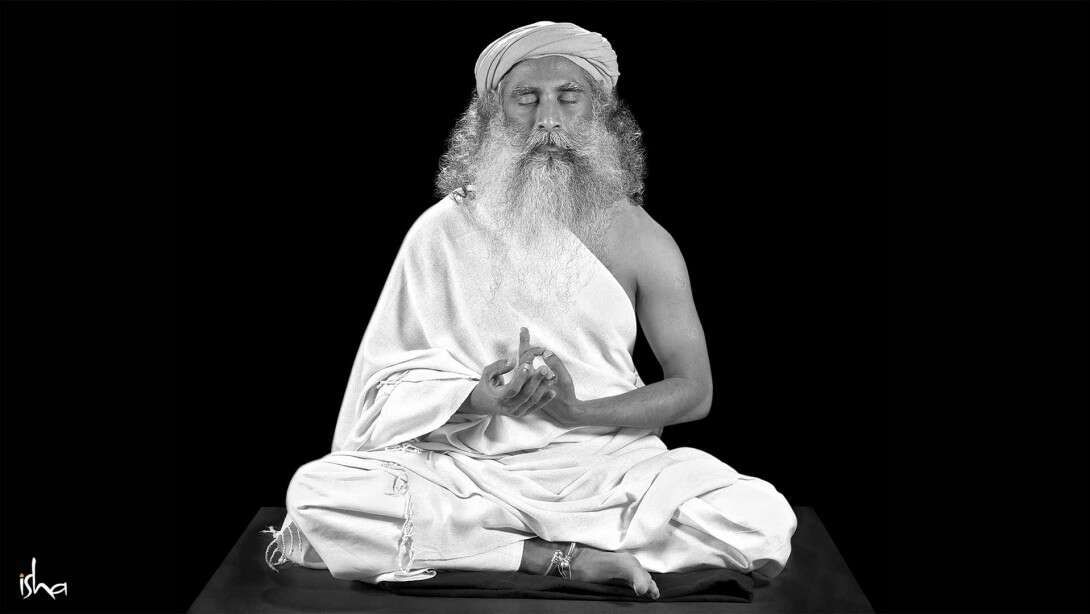 Sadhguru looks at what it means to be a yogi, and speaks about hatha Yoga and the possibility of experiencing life beyond the physical.

Sadhguru: Hatha Yoga is a tremendous possibility if it is practiced and transmitted in its right sense. Right now, hatha Yoga is widely perceived as an exercise form. Changing this perception is an onerous task. Hatha Yoga is not about losing weight, fixing your back, or getting healthy. Those are consequences, not the purpose. Exercise is a very recent idea. In earlier generations, only wrestlers and warriors exercised. The rest of the people just worked. There was a lot of physical activity, so naturally, people were well-exercised.

Getting the idea out of people’s heads that Yoga is an ancient form of exercise is a big task by itself. But if we don’t do this, true Yoga will not happen. When you do Surya Namaskar for example, do not focus on your muscles but on becoming in sync with the source of all energy in this solar system. How long will it take to get there? How long does it take to become a yogi? It can be a moment, it can be a millennium, or it can be never. You might as well ask how long it takes to fall in love with someone, or how long it takes to become a devotee. You can set a time only for physical aspects, not the subtler aspects of life.

To be a Yogi

It is my wish that at least an element of being a yogi comes into people’s lives. Otherwise, something very fundamental is going waste. Bending and twisting your body has its benefits for your physical health, but there is much more to being a yogi. Some sense of being a little more than the physical body is the important thing. Even if you are not like that 24 hours of the day, at least a few moments in a day you should be a yogi. If you keep it alive, things that you do not understand, things that you have never experienced, will happen to you. That means you are allowing another dimension to function.

If you do not become a yogi in some way, life will put you through all kinds of things. That is why most human beings choose to hide from life. When someone cannot talk to more than three people in their life, when they cannot walk on the street with an open heart, loving everything that they see and cannot see, they are obviously hiding from life – they want to be safe. A coffin is a very safe place.

If you are really conscious that time is ticking away, you will naturally long to become a yogi.

To be a yogi means to live without the coffins that people build around themselves. Yoga means union. It means you have breached the boundaries of the physical and have the ability to touch and experience everything in the universe. Unless a human being acquires this quality, they are somehow trying to hide from life.

You can easily be saved from life, but you cannot be saved from death – no one can. With Yoga, you may live a little longer, but there is no insurance against death. Knowing fully well that this life is a limited lease of time, do you want to hide from life or become available to every aspect of it? When I say “every aspect,” people may think of smoking, drinking, sexuality, and things like that. These are only different aspects of compulsiveness. There is much more to life. If you are really conscious that time is ticking away, you will naturally long to become a yogi.

Life Beyond the Body

Physically traveling around and touching the entire universe is out of question. The only way to touch everything and know life in all its dimensions is to transcend the limitations of physicality. The process of Hatha Yoga is designed to allow you at least a few moments of breaching the boundaries of the physical and transcending its compulsive, cyclical nature.

You must get this one thought out of your head – “What about me?” Don’t worry about that.

Right now, I would say 99% of most people’s thoughts would be meaningless because they are all around the compulsiveness of the body. It is all about saving yourself, protecting yourself, and keeping yourself comfortable. If you did not have a body, you would not be looking at concerns, you would be looking at possibilities. The only question would be, “What is the ultimate possibility for a human being?”

You must get this one thought out of your head – “What about me?” Don’t worry about that. What about you? You will die! That is the ultimate secret of life. If you drop this concern about yourself, your body will be just a stepping stone in your life. Unfortunately, people are making this physiological mechanism a barrier, not a possibility, simply because they are identified with it. If you remove this one thought, you will become a tremendous possibility.

Editor’s Note: Excerpted from a talk by Sadhguru at the Isha Hatha Yoga School. For dates and details of Hatha Yoga programs, visit www.ishahathayoga.com.

A version of this article was originally published in Isha Forest Flower May 2016. Download as PDF on a “name your price, no minimum” basis or subscribe to the print version.