Seeking physical wellbeing is one thing. Seeking enlightenment is something else. 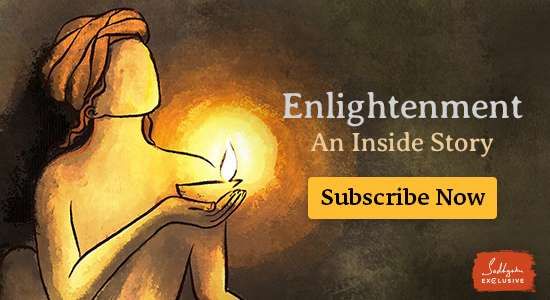 Enlightenment
Choice
Death
Seeking
Kriya
Awareness
Wisdom
Related Content
article
The Importance of Meditation
Why do people remain unfulfilled despite having all kinds of comforts and conveniences? Sadhguru explains that the significance of being human is in striving to transcend limitations, which is what makes meditation important in human life.
Sep 23, 2021
article
Sadhus, Saints and Seers – What’s the Difference?
Sadhguru answers a question on the difference between sadhus, saints, seers, and yogis, and where enlightenment fits into all this.
Aug 31, 2014
article
Samadhi – A Taste of "That Which is Not"
The word samadhi comes from the words “sama” meaning equanimity and “dhi” meaning buddhi or the intellect. Sadhguru elaborates on its significance, the different types of samadhi and the state of Mahasamadhi.
Jun 13, 2016
Close