Get weekly updates on the latest blogs via newsletters right in your mailbox.
Seeking physical wellbeing is one thing. Seeking enlightenment is something else. 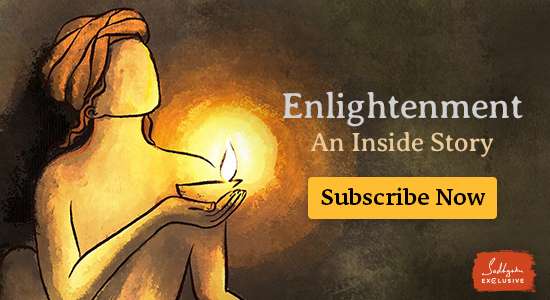 Enlightenment
Spirituality
Related Content
article
What is Navratri? Nine Days of Navratri Explained
Navratri is a period of nine days celebrating the Divine Feminine and is happening from 26 Sep to 4 Oct in 2022. Sadhguru delves into the deeper spiritual aspects of this festival, revealing how the three main qualities in existence are manifest in these nine days.
Jan 19, 2022
article
Naga Panchami and the Symbolism of the Snake in Mythology
The festival of Naga Panchami is not merely snake worship as commonly believed, but has a much deeper significance. Sadhguru explains the snake symbolism and the immense possibility that it is.
Jan 12, 2022
article
6 Remarkable Stories of Agastya Muni’s Life
One of the Saptarishis and a direct disciple of Adiyogi Shiva, Agastya Muni was a being of tremendous proportions. His tireless efforts ensured that the spiritual process became widely available to the common person.
Dec 20, 2021
Close