Power of the Mantra

Power of the Mantra

Today modern science is proving to you beyond any doubt that the whole existence is just a vibration of energies. Where there is a vibration there is bound to be a sound. So, in yoga we say the whole existence is just sound, which is known as Nada Brahma. The whole creation is just a complex amalgamation of sounds. Among these complex web of sounds, there are a few sounds which are key sounds. These key sounds are referred to as mantras. Let us say you were locked up in a hall or room and you had lived your whole life in this particular enclosure. Now if you got access to a key, if you knew how to find the keyhole and turn it, this would open up a whole new world for you. If you do not know where to put it, if you put it in the flooring or the ceiling, it will not get you anywhere. A key is just a small piece of metal, but if you know where to put it and how to turn it, it can open up a completely different dimension of existence for you.

So to know and experience this divinity means evolving our energies to higher possibilities, evolving our energies to subtler dimensions within ourselves. During Mahashivratri, in the northern hemisphere of this planet, a very special process happens naturally where one can see that there is a natural upsurge of energies in every human body. To make use of this natural upsurge of energy, one has to remain vertical in spine. As your biologists have always pointed out, one of the biggest step in the evolutionary process for the animal is to move from horizontal to vertical spine. It’s only after that your intelligence flowered. So, on this night if one is willing to keep their spine erect during the night, we will do everything possible to keep you awake. By making use of this natural upsurge of energies, with the right kind of mantras, meditation and the whole situation, one could step closer to the divine.

People who are of very logical in their minds naturally will wonder what is going to happen by just uttering a mantra. There is a wonderful story in the yogic lore. One day a yogi with great accomplishments behind him went to Shiva and asked “Why are all your bhaktas going on screaming these mantras? What are they doing? Why don’t you tell them to stop this nonsense?” 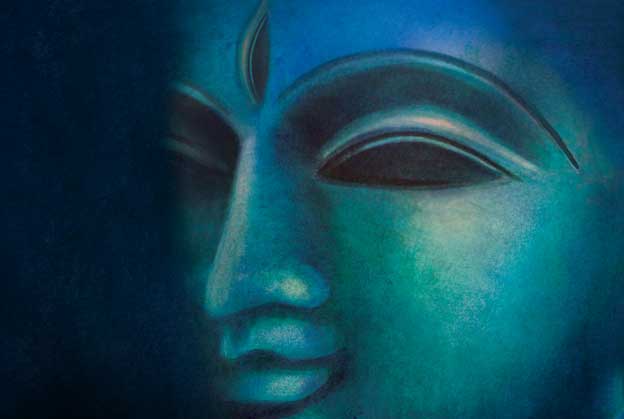 Then a mother came with a newborn child for Shiva’s blessings. Shiva looked at the gnana yogi and told him, “Why don’t you utter the mantra for this child?” He said, “No, I don’t want to do such things. I don’t want to kill the child.” Shiva said, “Try.” He goaded him. The gnana yogi approached the child with great apprehension and said, “Shiva Shambho.” The child sat up and said, “I was just a worm, with one mantra you transformed me into a butterfly. With another mantra, you made me into a deer. With another mantra, you made me into a human being. Just utter one more, I want to attain the Divine.”