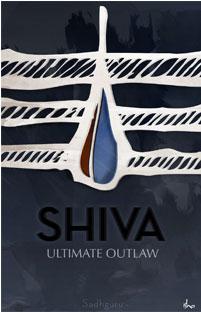 Find out why a crescent moon adorns Shiva’s matted locks. What does the third eye on his forehead represent? What about his eternal companion – Nandi the bull? And why would such a being wear snakes around his neck? Above all, why is Shiva considered the Ultimate Outlaw?

The ebook is filled with rich graphics and pearls of wisdom from Sadhguru that reveal many virtually unknown aspects about the being we call Shiva. Encounter Shiva like never before – as the Adiyogi, the first yogi and source of yoga, and much more! 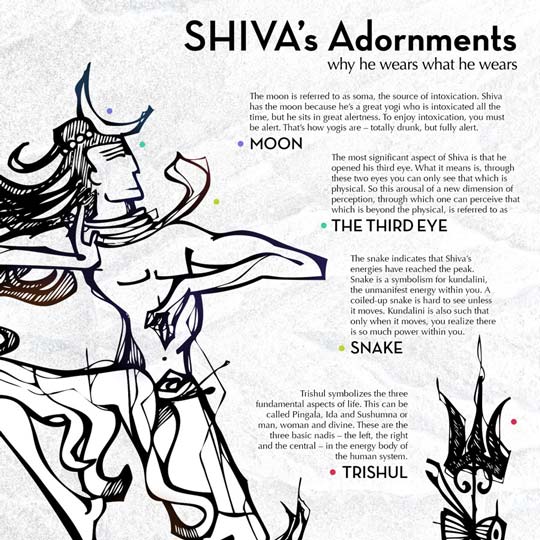 The moon is referred to as soma, the source of intoxication. Shiva has the moon because he’s a great yogi who is intoxicated all the time, but sits in great alertness. To enjoy intoxication, you must be alert. That’s how yogis are – totally drunk but fully alert.

The most significant aspect of Shiva is that he opened his third eye. What it means is, through these two eyes you can only see that which is physical. So this arousal of a new dimension of perceptions, through which one perceive that which is beyond the physical, is referred to as the Third eye.

The snake indicates that Shiva’s energies have reached the peak. Snake is a symbolism for kundalini, the unmanifest energy within you. A coiled up snake is hard to see unless it moves. Kundalini is also such that only when it moves, you realize there is so much power within you.

Trishul symbolizes the three fundamental aspects of life. This can be called Pingala, Ida and Sushumna as man, woman and divine. These are the three basic nadis – The left, the right and the central – in the energy body of the human system.