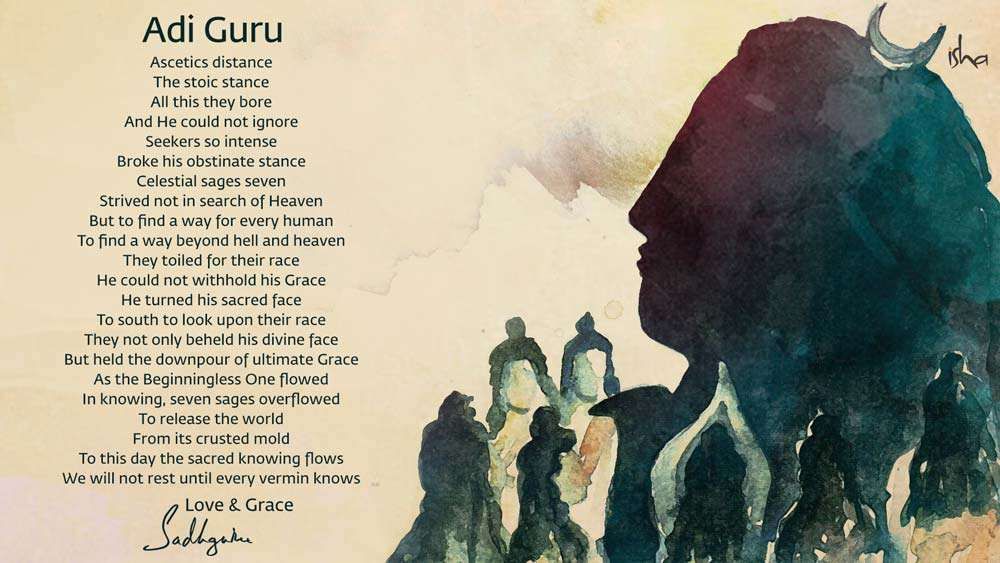 Sadhguru: During the 90-day Anaadhi program at iii in Tennessee, a gusty lot of people gathered. They did a wonderful effort to raise their sadhana to a different pitch. We explored dimensions which are not just unusual – much more than that. And we happened to be there at a time when there was Guru Purnima.

Guru Purnima
Adiyogi
Truth
Guru
Poem
Related Content
article
The Importance of Guru Purnima: A Day to Earn Grace
What is the importance of Guru Purnima compared to the rest of the purnimas and other times of the year? Sadhguru outlines both the celestial alliances and the mystical significance of this time of receptivity and liberation, and he looks at how to make use of this time by becoming available to Grace.
Jul 2, 2020
article
The Guru: A Rare Expression from Sadhguru about His Guru
In this short article, Sadhguru looks at how the most dominant factor of his life has been his Guru.
Jul 23, 2015
article
25 Guru Purnima Quotes From Sadhguru
Here are 25 profound quotes from Sadhguru on Guru Purnima, the nature and role of a Guru, and on a few of the fantastic Gurus who have graced the planet with their presence.
Jul 21, 2018
Close