Birth of a Goddess 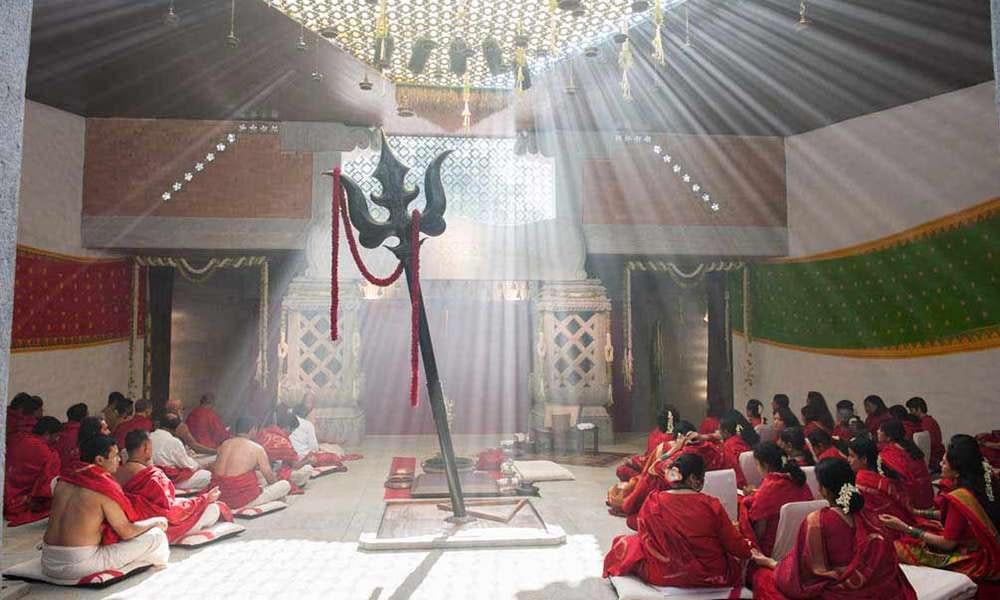 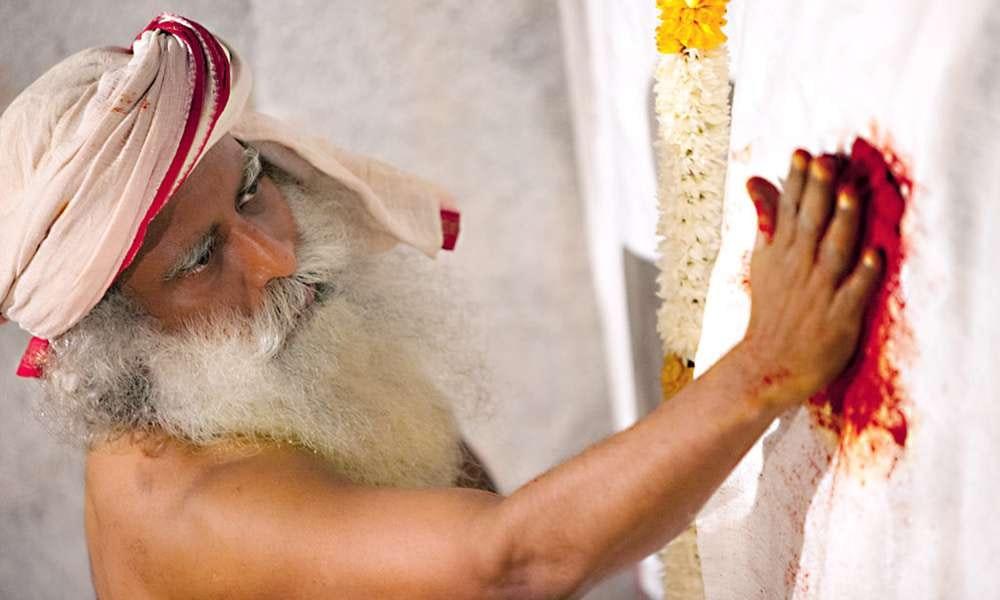 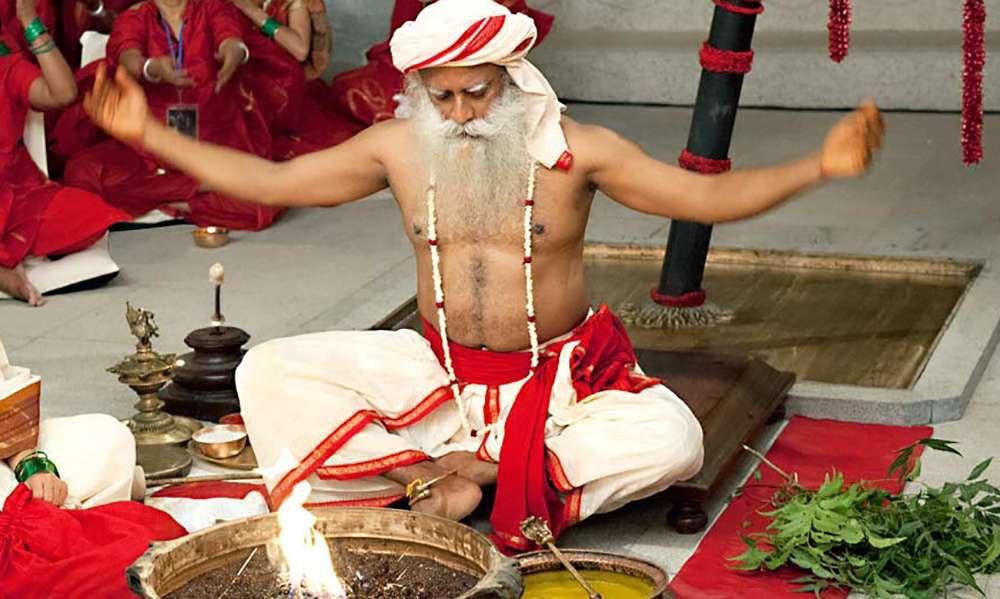 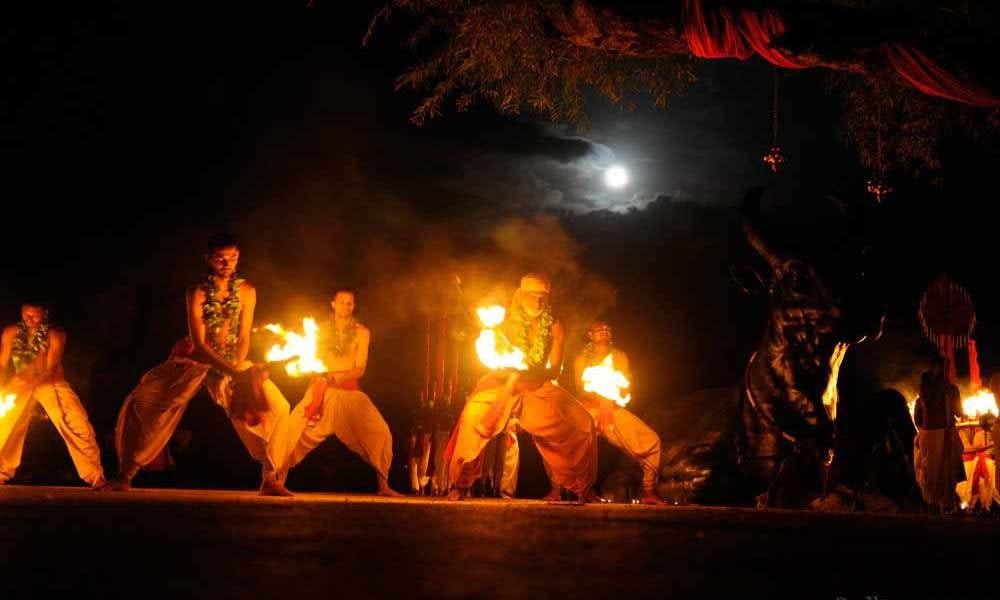 It had been an exciting three days leading up to Linga Bhairavi’s full consecration, rich in atmosphere and significance. Around 5 p.m. on Thursday, 28 January 2010, about 5000 Isha meditators sat shaded from the hot sun by bamboo and palm leaf canopies around the temple complex, waiting for the consecration to begin. A sea of white clothes and red Bhairavi scarves embodied the sense of unique occasion. The electric atmosphere began to grow and crackle.

Then, Sadhguru arrived, dressed in a beautiful white robe with red trim. Sadhguru came across playful, anecdotal and relaxed, discoursing while making shapes from solidified mercury. I reminded myself of what Sadhguru had said at the last darshan before the event – this process was too big and unfathomable for the mind to comprehend, so he advised us to just “soak it in.” This proved sound advice as I watched things unfold that felt more like a scene set in ancient Egypt or Atlantis.

Her liquid mercury “spine” inserted, there was only a short wait until Sadhguru revealed her form – eyes first...

The second day progressed and we approached the birth of Devi. Her liquid mercury “spine” inserted, there was only a short wait until Sadhguru revealed her form – eyes first – to gasps and cries from the crowd. I joined the howling, as her eyes terrified me at first sight – the Divine Feminine as fierce warrior! Soon after though, her expression seemed softer, full of the wide-eyed bafflement of a newborn baby, and I felt a wave of loving compassion toward this freshly birthed Goddess. The atmosphere as Sadhguru walked home after the birth was almost indescribable. His eyes were filled with tears. It was a beautiful and humbling sight.

The night culminated around 3 a.m. as the huge sixteen ton slab of granite for the final roof section sealed the space above the Goddess, to a wild reception by the crowd. Our collective heartbeat pounded along throughout, to the tireless music of Sounds of Isha, whose stunning vocals, drums and percussion helped sustain the energy levels and effort required of the occasion. I wanted to participate one hundred percent, and felt a responsibility not to become a drain or part of a collective burden on Sadhguru, who had frankly stated that he would have preferred the event to be a small, private affair, but had chosen to offer it up to as many people as possible – the word “privilege” doesn’t even begin to describe it!

I recalled what Sadhguru had said about living ecstatically and devotionally, and felt a sudden contrast with the dry sterility of much of westernized living – even most of our festivals lack lustre.

The last “official” event of the consecration was the procession around the temple with a “mobile” Devi idol, and this I found more than a little confusing. I felt as if I were on a film set; men in loincloths juggling fire around a gigantic bull statue, as brightly clad women chanted to hypnotic rhythms. “Okay, so he’s worshiping the Divine Feminine in the shape of an ellipsoid with eyes. Is this really any different to thinking of the Earth as our Mother or the female energies as ‘Goddess?’” Whatever works – and, as I have learned ever more experientially over the last two years since Inner Engineering, I simply accepted what was before me and watched my poor mind try to grasp the ungraspable, finally surrendering, and get gently blown like an over-taxed circuit. I recalled what Sadhguru had said about living ecstatically and devotionally, and felt a sudden contrast with the dry sterility of much of westernized living – even most of our festivals lack lustre.

My mind cannot grasp all that it has soaked in over those three days, so I’ve left it to my heart to write this piece, trying to capture just a whisper and a glimpse of the extraordinary kaleidoscope of the Goddess’ birth! May the energy of the Devi bring joy and devotion to all our hearts...

Happy Birth, Devi, to You! 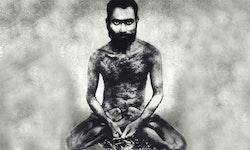 Lifetimes Three - Bilva
Sadhguru tells us about Bilva, an intense devotee of Shiva, in a small village in the present state of Madhya Pradesh.
Article

Mahima – Seat of Grace
Situated at the Isha Institute of Inner-sciences in US, Mahima is a 39,000 sq.ft. hall, the largest of its kind in the West, created by Sadhguru as a doorway to the mystical dimensions of life.
Article 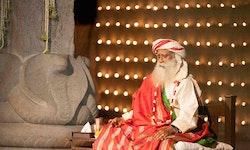 Red – The Colour of Exuberance
Sadhguru explains why red is such a significant color for Devi.
Poem

Adi Guru
Sadhguru shares a poem about Adiyogi - the first yogi and the first guru in the yogic tradition.