Isha Samskriti Students share their experience of performing in the renowned Tyagaraja Aradhana, an annual festival of Carnatic Music.

In honor of Saint Tyagaraja – one of the greatest music composers in South India, the annual Tygaraja Aradhana is held on Begulapanchami, the fifth day after pournami in the month of Thai (usually falls on January or February). This year, Isha Samskriti had the rare privilege of singing in the aradhana. Here is their sharing… 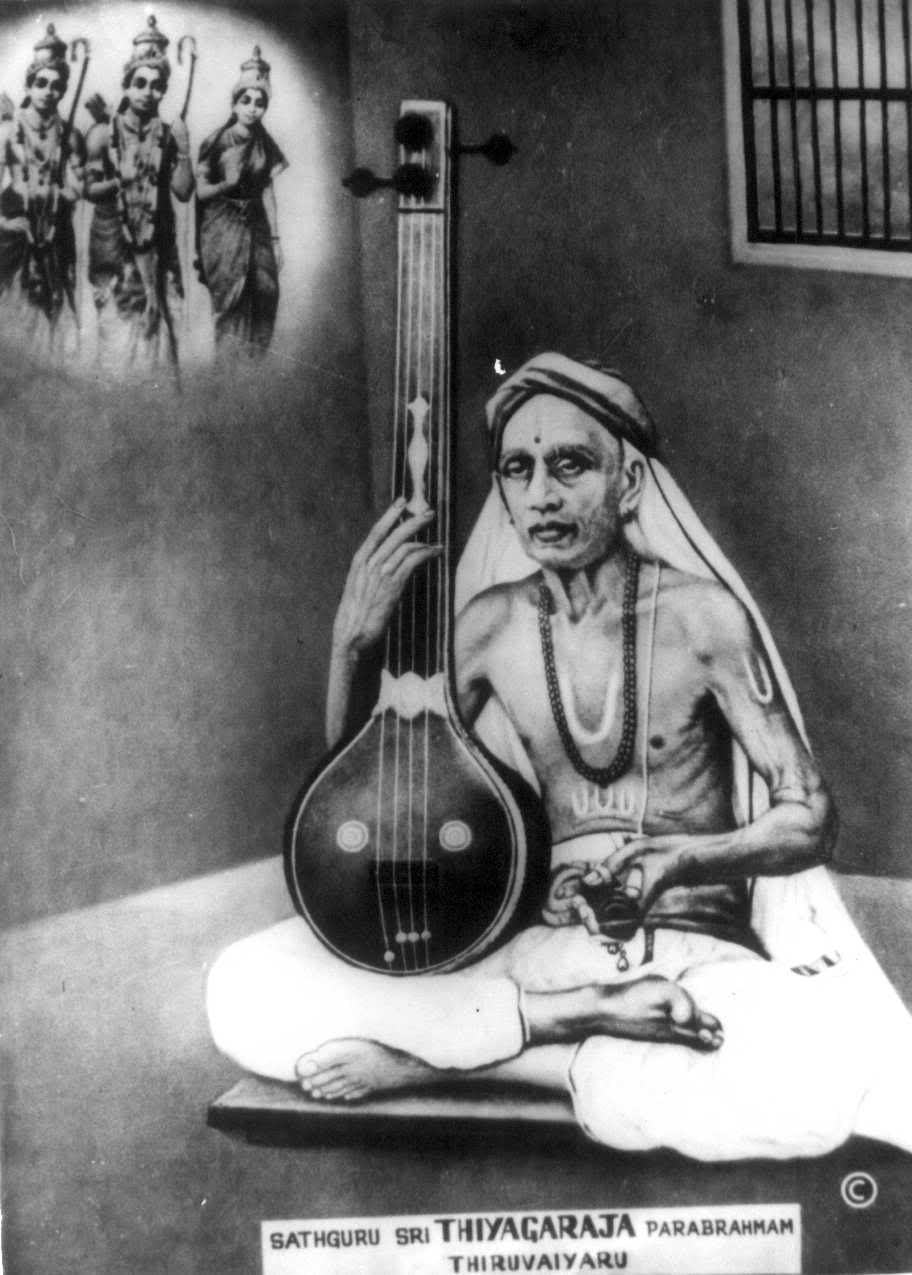 Saint Tyagaraja is one among the trinity of Carnatic music, along with Muthuswami Dikshitar, and Shyama Shastry. His contributions to this art are of immense value and have shaped Carnatic music in its current form. They lived in the 17th and 18th century CE and thus, this is known as the “Golden Era” of Carnatic music.

Tyagaraja's compositions are an outpouring of his devotion, with many krithis (musical compositions) praising Lord Rama, his Ishta Devatha (chosen god for worship). One incredible composition is the one he composed as he was nearing his death, where he mentions that Rama would take him. A week later, he attained samadhi.

Since then, over the last 166 years, the Tyagaraja aradhana has been celebrated on this day with great splendor in the quaint town of Thiruvaiyaru, as various musicians come to offer their tribute to Saint Tyagaraja.

Isha Samskriti at the Tyagaraja Aradhana

The auspicious morning began with the mangalaisai (Nadhaswaram with Thavil). After this were– the pancharatna kritis. “Pancha” means “five,” and “ratna” means “gem.” The pancharatna kritis are a set of five songs, each one with a unique format and structure, considered to be some of the finest compositions by Saint Tyagaraja. The whole audience sang the pancharatna kritis together, and we joined them too. The situation broke all boundaries of nationality, caste, and culture,and all of us simply sang, not to an audience, but just as an offering to Tyagaraja Swami.

What amazed me about the audience was that almost everyone there –be it the children, grandmothers, priests, shopkeepers, pedestrians or tourists – seemed to have learned some Carnatic music. Even the farmers were swaying their head saying “Aha” and keeping the talam. I even happened to see a man with a broomstick to sweep the streets, standing at the back of the pandal, ardently listening to the musicians, keeping the talam and humming along. It was a bustling, loud, and yet, wonderful atmosphere to be in.

This year, we were given a once in a lifetime opportunityto sing in the aradhana for fifteen minutes. Fifteen minutes in a normal situation would seem to be very little, but fifteen minutes singing at the Tyagaraja Aradhana was no small thing for me.

As our turn to sing neared, we were nervous. This was the first time we were singing classical Carnatic songs in public, unlike the usual chants we do.

By evening, they asked us to get onto the dais and begin. Those few minutes just flew! The next thing I knew was we were getting off stage. I couldn’t believe that it was over. It was a wonderful experience which now fills me with a sense of gratitude to everyone who made it happen the way it did.

Our music teacher was with us throughout, and whenever I saw her sitting in the audience, she always had a smile and a nod of encouragement. I am deeply thankful to her for all the support she gave me and for the doors she has opened in my life.

The next day we went to the nearby town Tiruvarur, the birth place of the trinity – Tyagaraja, Muthuswami Dikshitar and Shyama Shastry. We went to each of their homes and sang their compositions. Just the thought that these beings would have sat right here, perhaps even singing these songs, excited me and made me feel truly privileged.

We also went to the Patanjali temple. This temple was small, simple, and absolutely silent. Except for us, the temple was empty. The wind whistled, while the chirp of birds was heard now and then. The priest took us into the inner sanctum and gave us a handful of vilva leaves to offer at the feet of the deity. When I closed my eyes, I just wanted to soak in that silence. There was something about the temple. It was a beautiful place.

The Tiruvarur periya kovil, where Shiva resides in the form of Tyagaraja, is very different from the modest simplicity of the Patanjali temple. Roofed by magnificent gopurams, Tyagaraja sits decked in gold and diamonds, adorned with flower garlands, as an array of lamps make him glisten bright in the flames – a breath-taking sight. Groups of people gathered for the abihshekam and we sang a song composed by Muthuswami Dheekshithar at that very temple.

We also visited Lalithambika temple, where the Lalitha Sahasranamam was created, and many other significant places. This has been one of the best days ever – to have visited so many temples, have the darshan of so many deities, and even been able to sing for them!

http://i49.tinypic.com/m7rm0w.jpg
Related Content
article
Foxtail Millets - Benefits, Nutrition and 6 Delicious Recipes
The health benefits of foxtail millet are numerous, including weight loss, diabetes management, and pregnancy support. It is high in vitamins and minerals, and has a nutty flavor which makes it a fabulous substitute for rice or wheat in various recipes.
Dec 25, 2022
Loading...
Loading...
article
Isha INSIGHT Day 3 – How to Make Things Happen!
From breaking down success stories to pondering over critical, nationwide issues, Day 3 of Isha INSIGHT was yet another day jam-packed with novel insights and riveting anecdotes.
Nov 28, 2022
Loading...
Loading...
article
Isha INSIGHT Day 2 – A Torrent of Insights
Four remarkable leaders, different industries — Day 2 of Isha INSIGHT was bursting with enrapturing discussion on a range of topics and standing ovations from participants.
Nov 26, 2022
Loading...
Loading...
Close