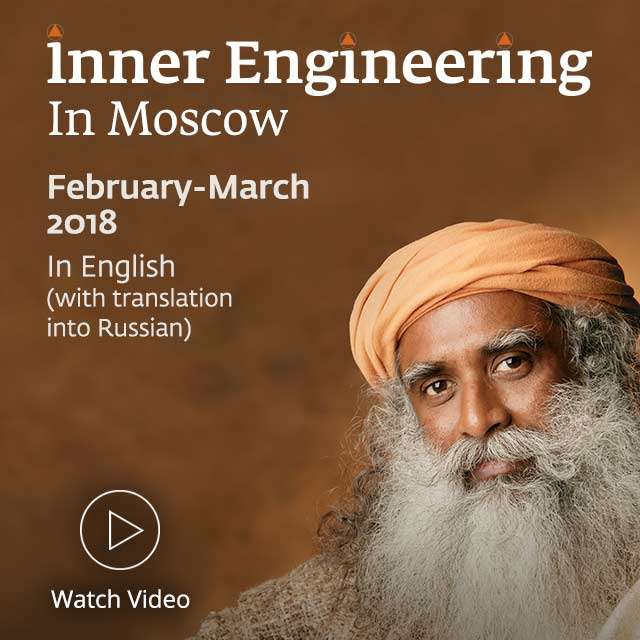 You are invited to a unique opportunity to engineer an inner transformation that deepens your perception of the very way you look at your life, your work, and the world you inhabit.

Inner Engineering is a technology for well being derived from the ancient science of yoga. An authentic program for self-empowerment and personal growth, the course opens up the possibility of living life to your fullest human potential – a potential modern physicists and psychologists say is almost unlimited.

For questions and registration please send a Whatsapp message to +79854275855 or email to russia@ishafoundation.org

“Inner Engineering is neither a religion, nor a philosophy or dogma. It is a technology for wellbeing. One does not have to believe, just have to learn to use technology will produce results irrespective of who you are.” 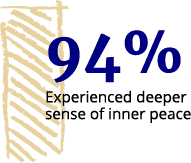 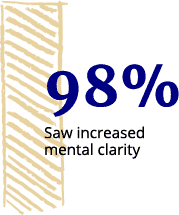 “We have reached a significant moment in the history of humanity. For the first time, we have the necessary capability, technology and resources to address almost every fundamental problem on this planet, including concerns about nourishment, health, education and the environment. Never before was this possible. Everything is in place, but the only thing missing is human willingness to make it happen. For this to take place, a certain inclusive consciousness is needed.”

“ The perspective and practices that Sadhguru has given, gives you the strength and stability to go through the day without getting overly disturbed by stress. My equanimity and sense of calmness in the face of all that life throws at me has certainly improved a lot.”

“ Inner Engineering teaches us to abandon our miseries and live blissfully. The most important takeaway is that we need to ‘make a life’ instead of ‘earning a living’.”

“ The Inner Engineering is a slow miracle wherein the practices outlined help reconfigure our ability to live a fuller, more wholesome life with a complete change of perspective. It is a slow switch that with patience and diligence can begin a major transition in one’s life. ”

Yogi, mystic and visionary, Sadhguru is a spiritual master with a difference. Absolute clarity of perception places him in a unique space, not only in matters spiritual but in business, environmental and international affairs, and opens a new door on all that he touches.

Probing and passionate, insightful and unfailingly witty, Sadhguru's talks have earned him the reputation of a speaker and opinion-maker of international renown. He has been conferred the Padma Vibhushan, the Government of India’s highest annual, civilian award, accorded for exceptional and distinguished service. He has been a lead speaker at the United Nations General Assembly, a regular at the World Economic Forum, and a special invitee at the Australian Leadership Retreat, Indian Economic Summit and TED.

His astute and incisive grasp of world affairs, as well as his unerringly scientific approach to human wellbeing have had a transformative influence at establishments such as the World Bank, House of Lords (UK), the World Presidents’ Organization, the Massachusetts Institute of Technology, the London Business School, Google, and Microsoft, to name a few.

With a celebratory engagement with life on all levels, Sadhguru's areas of active involvement encompass fields as diverse as architecture and visual design, poetry and painting, ecology and horticulture, sports and music. He is the designer of several unique buildings and consecrated spaces at the Isha Yoga Center, which have received wide attention for their combination of intense sacred power with strikingly innovative eco-friendly aesthetics.

Sadhguru is also the founder of Isha Foundation, a non-profit organization dedicated to the wellbeing of the individual and the world for the past three decades. Isha Foundation does not promote any particular ideology, religion, or race, but transmits inner sciences of universal appeal.