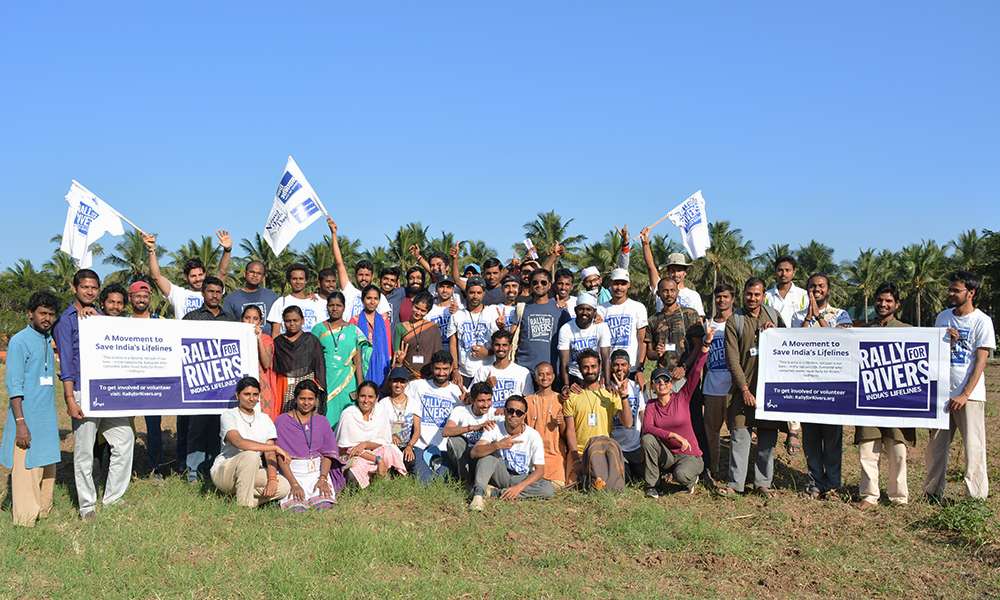 Swami Vivekananda said, kicking a football will take you closer to the Divine than any amount of prayer. In this month the dynamic group of young individuals, known as Nadi Veeras, took some time off to bring more playfulness into their activity, and remember that it is in celebration that they intend to revive our rivers. Their focus and commitment to working towards establishing Rally for Rivers as a movement, which lives in people’s minds and hearts, received new impetus thanks to this spirit of celebration.

On January 12, Swami Vivekananda’s birthday, also known as “National Youth Day”, was celebrated by the Nadi Veeras in a grand manner at the Isha Yoga Center. They used the occasion to create a platform for everyone including guests, students and volunteers to enjoy and relive their youth.

[pullquote] Sadhguru’s call to the youth of this nation still reverberates in our hearts.  Sadhguru’s mention of Swami Vivekananda’s call encouraged all of us to think bigger than ourselves and come forward for this cause. Swami Vivekananda has been a source of inspiration and a role model for many of us.” – Sai, Nadi Veera [/pullquote]

The #RepublicDay2019 celebrations at the #IshaYogaCenter took place at Malai Vasal, where it was attended by volunteers,Isha Samskriti students & local villagers. The chief guest was Shri. Vel Murugan, DSP of Perur Sub-division,who hoisted the flag & inaugurated the celebrations. pic.twitter.com/cZd7xhMDzF

A special video was released on the day…

Editor’s Note: We are looking forward to a major scaling up in on-ground action in 2019. Join us and become a part of the driving force. Register to volunteer full-time at RallyforRivers.org