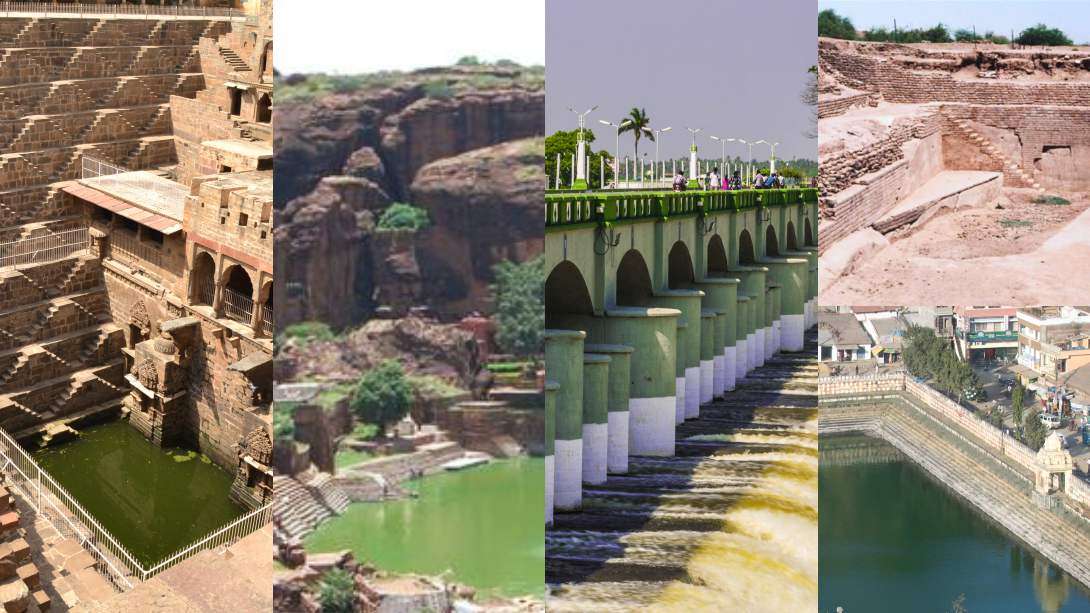 At the culmination of the month-long Rally for Rivers journey across the country, the Revitalization of Rivers in India Draft Policy Recommendation was presented to the government on October 3, 2017. Want to learn more about exactly how this multi-faceted approach will aid India’s rivers? We’ve provided a series of excerpts from the document for you to explore. In Part 4, we delve into the history of water usage in India, and the development over time of various technologies which once ensured the sustainable use of resources.

India’s spiritual ethos of reverence towards rivers ensured that societies upheld the fundamental practice of using these resources only within the limits of their ability to replenish themselves in a short period of time. With the rivers giving humans life-giving water, and humans, in turn, taking care not to exploit the river to depletion, our relationship with rivers over the ages has been one of interdependence.

The current exploitation of rivers cannot be blamed entirely on the growth of our population or the development of our society over time. Irrigation development can be traced back to prehistoric times in India. Ancient scriptures refer to construction of wells, canals, tanks and dams and their efficient operation and maintenance. [4]Evidence of the use of irrigation to produce food grains in the Indus Valley Civilization traces back to over 5000 years ago. Most of the water needs were met from surface water bodies, and a small section of needs were met through shallow aquifer wells. Small construction works harnessed river water for irrigation. In Maharashtra, 3700 year old irrigation structures have been found. In the Mauryan period it is recorded that farmers paid taxes for irrigation water from neighboring rivers. [5]Poems were written on palm leaves in the Sangam period which date back to 150 BCE – 200 CE. In the Sangam literature, one finds mentions of paddy, which was cultivated even in those times on the banks of Thamirabarani River. It is also recorded that irrigation in Tamil Nadu increased during the Chola and Pandya Kings’ time (750-1300 CE). [6]The grand anicut across Kaveri was built 1800 years ago, and its basic design is still in use.

The emphasis of irrigation systems was initially on run-of-the-river schemes. It then moved on to systems of storage through manmade tanks called eries in Tamil Nadu, kalyanis in Karnataka and the bedis and stepwells of Rajasthan. These storage structures were built to hold the excess water from the runoff during rainy seasons, with the remaining water flowing into the rivers. The technologies they developed ensured that the water cycle was closed; there were no open loops.

We as a civilization have lived sustainably well since the Harappan times without the threat of depleting water resources, which we are facing today. We were irrigating, conducting trade, using our water resource for our daily needs, and all of it reasonably well. So how did we reach the present water crisis – drying up of rivers, ponds and lakes, and overexploited groundwater? Before we try to understand this, it will be useful to have a perspective on what rivers mean to human beings.