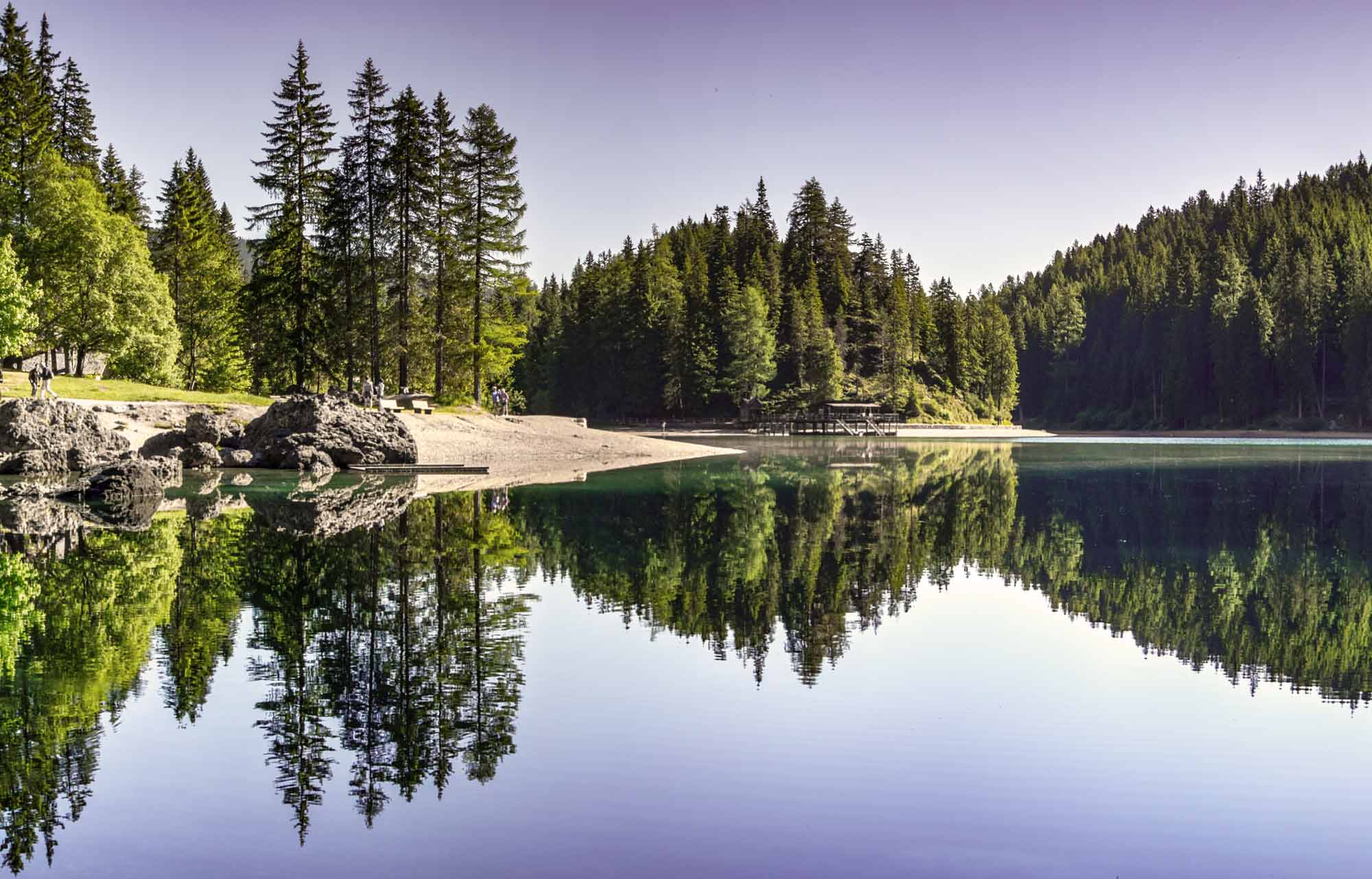 Sadhguru writes about the alarming situation of rapidly receding rivers in India and identifies effective measures to counter this development and prevent disaster. He says, “We are destroying the soil and the water resources at such a rate that in another fifteen to twenty years’ time, we will not be able to feed these people and quench their thirst anymore.”

If you ask me what rivers mean to me – they are the very origin of our Indian civilization. At the riverbanks of the Indus, Sutlej, and the ancient Saraswati River is where it all began. And around Krishna, Kaveri, and Godavari, the southern part of this civilization developed. These rivers and this land have nurtured us for thousands of years. Now in two generations, we are turning it into a desert. If you fly across India, you will see very few green patches – the rest is all arid land. Our rivers have been depleted dramatically in a matter of a few decades. Indus and Ganga are now among the ten most endangered rivers on the planet. Kaveri is maybe forty percent of what it used to be when I was a young boy. For the last kumbha mela in Ujjain, they had to pump water from the Narmada to create an artificial river, because there was no water in the Kshipra. Rivers and streams have gone dry. The groundwater levels have fallen drastically in recent years. Drinking water has become scarce in many places.

“Our rivers have been depleted dramatically in a matter of a few decades.”

There are basically two types of rivers in the country – ice-fed rivers, and forest-fed rivers. The situation of the ice-fed rivers is not entirely in our hands because increasing temperatures are a global phenomenon. In the Indian Himalayas, mountain peaks that used to be snowcapped the whole year round have turned bare. Gomukh, the glacier origin of the Bhagirathi River and the Ganga, has retreated by almost a kilometer over the last three decades. The melting of the glaciers and the lack of snow are starkly visible in the Himalayas. The phenomenon of depleting water bodies is prevalent across the Indian subcontinent. We must initiate the necessary steps to prevent a disaster beyond imagination.

There are various kinds of approaches. One measure that a lot of states have taken so far is to build check dams, often turning the river into a string of ponds. Another one is digging pits in the river and filling it with boulders so that the water percolates and wells around are replenished – this is a sure death knell for the river. These kinds of approaches aim at exploiting the rivers, not saving them. A naturally flowing river has a completely different ecology. When the land was covered by rain forest, the precipitation gathered in the streams and rivers, and they were in full flow. In order to feed the rivers, the soil around them needs to be wet. Today, the whole land is ploughed. Without sufficient amount of shade and constant replenishment through organic material such as leaves and animal droppings, the top layer of the soil leaches out and turns to sand over a period of time. Trees are gone; animals are slaughtered – there is no replenishment of the soil.

“The root cause of the problem is that from 1947 to today, our population has quadrupled – from 330 million to 1.3 billion in a matter of seventy years.”

Though we have a plethora of problems in the country, one big feat we can be proud of is that our farmers have somehow managed to feed 1.3 billion people, at least to a minimum extent. But not for much longer. We are destroying the soil and the water resources at such a rate that in another fifteen to twenty years’ time, we will not be able to feed these people and quench their thirst anymore. This is not some doomsday prediction. There is unequivocal evidence that this is where we are headed. Not all the factors that impact a river are in our hands. Still, there are substantial measures we can take to enhance the flow of the river and the economic activity around it at the same time. The simplest and most effective approach is to increase the tree coverage around the water bodies. But a large part of India is farmed land, which we cannot convert to forest. The solution is to shift from soil-depleting crops to tree-based agriculture. For that to happen, we need to create the necessary awareness and induce policy changes.

Through the mass tree planting movement of Project GreenHands, over thirty million saplings have been planted in Tamil Nadu so far. Individual tree planting efforts help improve the situation. But if we really want a solution, there has to be a policy change on a governmental level. The Rajasthan government has done a fabulous job in planting trees around water bodies, which already reflects in raised groundwater levels. The government of Madhya Pradesh has recently started allotting a subsidy for two years for farmers who grow tree crops along the Narmada River. The other day, the Uttarakhand High Court has declared Ganga as a living entity with legal rights, and instructed the government to form a board to oversee its cleaning and maintenance. These are first steps in the right direction.

It takes a national policy that includes all major rivers and their tributaries to bring about substantial change in the country. The root cause of the problem is that from 1947 to today, our population has quadrupled – from 330 million to 1.3 billion in a matter of seventy years. The question is, are we going to address this issue? Another contributing factor is that of changing consumption patterns, which is something we can hardly turn back. If we are sensible, we can control human population, but we cannot control human aspiration. The simplest solution is to create green cover around the rivers. I would suggest one kilometer on either side of all the major rivers; half a kilometer for all the tributaries. We need a policy which establishes that where there is government land around water bodies, forests will be created; where there is private land, horticultural crops will be planted.

“We need a policy which establishes that where there is government land around water bodies, forests will be created; where there is private land, horticultural crops will be planted.”

There is substantial research on agroforestry and horticulture that we can draw upon. The important thing is to create a canopy of trees for shade, organic activity and organic matter, for the soil to become rich and moist. Only if there is enough moisture in the soil, can it feed the streams and rivers. We need to come up with a comprehensive plan that is profitable for the people who live on the riverbanks. You cannot expect a poor farmer to save the planet when he is struggling to make a living. Tree crops have to be economically more attractive than soil-depleting crops. The river interlinking project that some people advocate may work in a temperate climate, but not in a tropical region with high temperatures and seasonal rain. It would be super-expensive and detrimental for the rivers and the organic activity around them. We have to appeal for this project to stop. Just because a certain amount of money has already been invested into it does not mean we have to continue the same.

We urgently need to shift from thinking of how to exploit our rivers to how to revitalize them. We have to make everyone in the country aware that there is an express need for action to save the rivers. We are planning to hold a rally through sixteen states. The tentative route will start from Kanyakumari, Tamil Nadu, go up to Uttarakhand, and end in Delhi. In each of the sixteen state capitals that we come to, we will hold major events to make a strong pitch for saving our rivers. Until now, each state has been acting as if they were a separate existence by themselves. We need all the states to come together and work out a common policy. The fact that the Center has moved a bill to create a single tribunal to resolve water-related disputes between states could help facilitate that.

Once the policy is established, implementing it fully will take a while. Cutting down a tree is done in a day. Making it grow takes many years. The equation is simple. Adjacent to the rivers, there have to be trees. If we create vegetation, it will hold water, and the rivers will be replenished. If we spread this awareness to everyone in the country, arrive at a common policy, and start the implementation, it will be a huge and successful step for the future of our nation and for the wellbeing of generations to come.