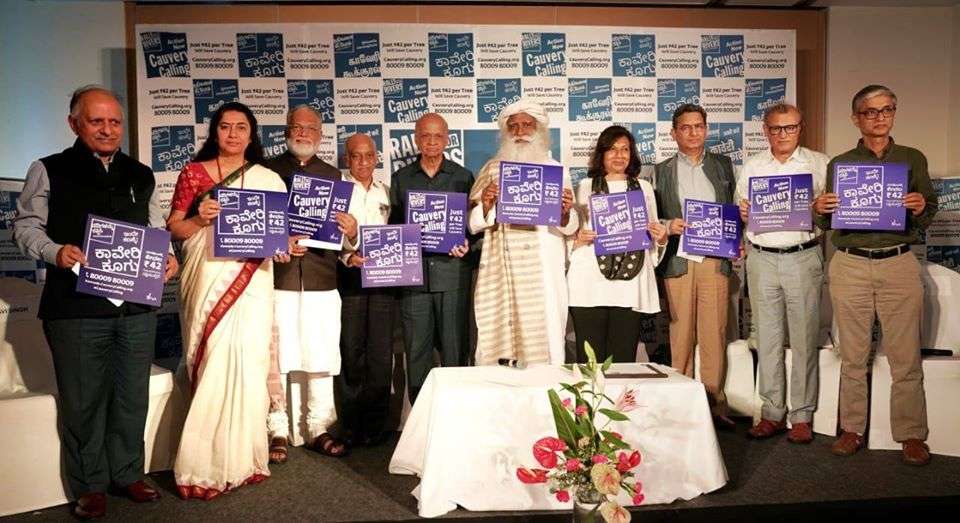 The Rally for Rivers Board held its third meeting in Bengaluru today where Sadhguru announced the launch of Cauvery Calling, an initiative to revitalize river Cauvery through a unique model that makes ecological preservation a profitable venture for farmers and contributes significantly to a rise in their income levels. This is the second river revitalization project launched by RfR. The pilot project is underway in Maharashtra to revive the Waghadi river in Yavatmal district, infamous as the farmer’s suicide capital of the nation. Cauvery Calling will enable over 50 lakh farmers in the river basin spanning Karnataka and Tamil Nadu, to plant 242 crore high-value trees on their own farmlands and harvest them for economic gain. The trees will put one-third of the Cauvery basin in shade and sequester 9 to 12 trillion liters of water in the river basin. It is expected to raise farmer income by 300 to 800% in 5 to 7 years as well as improve soil health and groundwater levels. It will impact the food and water security of 84 million people who reside in the river basin.