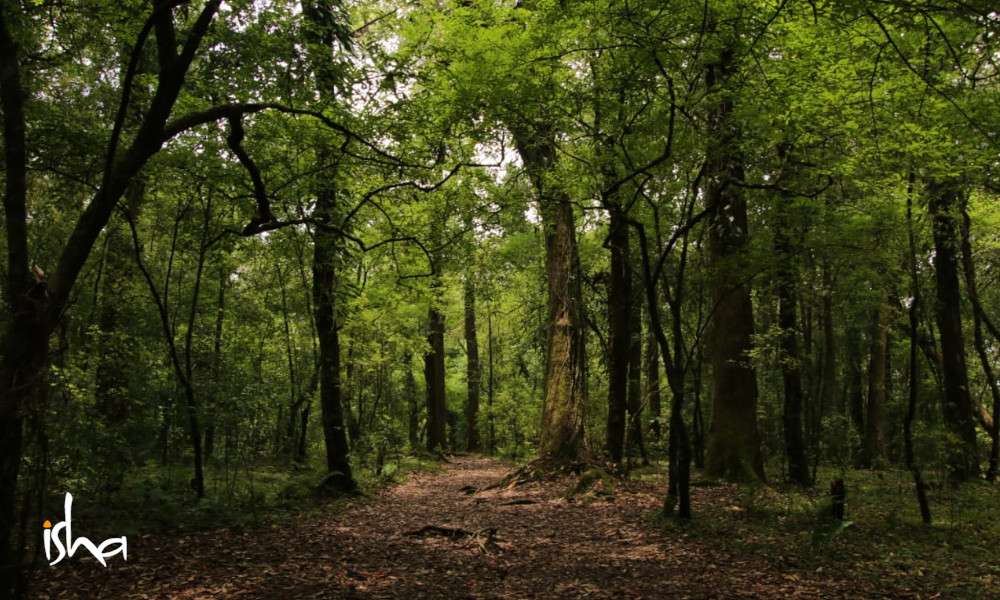 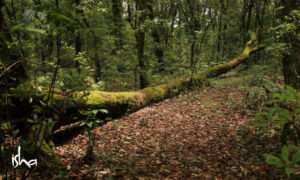 Nature worship is a common practice around the world, and India is no exception. Stories abound with examples of ancient reverence for trees and an intrinsic understanding of their crucial role in the ecosystem. One king of a coastal region planted mangrove trees to serve as bio-shields around his lands, keeping them safe from hurricanes. Another grew rain-attracting trees around the rivers, so the deities, the trees themselves, can act as rain gods and keep the river flowing. The Buddha attained enlightenment in different stages under five different trees.

In a forest in Maharashtra, for instance, some locals felled a patch of trees, and now the stream that fed them water has dried up and the Great Pied Hornbill has flown away. They believe it’s the wrath of their forest deity, Kal Bhairon. For the most protective gods are also the meanest and most vengeful.

An Army vehicle in 1970 once tried to remove fallen wood out of the Mawphlong forest, but their exit was prevented due to engine failure. They may have been lucky because the legend says that removing anything from these forests, from a pebble to a leaf, means certain death.

The magnificent Mawphlong Forest is home to the Khasi tribe who rule it. They believe in divine retribution for anyone breaking forest rules, which are not to disturb even a stick or fallen flower on the forest floor on threat of supernatural harm. 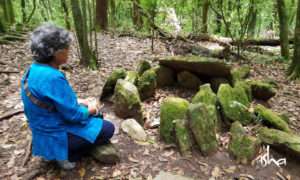 Vijji, an Isha meditator from Bangalore, shares her recent trek experiences and ethereal photos of Mawphlong Forest, located close to Shillong and near the border of Bangladesh, in Cherrapunji, Meghalaya, long known as the wettest place on Earth.

Wildlife take refuge here, and the tribals believe that if one kills a snake, a nest of snakes will multiply and take revenge. The Khasi tribes encourage visitors to donate money to the deities, which will be used for tribal welfare such as a girl’s education and forest maintenance. Local forest guides ensure the area’s sanctity as they encourage visitors to avoid taboos.

Vijji describes the forest as very old, with fallen trees and stones overgrown with moss, and containing hundreds of varieties of orchids and other herbs, pink and yellow mushrooms in different sizes, and many auspicious trees, such as the Rudraksh. The guide explained that there are more than 300 sacred groves in the world and 90% can be found in India.

Blessings Of The Deity 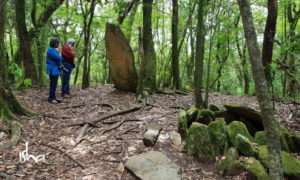 Vijji was taken to the abode of deities. These are typically monolithic stones, vertical pillars or horizontal slabs, that may represent ancestors or forest spirits. In the past, these formations were the sites of animal, and even human, sacrifice, as offerings for the gods.

She shares having a heightened, almost mystical, experience of meditation, as she and her companions sat in a remote and quiet area in front of a snake lily to meditate. She describes snake lilies as beautiful, similar to nagapushpa flowers that have a hood, exactly like a snake, and under the hood is a shape just like a lingam. As she sat in meditation, after some time, she says, “I felt there were snakes all around me. Then, I opened my eyes and looked around and noticed there were snake lilies all around, which no one had noticed before. I had seen only the one. It was an amazing experience, hard to describe, but it gives me goosebumps to tell the story. Everyone should go to a sacred grove sometime.”

The practice of making the forest sacred allows the forest to endure. The sacred groves represent a perfect model for the harmony between man and nature and offer an alternative attitude that for millennia has been producing literal fruit, and birds, and butterflies, and flowers.

The story of these groves can seem fantastical to modern people, full of taboos and superstitions that warn you of trespasses. We can never confirm the power of the forest gods as upheld in the tribal lore, but it is an actual fact that the belief in them has helped preserve these ecological marvels and a biogenetic heritage unharmed by man. These beliefs have played like a divine hand in preserving forests that would otherwise have been destroyed for wood, dams, by pollution, or sold for the high price of land.

Whether wrathful or loving gods actually dwell there, the sacred groves that live on today are incredible examples of an ancient ecology at work. The sacred groves are beautiful to visit, but they also provide an encyclopedia of botanical and biological knowledge for scientists and educators. 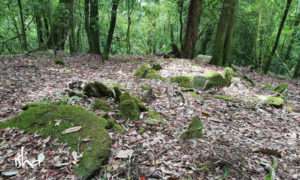 These forests are the hallmark of environmental conservation. They are like biological museums where rare medicinal plants grow and where endangered flora and fauna find shelter under protective canopies. With rich vegetation and tree cover, these are the environments that help maintain cool carbon levels, prevent soil erosion, and provide the type of porous soil that holds ground water.

Organic matter available everywhere in these deep woods creates the foundation for perfect soil, fortified and porous in a way that can hold water long after the monsoon rains have left the scene. The soil becomes a sponge – feeding the aquifers, raising the water table, and facilitating water flow into streams, ponds, and rivers, which eventually reach local people, who depend on it for sustenance.

When You Save Water, it Saves You Back

The forests were maintained because there was something within the culture that built a connection between the people and the land. Dismantling this connection has a consequence to our vital resources, such as water, because when the ecosystem is disturbed, in the act of felling trees for instance, other aspects will also be degraded.

One clear example is in the “Sacred Groves and Water Conservation” study by Gayatri S. Naik, Ramachandra, T.V., et. al., in which 12 wells from two adjacent forests, both containing temples, were compared side by side. One forest is a sacred grove maintained and protected by the traditional practices, rich in growth. The other forest has been abandoned by the stewards and is dominated by sparsely growing scrub brush.

Their difference is drastic. In the sacred grove data, the water table was higher, water use was lower, and the wells in the sacred groves contained 2 and 3 meters more water than the abandoned forest.

The existence of forests around rivers also impacts the availability of water in surrounding regions. In a study from the Yale Journal of Biology regarding the western Ghats, it was found that over the course of four decades, tree cover depleted by 30%. Meanwhile industrial development increased tremendously to include a dam, a paper mill, and a nuclear plant, which led in part to forest land becoming agricultural land. Evergreen forests were reduced by around 25%.

This study measured how considerably ground water was lost in relation to the loss of forest cover, as well as the resulting impact on the nearby Kali River. Where there is more forest (70% or more, e.g., the Ghats) or ocean, the Kali River runs perennially. Whereas in more arid or in agricultural areas, water is scarce for either half or most of the year, with Kali River sometimes flowing and sometimes not.

Another startling fact of this report is that farmers near forested areas earned nearly 5 times more than those beside rivers where forests had been destroyed. Furthermore, the evidence shows that industrial activity contributes to soil erosion, so that the soil in those areas can no longer retain moisture.

In Sacred Plants of India, Krishna and Amirthalingam claim that “Sacred groves probably represent the single most important ecological tradition of ancient Indian culture.” The worship of nature created an ecologically sustainable system between the environment and inhabitants. After surviving for thousands of years, sacred groves are now in danger of becoming a casualty of modernity. One cause of the sacred grove’s demise is the change in mindset of the people who once were the stewards of the land. Over time, the traditional beliefs and values of the communities have dwindled. Another reason is the varieties of encroachment due to the development of the land or the use of its resources, and very simply, overpopulation.

Ecologists have started to appreciate how people traditionally used their resources without destroying them. Once upon a time, in enchanted forests, there was an ancient belief “that once the deity is established the conservation of the forest in that area is automatic and natural due to the blessings of the deity.” The sacred groves show the value of self-sustaining, undisturbed natural environments and offer possibilities for creating alternative models inspired by these pinnacles of biodiversity.

The global climate and water crisis are a plain reality. Sacred groves don’t just sustain our natural resources but show how such ecosystems do very well when they are unmodified by man. The presence of these forests also demonstrate that water security is higher in regions that are near to such environments. As we face dwindling water supplies across India and the globe, it may just be an angry god of nature taking vengeance for human neglect.